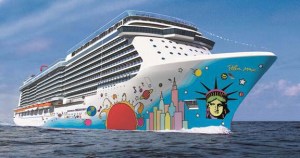 By Tom Stieghorst
Norwegian Cruise Line will shuffle its lineup in the Caribbean in the winter of 2014 after the arrival of Norwegian Getaway in Miami.

Norwegian Sun, currently sailing to the southern Caribbean from Miami, will shift to Tampa, while Norwegian’s current Tampa vessel, Norwegian Dawn, will debut in New Orleans.

In addition, Norwegian Jewel will sail from Houston, giving Norwegian passengers five homeports (including New York) to choose from when going to the Caribbean.

Norwegian’s itineraries for 2014-15 also include an increased schedule of Mexican Riviera cruises. Norwegian Star will offer seven-day cruises from Los Angeles to Mexico in December 2014 and March of 2015.