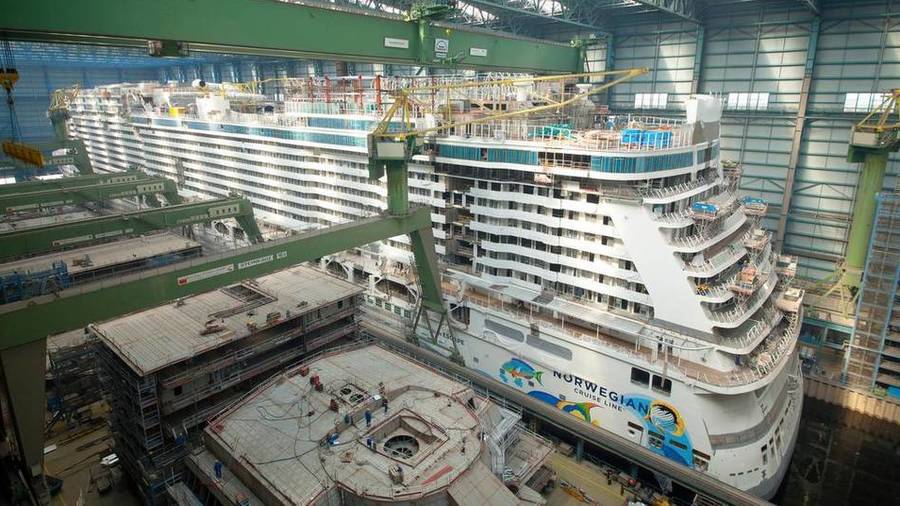 As the second ship in this year is the new cruise ship, the Norwegian ESCAPE leave the covered building dock of MEYER WERFT on Saturday, August 15, 2015. Extensive testing of security systems, mechanical and plant trials and completion of interior work had determined in the last few weeks the course in building dock II. The undocking of the ship that will be built for the American company Norwegian Cruise Line (Miami) starts at about 8:30 clock. After undocking and subsequent testing of thrusters, stabilizers and launching of lifeboats the ship will moor at the pier in the shipyard harbor.There, the lining of the chimney and the mast is fitted with a mobile crane.

To facilitate the application of the Norwegian Escape at the pier, which is currently located at the fitting first swimming part of the Ovation of the Seas will be hauled. The second float member, which is currently in the building dock II shipyard is expected undocked on Friday afternoon and then also within the shipyard harbor. After undocking the Norwegian Escape are the two parts of the swimming Ovation of the Seas, which will be completed in spring 2016 maneuvered for further construction in the building dock II free. 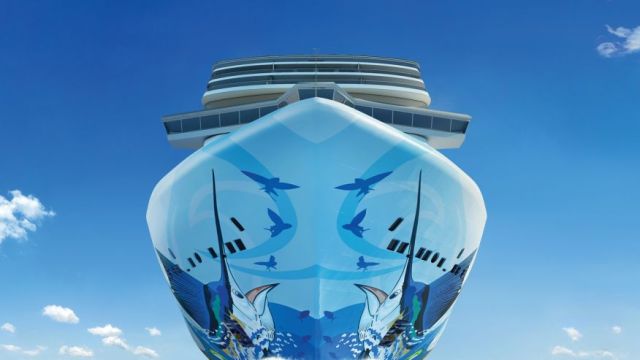 At the fitting of the MEYER WERFT the final work and tests are carried out on the ship in the following days. Few days later, the first members of the crew then relate their cabins on the ship and familiarize yourself with the ship and its various systems and equipment. Already in mid-September will start their EMS overpass towards the North Sea, to ask where their seaworthiness prove the Norwegian ESCAPE. On September 5, we will make the ship nor the backdrop for this year’s NDR 2 Papenburg Festival.

The 164,600-gt construction has an overall length of 324 meters and is 41.4 meters wide. It is built to meet current safety regulations and meets all known environmental regulations.

A webcam is under www.meyerwerft.de transmit the undocking.