The NSW Government and Port of Newcastle have revealed the design of the new Newcastle Cruise Terminal which will transform the cruise passenger experience in Newcastle, according to a prepared statement.

The purpose-built facility will cover approximately 3,000 square meters and will include facilities for passenger drop-off and pick up, coach parking and vessel provisioning.

Port of Newcastle’s CEO, Geoff Crowe, said the Newcastle Cruise Terminal would provide a professional transit experience for passengers arriving in Newcastle and a positive first impression of the city.

“We are excited to share the concept design for the Newcastle Cruise Terminal which reflects Newcastle’s position as a world-class cruise ship destination. The traveller experience is central to GHD Woodhead’s design, with harbour views, ease of movement, natural daylight and a generous sense of spacing greeting passengers.

“The new cruise terminal, to be built at the Channel Berth, will enable the Port to receive more and larger cruise ships in the future. Importantly, it will position Newcastle as a home port where ships can start and finish their destination in Newcastle. Eventually, cruise visits could also be aligned with major events, such as the V8 Supercars, adding another dimension to the visitor and tourism experience,” said Crowe.

“According to the Australian Cruise Association’s estimates, cruise shipping in Newcastle currently injects around $11 million per annum to the local economy. Homeporting has the potential to deliver even more economic value to the region via more cruise ships and more visitors and the opportunity for local businesses to provide goods and services for the provisioning of vessels.”

The design was unveiled by the Parliamentary Secretary for Planning, the Central Coast and the Hunter, Scot MacDonald, who said the Newcastle Cruise Terminal would be a major boost for the Hunter’s tourism sector.

“The Newcastle Cruise Terminal is a big win for the region and a key part of Newcastle’s revitalisation. It cements the city as an international cruise destination and will deliver flow of benefit to the region’s already thriving tourism industry. Additionally, it complements the increased capacity of Newcastle Airport,” said MacDonald.

“The NSW Government has contributed $13.1 million towards the $13.5 million Newcastle cruise upgrades*. The Hunter Research Foundation has estimated the projects will contribute around $26.7 million to the local economy and an additional 76 jobs through construction and flow-on effects.”

Crowe said he was thrilled to share the design with the community after many months of detailed planning.

“Throughout the design process, Port of Newcastle has worked with the cruise industry, tourism representatives and Australian border agencies to factor in their requirements.

“Unveiling the design is a significant step and it is only going to get more exciting from here. Construction will commence in early 2018 and Novocastrians will have a cruise terminal to call their own by the end of next year,” said Crowe.

“We look forward to welcoming the Explorer of the Seas on her maiden visit to Newcastle in February 2019 – the largest cruise ship to visit our port carrying 3,900 passengers.” 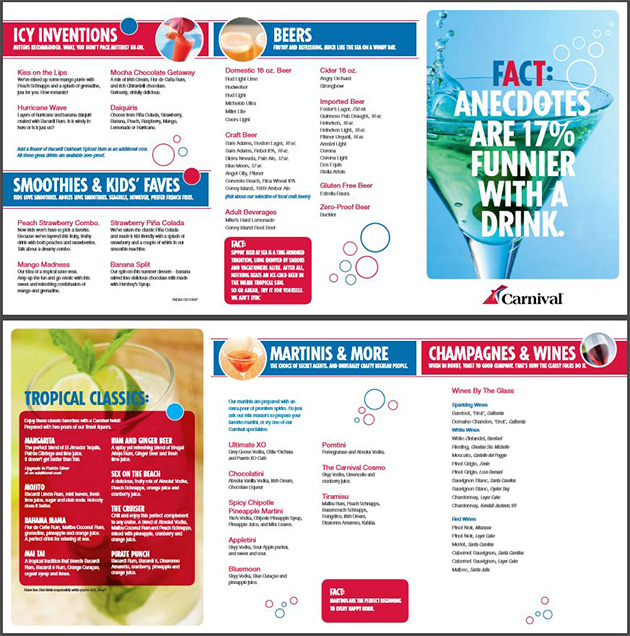 The package includes spirits, beer, and wine and champagne by the glass with a menu price of $50 and below, plus speciality coffees, sodas, juices, non-alcoholic cocktails, milkshakes, energy drinks and bottled water.

Virgin Voyages is promising to reinvent the cruise experience, and one of the most traditional parts of a cruise ship – the funnel – will be rethought and redesigned for the company’s upcoming trio of Lady-class ships.

The design firm has been tapped by Virgin to redevelop the cruise ship funnel.

“This big cruise ship needed elements to be more of a superyacht than a cruise ship,” continued Arens.

“What Virgin Voyages really wanted to do was to create something very different. They wanted the funnel to be a funnel, but not a funnel.”

Added Adrian Chisnell, project manager:  “It was actually known as the non-funnel … traditionally (the funnel) has been a bit of an afterthought. It has been put on top of the boat.

“This is the first time we know the funnel is not being used in that way,” he said.

The duo from RWD described their design brief for Virgin as luxurious and iconic, while being different, exciting and new.

“The Virgin Voyages ship will hopefully be one of the most recognizable in the world,” Chisnell said.