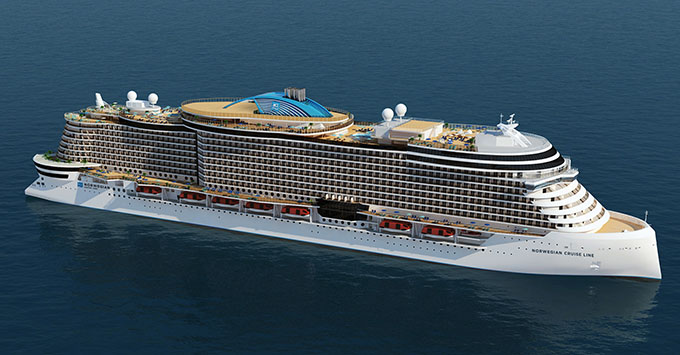 He said: “Our six-ship Leonardo Class fleet will allow us to broaden our deployment into strong performing and mature unserved and underserved markets and offer new experiences to our guests.”

In a statement, the company said the focus of the new ships’ design was energy efficiency and building a size of vessel that would encourage broad deployment opportunities.

With Thursday’s announcement, NCLH has seven ships on order for Norwegian Cruise Line and one for Regent Seven Seas Cruises for delivery through 2027.

The company will take delivery of its newest ship, Norwegian Encore, in autumn 2019.