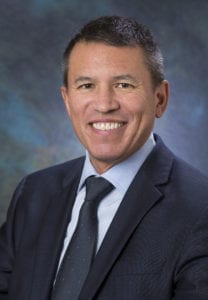 He sold 25,000 shares in parent company Norwegian Cruise Line Holdings in two tranches last week, according to a filing with the US Securities and Exchange Commission.

The sale at $50 per share came after the company reported record second-quarter financial results with earnings of $240.2 million for the three months to June 30.

The lift in profits came despite the impact of the abrupt US government ban on cruise ships calling into Cuba and a technical problem with the ship Norwegian Pearl which forced one cruise to be amended and another to be canceled.

Company president and CEO Frank Del Rio said at the time: “The underlying fundamentals of our business remain strong across all core markets, and we continue to expect record financial results in 2019, despite the impact from the change in federal regulations which resulted in the cessation of premium-priced Cuba sailings.”

NCLH has a market capitalization of $10.88 billion and controls NCL alongside Oceania and Regent Seven Seas Cruises.