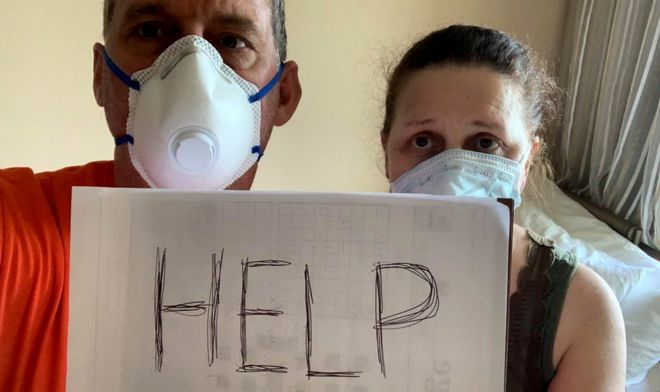 Canadian passengers on the Zaandam, Chris and Anna Joiner, asked their government for help

A cruise ship carrying more than 1,800 people off Panama has begun moving healthy passengers to another ship after four people died and two others tested positive for coronavirus.

The owners of the Zaandam, Holland America, said that more than 130 people on board had reported suffering “flu-like symptoms” and respiratory issues.

The Dutch-owned operator said it was transferring asymptomatic people to a sister ship.

It said this would avoid further cases.

The Zaandam and its sister ship the Rotterdam are both off the Pacific coast of Panama.

The Zaandam was planning to sail to Florida but got stuck after the Panamanian authorities said that no vessel with confirmed coronavirus cases on board could pass through the Panama Canal.

However, both ships were later granted permission to continue their journeys in order “to provide humanitarian help” – although the Panamanian authorities added that no passenger could disembark. 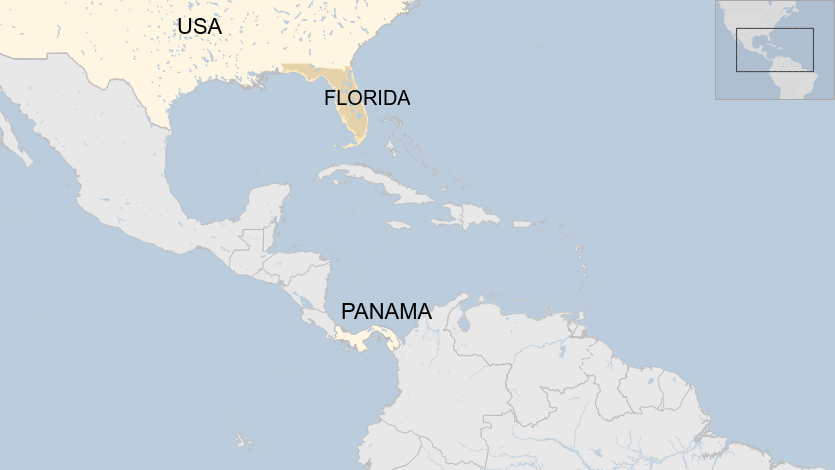 The company first announced its plan to “transfer groups of healthy Zaandam guests to [the] Rotterdam” in a statement on Facebook on Friday, adding that it would follow “strict protocols”.

It said that “four older guests” had died, but did not give further details about the causes of death.

“We received approval from Panamanian authorities to conduct ship-to-ship operations at anchor between the two vessels,” the statement reads. 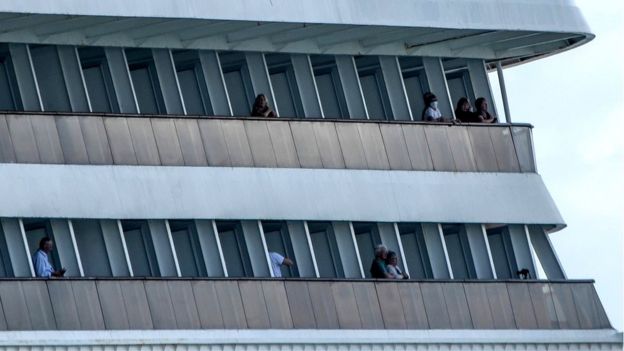 There were initially 1,243 guests and 586 crew onboard the Zaandam, including four doctors and four nurses, the company said.

The Panama Maritime Authority later said that passengers who were not displaying coronavirus symptoms could be transferred to the Rotterdam.

“It has been concluded that it does not represent any risk to our population since it will be carried out more than eight miles from the mainland,” the authority said, adding that the bodies of the deceased would remain on the Zaandam. 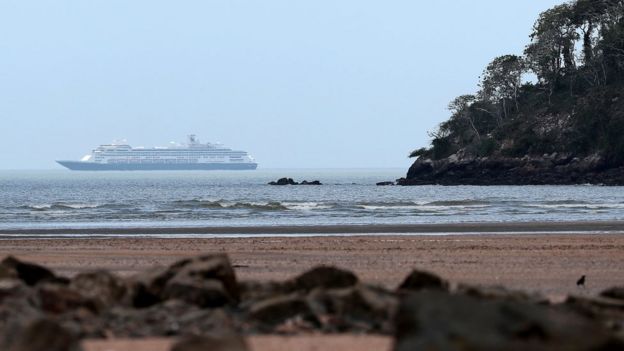 Gurvan Le Pavec, whose parents are onboard the Zaandam, said they have “zero contact with the outside world”, adding: “The only thing everyone is waiting for is a positive outcome and that all the passengers can disembark and go home.”

The Zaandam was on a South America cruise that departed from Buenos Aires, Argentina, on 7 March.

On Friday, Panama reported that 14 people had so far died in the country after contracting Covid-19, with 786 confirmed cases of infection.

There are now more than 10,000 coronavirus cases in South America