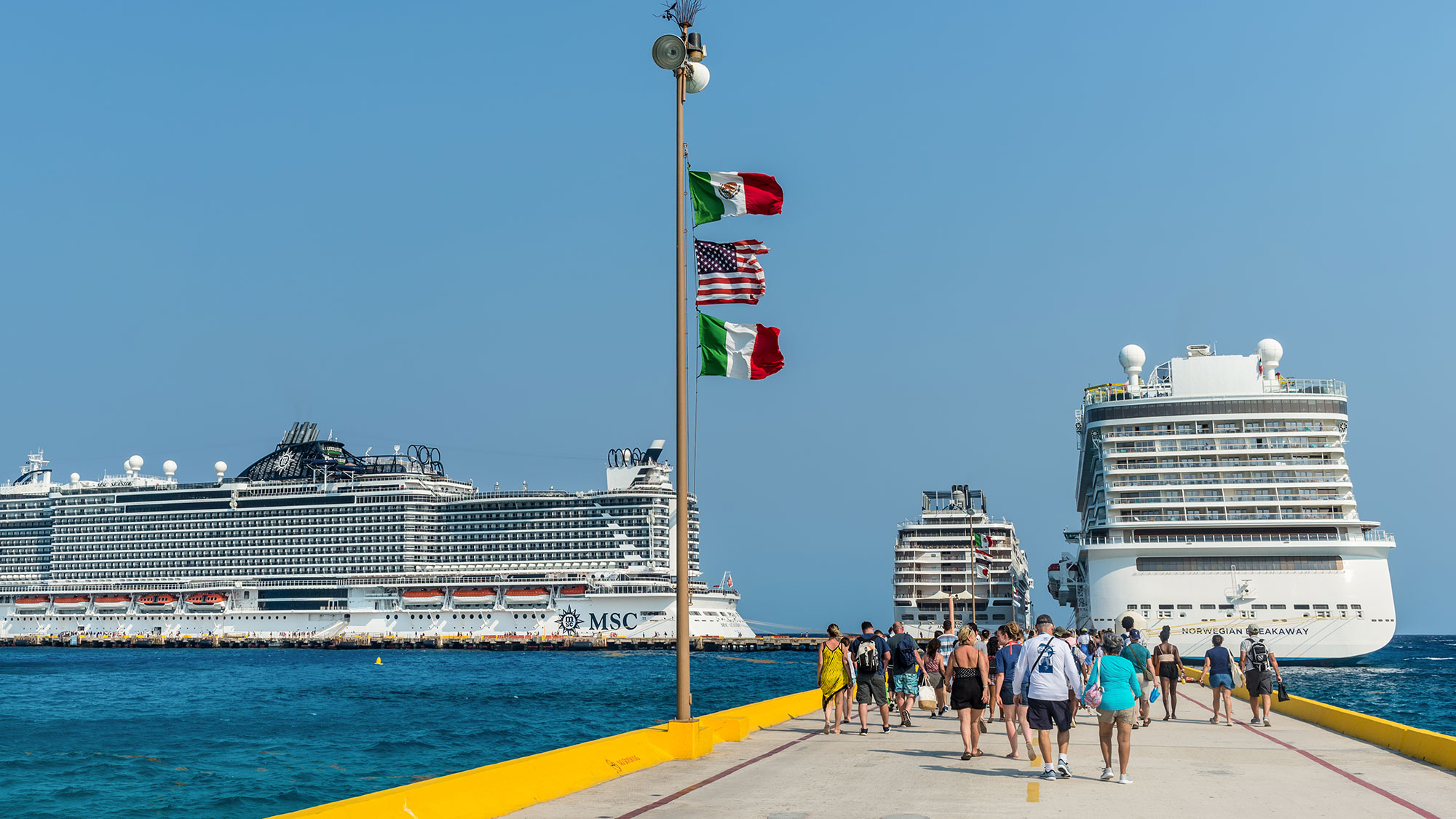 In January, Jessica Fricchione and 10 of her family members booked what would have been her first cruise, a Bermuda sailing out of Baltimore leaving on May 31.

Due to the coronavirus crisis, the group’s sailing was cancelled — and they have no interest in taking a future cruise credit.

“No one in the family wants to book a cruise again,” she said, adding that they were looking into a stay at an all-inclusive resort instead. “I don’t ever, ever want to be stuck on a cruise ship.”

Justified or not, the cruise industry’s reputation took a hit from the high-profile Covid-19 outbreaks on a handful of ships in March and April.

Industry stakeholders acknowledge that media coverage of those ships being turned away from ports and, in some cases, of passengers being quarantined in their cabins for weeks on end is most likely to have an impact on the potential-cruiser set.

In a media call last month, Carnival Corp. CEO Arnold Donald said there was “no question” that the media attention would have an impact on that market segment.

“There have been people who may have been considering [a cruise] who would be having second thoughts at this point in time,” he said.

The first-time cruiser has always been considered critical to the growth of cruising. Despite CLIA lines’ global passenger growth of about 60% since 2009, to 30 million in 2019, cruising is still vastly underpenetrated compared with other vacations: 11.9 million Americans cruised in 2019, only about 3% of the population.

Travel advisors expect that the crisis will cause a decline in the new-to-cruise market.

“When you’re dealing with first-time cruisers, you typically have to overcome some fear of the unknown with cruising, such as seasickness, boredom, claustrophobia,” said Anthony Hamawy, President of Cruise.com. “The current negative press around cruising will add to those fears.”

Signature Travel Network CEO Alex Sharpe said that those who’ve never been on a cruise can’t draw upon personal experience to put into perspective what they are seeing and hearing from the media.

“If you’ve been watching the news and you’re not a cruiser and you can’t put what [ships with Covid-19 outbreaks] have been through in any context with your own family’s great times on a ship, it’s hard to reconcile that and say, ‘That’s my next vacation,’” Sharpe said. “I think new-to-cruise will take a hit in the short term. That will take some time.”

Some cruise lines have found that booked passengers who were new to cruise have been more likely to cancel cruises they had booked during the current operations pause.

Mark Conroy, Silversea Cruises’ managing director of the Americas, said that new cruisers have been more likely than past passengers to cancel and take a refund versus a future cruise credit because they are “more nervous.”

Loyalty program members “will come back first,” he said. “They’re the people that know us and love us and travel with us every year or every other year. They’re the ones that are eager to go.”

Repeat cruisers will lead the way

Many think that those who were once potential cruisers and are now on the fence can be swayed back once cruise lines are up and running.

Charles Sylvia, CLIA’s vice president of membership and trade relations, said that there will be “more challenges ahead with regard to the first-time cruisers” but that people returning from cruises with positive stories will put them at ease.

“Once they see the resumption of operations and once they see friends and family members and co-workers going on cruises and coming home with that same level of enthusiasm and satisfaction, then they will be back — the first-time cruisers will come to us,” Sylvia said.

Donald also said that returning cruise passengers, as well as travel advisors, will be the most important messengers in overcoming the additional concerns non-cruisers have. He added that this is something the industry is accustomed to dealing with.

“We were busy knocking down myths before, and we’ll have to return to that,” he said, adding that the two “most powerful ways” to do that is through travel advisors, “with their knowledge and experience and personal relations with their clients,” and the passengers, who will “provide the kind of testimonials and credibility with their friends and colleagues and relatives.”

And as has always been true for travel coming out of every crisis, for some people, the right price is a big persuader.

“I think, with time, this will be overcome because the vacation value will ultimately win out,” Hamawy said.