Royal Caribbean today announced it had extended its suspension of sailing for its global fleet through June 11, 2020.

The company said it plans to return to service on June 12, 2020, with some previously announced exceptions.

These include Alaska and Canada/New England, where the company expects to begin operating on July 1, 2020.

The company is providing guests on the affected sailings with a 125 per cent Future Cruise Credit to re-book a new cruise by Dec. 31, 2021, for sailings departing on or before April 30, 2022. 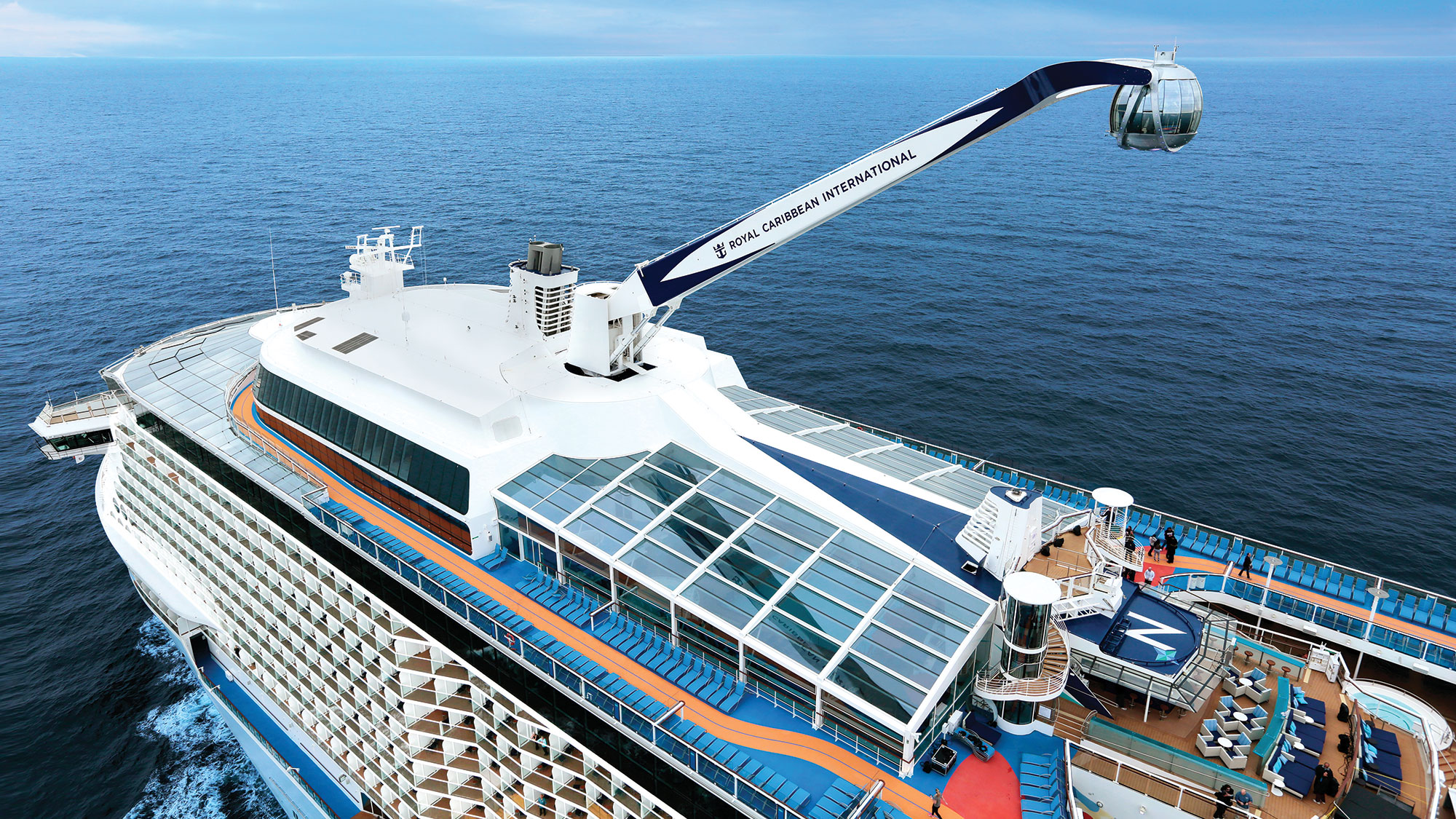 Quantum of the Seas.

Royal Caribbean International will send the Quantum of the Seas to Seattle in 2021, giving the cruise line four ships serving Alaska, its largest deployment there.

It will be the Quantum’s first time sailing from the Pacific Northwest, where it will sail seven-day cruises visiting Endicott Arm Fjord, the Sitka Sound and Juneau, among other stops.

The ship will join the Ovation, Radiance and Serenade of the Seas, which will be based in Seattle, Vancouver and Seward, Alaska, respectively.

The Quantum had been based in Asia, where it was sailing from Singapore and Tianjin, China. A Royal Caribbean spokesperson said the company had planned to send the Quantum to Alaska in 2021 before the Covid-19 coronavirus outbreak.

Royal Caribbean said last fall that its fifth Oasis-class ship, the Wonder of the Seas, would sail from China when it debuts in 2021

Norwegian Cruise Line’s new 4,000-passenger Norwegian Bliss departed Meyer Werft, the shipyard in Papenburg, Germany, and sailed backwards on the narrow Ems River on its way to the North Sea. It was expected to arrive at Eemshaven, Netherlands, on the evening of March 14.

Norwegian Bliss will offer seven-day Alaska cruises from Seattle throughout the summer.

Measuring 994 feet long, 136 feet wide, and at a gross tonnage of 168,028, the Norwegian Bliss made the narrow passage through Meyer Werft’s sea lock with less than four feet clearance. This very careful manoeuvre took about two hours at a speed of only 0.2 knots.

Norwegian Bliss as seen on AIS in Eemshaven

Upon arrival in Eemshaven, the ship will take on additional provisions and crew members, before heading toward the North Sea for technical and nautical sea trials. This will be one of the final phases before Norwegian Cruise Line takes delivery of its 16th ship on April 19 in Bremerhaven, Germany.

Norwegian Bliss will then begin passage across the Atlantic Ocean on April 21 and will arrive in the U.S. on May 3 for an inaugural tour. Events will take place in New York City, Miami, and Los Angeles, and will conclude with a christening ceremony on May 30 at the new Pier 66 at the Port of Seattle.

Norwegian Bliss will begin seven-day Alaska cruises June 2. In the fall, it will cruise to the Mexican Riviera from Los Angeles. In winter of 2018, it will sail to the Caribbean from Miami, and in the 2019 fall/winter season, she will cruise from New York City to Florida, the Bahamas and Caribbean.