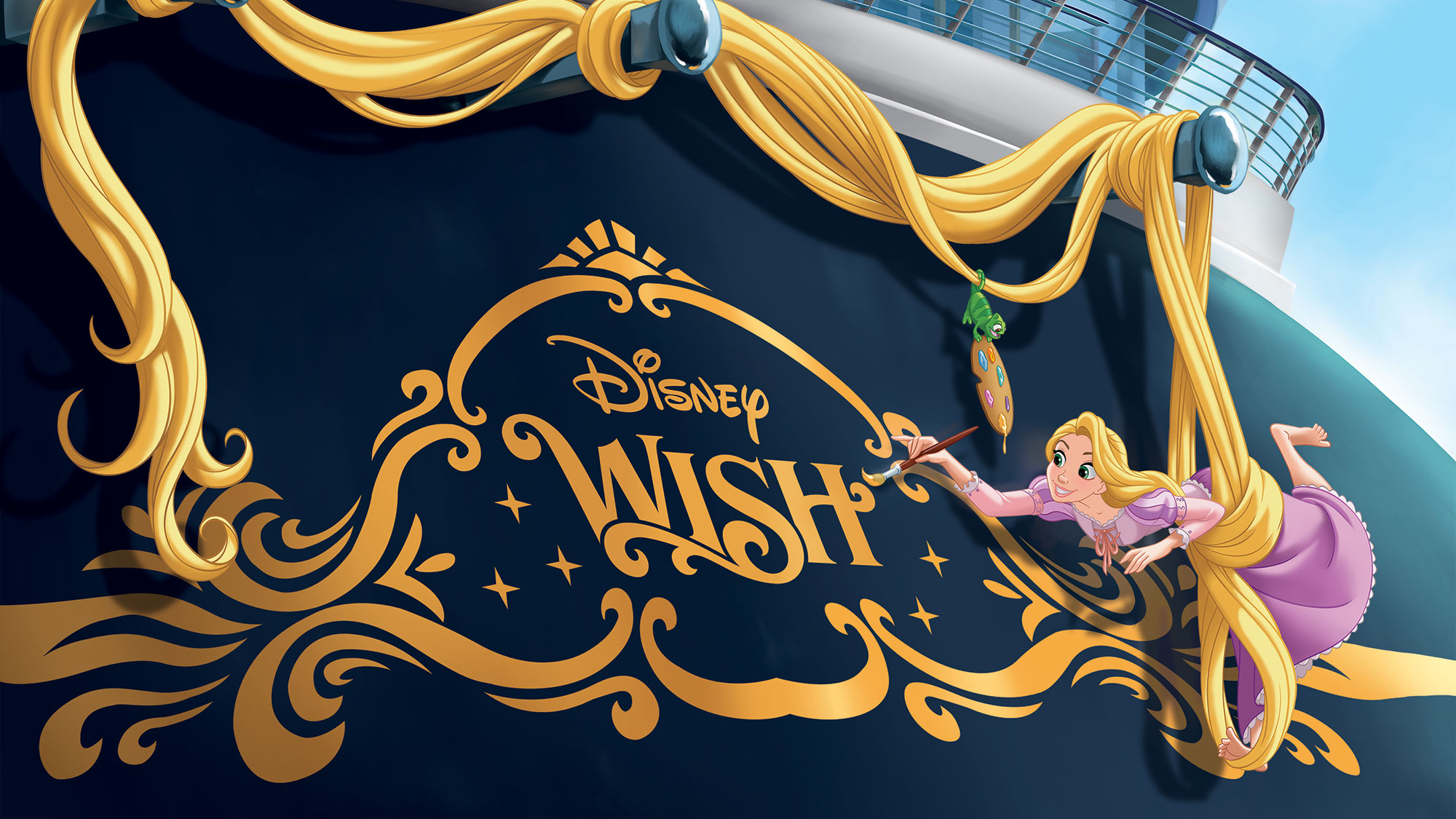 Disney Cruise Line’s fifth ship will be called the Disney Wish. At its D23 Expo on Sunday, Disney revealed the name of the ship as well as renderings of its stern design and atrium.

Disney described the three-story atrium as “bright and airy, inspired by the beauty of an enchanted fairytale.”

The stern design features Rapunzel with a paintbrush in hand, suspended by her enchanted blond hair. Her sidekick chameleon, Pascal, holds the easel while Rapunzel paints.

“Spirited, smart, curious and — above all — adventurous, Rapunzel embodies the wish and desire to see and experience the world,” Disney said.

The Disney Wish is scheduled to enter service in January 2022. 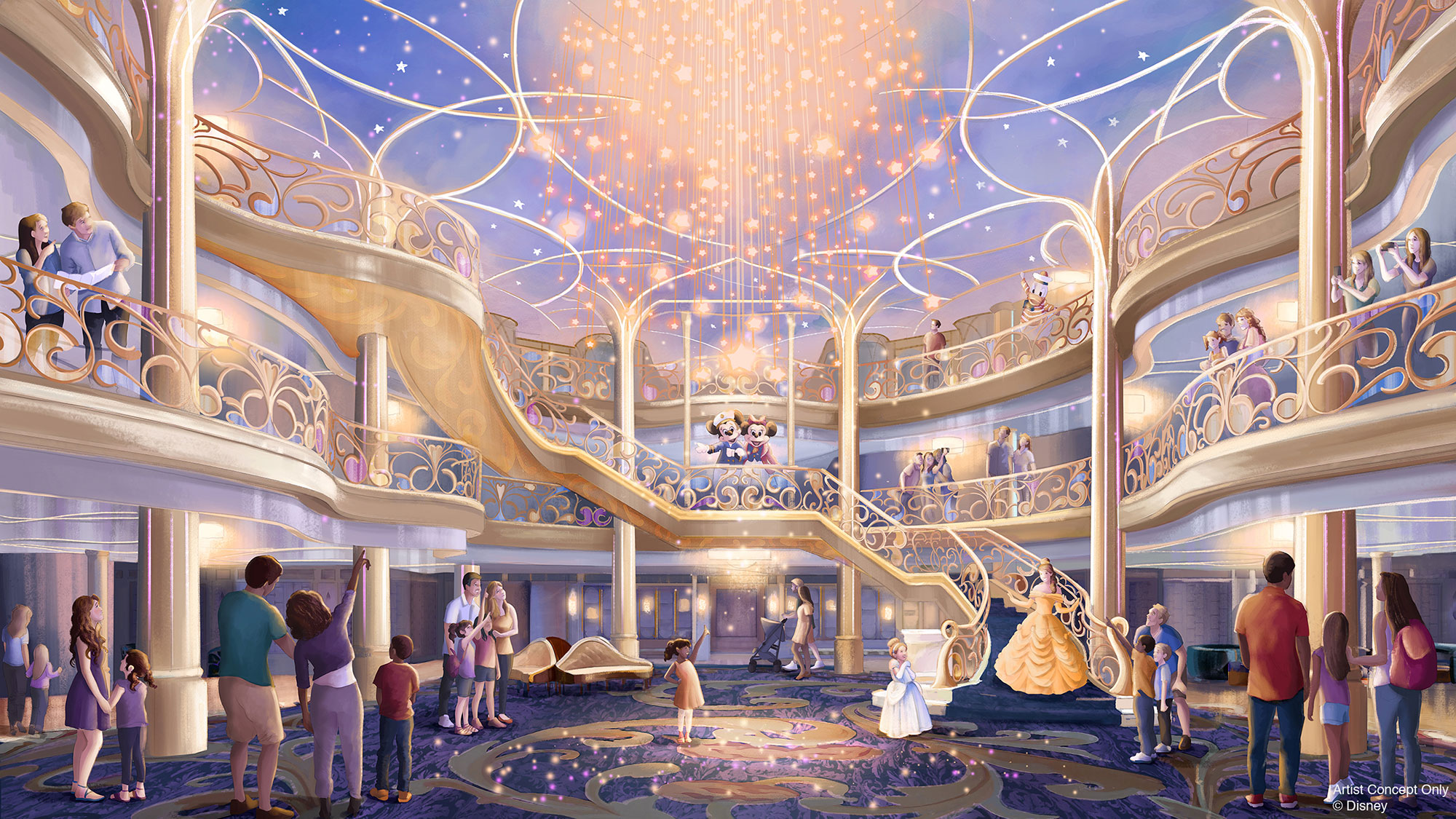 The Disney Wish’s three-story atrium will be inspired by an enchanted fairytale.

“There couldn’t be a better name for our incredible new ship because making wishes come true is part of the Disney DNA and is at the heart of so many of our cherished stories,” said Bob Chapek, chairman of Disney Parks, Experiences and Products.

The Wish will be powered by liquefied natural gas. At approximately 144,000 gross tons and 1,250 guest staterooms, it will be slightly larger than the Disney Dream and Disney Fantasy.

Also at D23, Disney revealed new information about Lighthouse Point, its second private destination in the Bahamas, located on the island of Eleuthera.

Disney said Joe Rohde, whose work includes the design of Disney’s Animal Kingdom theme park in Orlando and the Aulani resort Hawaii, has taken a cultural tour of the Bahamas to meet with local artists and cultural experts.

“The Lighthouse Point site is so beautiful and so full of nature that we want to preserve this and use our designs to call attention to the extraordinary quality of the place itself — a place of natural beauty with a rich and fascinating cultural tradition,” Rohde said. “We will be directly involved in conservation efforts to preserve and protect the environment that creates this beauty, and we will be working with artists of every kind, much like we did with Aulani in Hawaii, to create a unique destination that is rooted in Bahamian culture and imbued with Disney magic.” 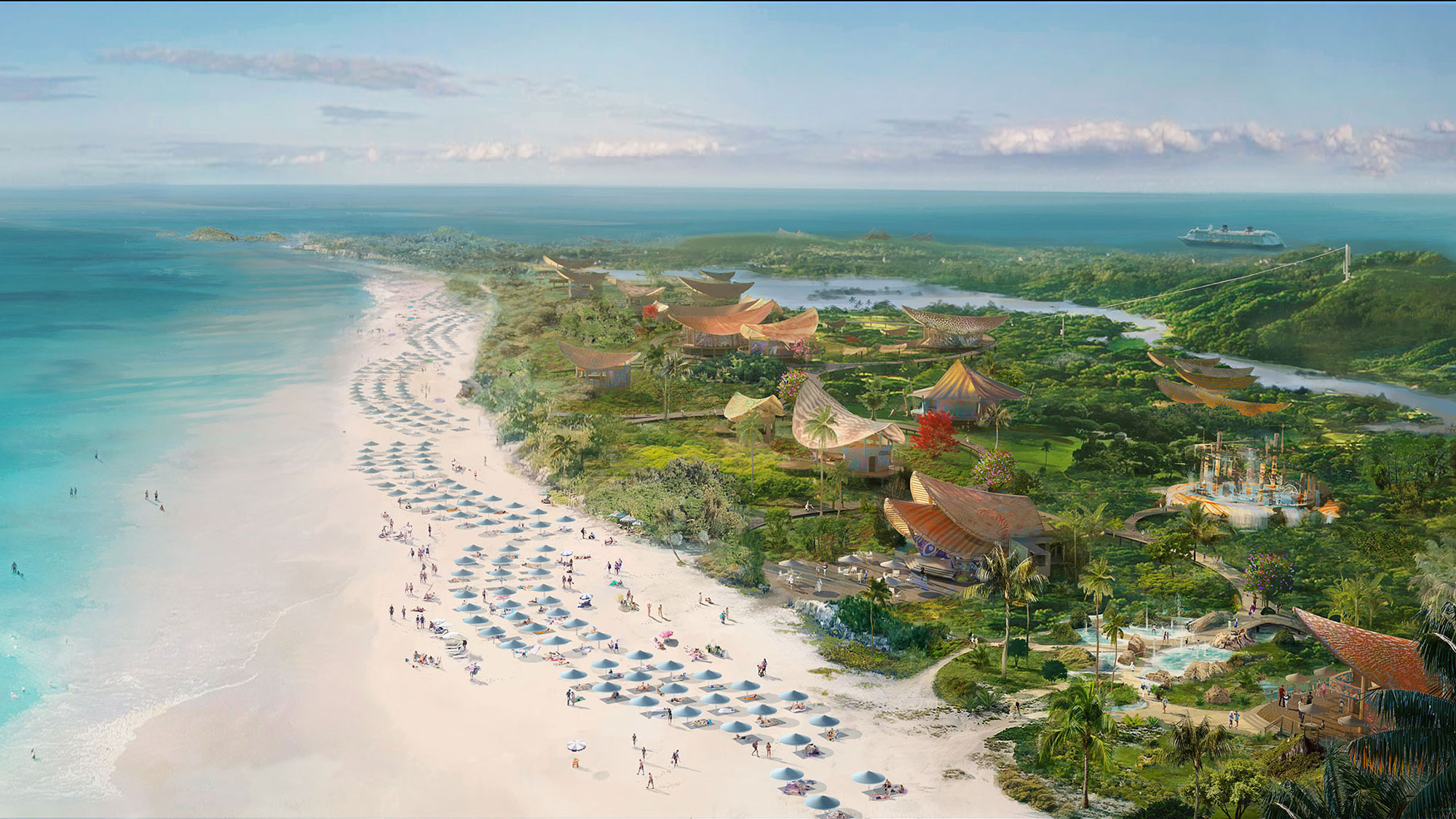 Disney said Lighthouse Point guests can look forward to an island experience that celebrates nature and the spirit and culture of the Bahamas.

Disney Cruise Line completed its purchase of Lighthouse Point earlier this year, committing to develop less than 20% of the property and build an open-trestle pier that eliminates the need to dredge a ship channel.

Construction at Lighthouse Point will begin after an environmental impact assessment and environmental management plan are reviewed and accepted by the government of the Bahamas, Disney said. The company said construction could begin in 2020 with completion in late 2022 or 2023.