Fred Olsen Cruise Lines is extending the cancellation of sailings to an unspecified date beyond May 23 in the wake of the ongoing coronavirus pandemic.

The line will be assessing all upcoming cruises from May 23 in date order.

The company announced on March 13 that all ocean cruise sailings would be paused until May 23.

The ocean fleet of four ships – Balmoral, Braemar, Boudicca and Black Watch – will remain in Scotland’s Firth of Forth, just outside the port of Rosyth, during the company’s pause in cruise operations.

Managing director Peter Deer said: “At this stage, I am not able to confirm a date when we can expect to resume normal operations, as what I don’t want to do is set an expectation and not be able to deliver what we promise.

“What I can say is that we are keeping a very close eye on the latest guidance from the relevant authorities, including the UK Government and Public Health England, as well as overseas policies.

“We are very clear on our position that we will not resume cruising until we know that it is safe for us to do so. The safety of our guests and crew is always our utmost priority, and this is especially true now.

“All guests on affected cruises will be notified with at least 30 days’ notice before their cruise was due to depart.”

He added: “It is regrettable that we won’t be welcoming guests back on board at the end of May as we had initially hoped, but we can’t wait to start sailing again as soon as the world is ready for us to do so.”

Fred. Olsen Cruise Lines has confirmed that it’s the third fleet get together will be Four Fred.s in Lisbon in October 2021.

It comes after the Four Fred.s in Funchal event, which was due to take place on April 4was cancelled due to the current coronavirus pandemic.

Three of Fred. Olsen’s four ocean ships – Boudicca, Black Watch and Braemar – were already scheduled to call into Lisbon, Portugal, on Oct. 22, and the fourth itinerary aboard Balmoral has been specially created to complete the line-up.

Clare Ward, Director of Product and Customer Service at Fred. Olsen Cruise Lines said: “Of course, it is disappointing that our ‘Four Fred.s in Funchal’ event was unable to go ahead. But these fleet-wide get-togethers are years in the making, and none of us could have predicted the challenging situation we have all found ourselves in today.

“The safety of our guests and crew is always our number one priority, and last month we took the decision to take our ships out of action until the end of May – which included our scheduled ‘Four Fred.s in Funchal’ festivities.

“It is hugely exciting to be able to confirm new date and destination for our fleet reunion so quickly, as I know so many of our guests were looking forward to being reunited with friends and crew members that they have met on their travels with us.

“All of us here at Fred. Olsen Cruise Lines can’t wait to welcome back our many loyal guests when we come together again in Lisbon next October and are looking forward to seeing some new faces, too.”

The boss of Fred Olsen Cruise Lines has called on the government to provide more support for the cruise industry.

With cruise operations suspended until May 23 during the coronavirus pandemic, the UK-based cruise line has been forced to dock its four ships.

Peter Deer, Fred Olsen’s managing director, praised the government for the schemes it had introduced to ease cash flow constraints on companies across the country but appealed for further help to be extended to the cruise sector.

Speaking to Travel Weekly, Deer said: “As a cruise line you hear quite a lot about the airline industry receiving funding from the government. We’re quite a passive bunch. I suspect our margins are better but lining up ships is not a cheap thing to do.

“The government needs to recognise that cruise is a big part of travel in the UK and find ways to support it.”

He called for lobbying from “every angle”, adding: “This is a hairy time for every cruise line, particularly the ones that have brought in new tonnage. It makes your life a bit tougher.” 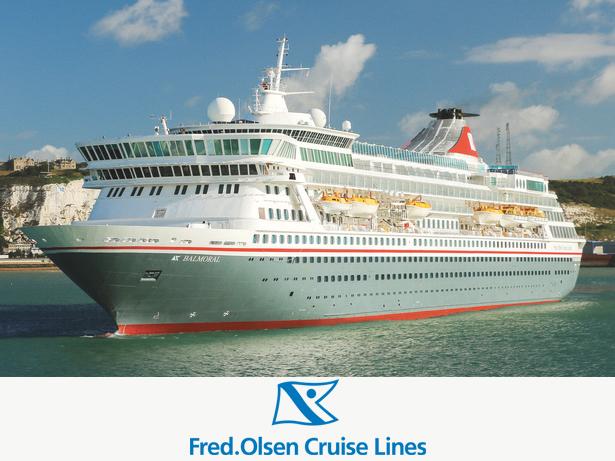 Deer outlined how food, fuel and other services are bought by Fred Olsen from UK businesses.

“It would be great to see some positive spin from the government.”

Asked if Fred Olsen was preparing for a “bounce back” in terms of consumer demand later this year, Deer said: “I think at some point we will see it, but it is all about consumer confidence. People do not have the will to think about their holiday in the short-term.

“They do not know when this event is going to subside. Everyone wants to go on holiday but they need some confidence that the virus is going to disappear.”

Deer said that it was “too early” for targeted marketing but added that the business was still trying to remain at the forefront of customers’ minds.

“We are just talking about our company and what we are doing,” he said. “It is a broader approach.

“People will see if cruises go-ahead before they commit their money.

“People may not do long-haul fly-cruises. They may look to the Mediterranean or the Canaries. I think people just do not know.”