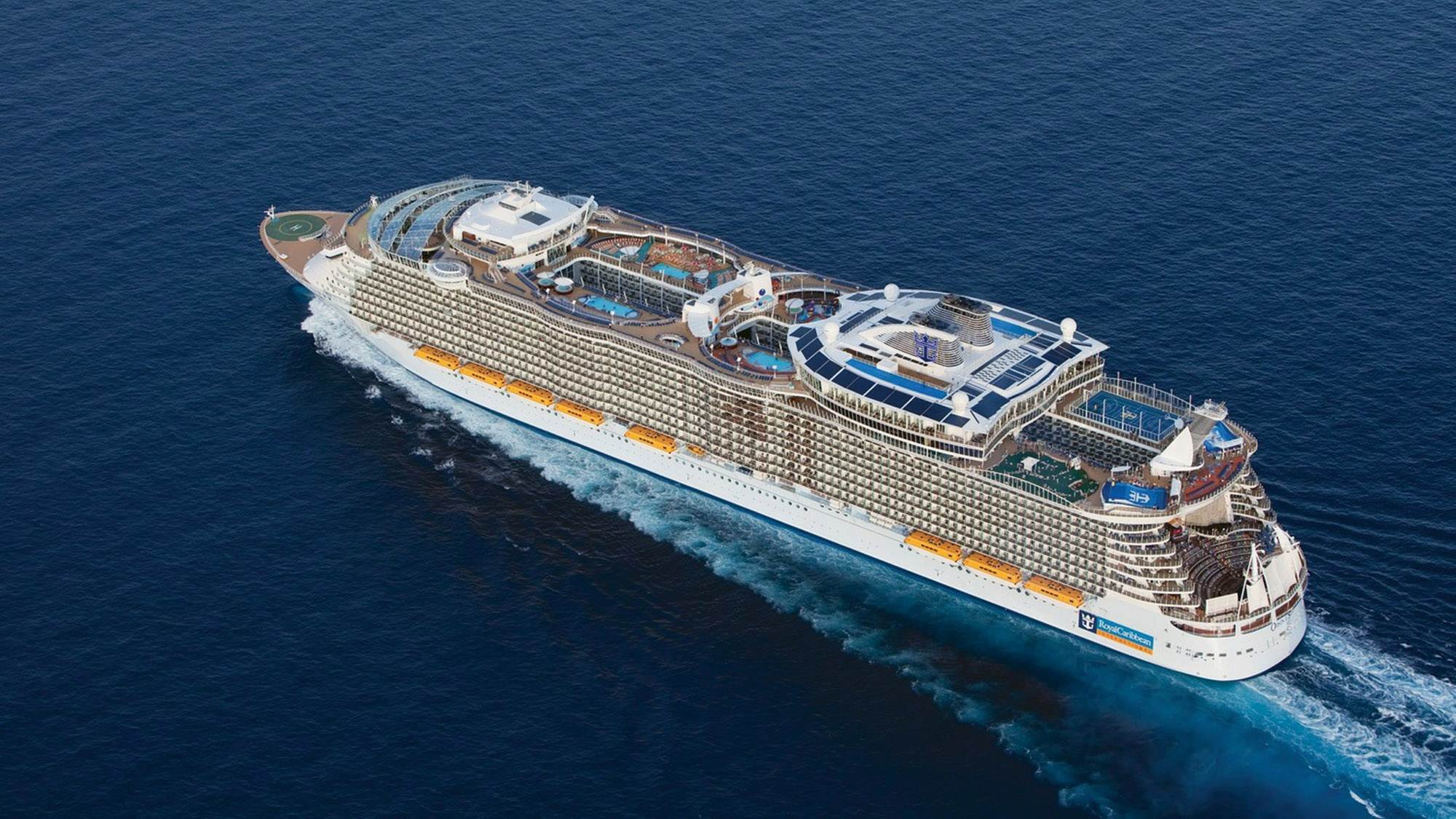 Royal Caribbean International took delivery of new ship Quantum of the Seas ahead of a trade preview sailing from Southampton at the weekend.

The formal handover in Bremerhaven from its German shipyard came ahead of the 4,180-passenger ‘smart ship’ arriving in the UK on Friday.

More than 500 agents have been invited on a two-night inaugural sailing before Quantum of the Seas accepts its first passengers on Sunday for a transatlantic crossing to Bayonne, New Jersey.

Quantum of the Seas will then sail from New York to the Bahamas and the Caribbean for her inaugural season before departing for her new homeport of Shanghai (Baoshan) in China next May.

This weekend’s preview will allow agents to gain an insight into the facilities to be offered by sister ship Anthem of the Seas which will be based in Southampton from April 2015 for a summer of Mediterranean itineraries.

The Quantum-class ships feature the line’s largest cabins, including interior accommodation with virtual balconies offering real-time views of the ocean and destinations.

Additional bandwidth allows the ships to offer 500 times more connectivity than any other cruise ship, Royal Caribbean claims, in addition to technology designed to speed up the boarding process with passengers able to track their luggage.

Other features include the first skydiving simulator at sea, a viewing pod that lifts passengers more than 300 feet above the ocean, the SeaPlex indoor sports and entertainment complex with bumper cars and roller skating, and a Bionic Bar featuring the world’s first robotic bartenders.

The new terminal is located adjacent to the original 2004 terminal and will serve as the passenger processing center for Quantum of the Seas when it arrives on Nov. 10.

The new facility is the first phase of a $55 million expansion and includes a 950-space parking garage. Bayonne already earns an estimated $500,000 a year from a parking tax inaugurated in 2008.

The first phase of the $55 million port expansion includes a state-of-the-art guest terminal, with 125,000 square feet of check-in, customs and immigration, and luggage-processing space, as well as a 950-car parking structure. The new facility is at 4 Port Terminal Boulevard, adjacent to the first terminal that opened in May 2004. Royal Caribbean Cruises Ltd. and the Port Authority of New York & New Jersey have dedicated the second cruise terminal at Cape Liberty Cruise Port in Bayonne, N.J., which will house the new Quantum of the Seas starting Nov. 10.

Cape Liberty is about 15 minutes from Newark Liberty International Airport and seven miles south of Manhattan. The port has been the year-round home of Royal Caribbean International’s Explorer of the Seas and seasonal homeport for Celebrity Cruises’ Celebrity Summit.

Quantum of the Seas will sail to the Caribbean and Bahamas starting in November, but will move to Shanghai, China, in May. It will be replaced by Liberty of the Seas for the summer and then Quantum’s sister ship, Anthem of the Seas, for winter 2015.

Cape Liberty has the second-largest passenger volume among Northeast and Mid-Atlantic coast ports, according to a study titled “The Contribution of the North American Cruise Industry to the U.S. Economy in 2011.” The facilities generate an estimated $500,000 per year to the City of Bayonne and help generate $390 million annually.