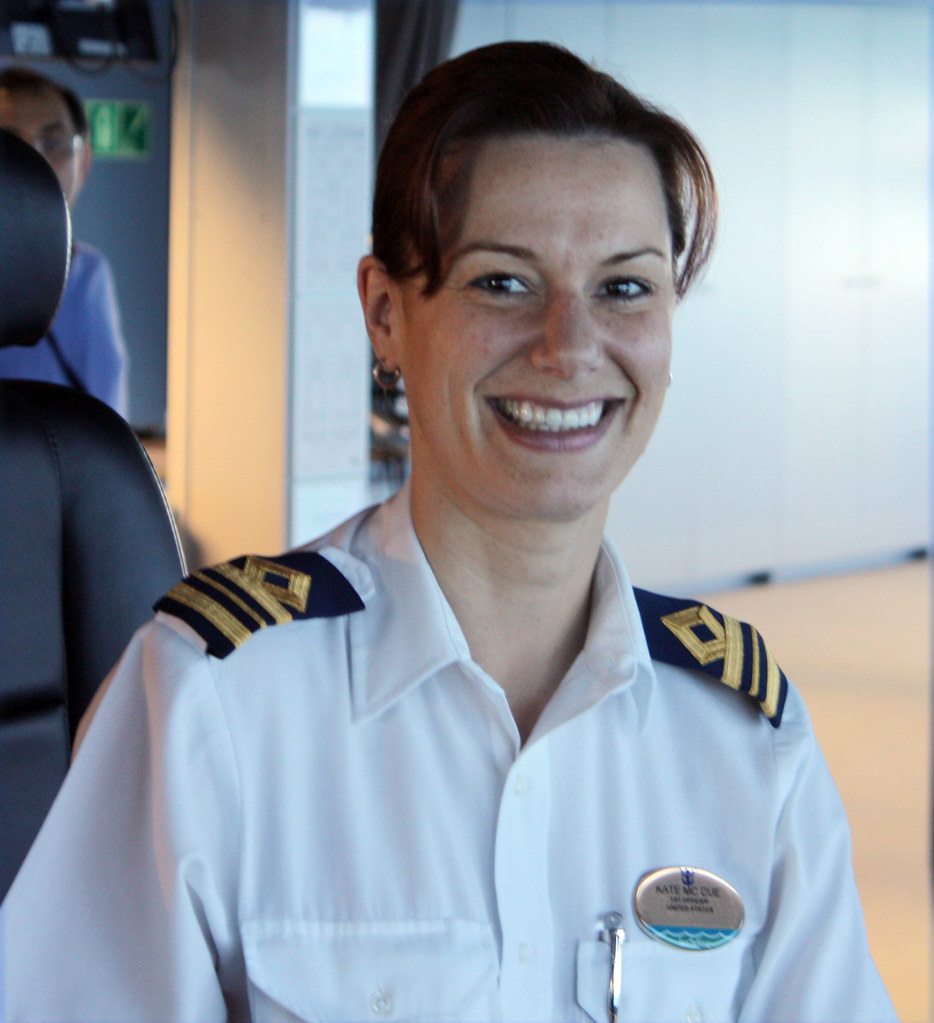 A graduae of California State University’s California Maritime Academy, the 37 year-old from San Francisco will captain the 91,000 gross ton cruise ship on itineraries sailing between the eastern United States and Bermuda. Most recently she was a Master Mariner with Royal Caribbean International.

As a captain she will be responsible for the safe navigation of the ship and the on-board experience of its 2,158 guests and 952 crew members.

McCue has 15 years of experience in the maritime industry, managing ship logistics while sailing worldwide itineraries, including Europe, Asia, Australia, the Caribbean, the Pacific Northwest and Alaska, and along the Panama Canal. She also served as a maritime leader while sailing several transatlantic and repositioning cruises.

This appointment is the latest in Celebrity Cruises’ aim of advancing the role of women in leadership. In January 2014 Jo Rzymowska became the UK Managing Director for the cruise line and in December 2014 Lisa Lutoff-Perlo was named President and CEO of Celebrity Cruises.

Lisa Lutoff-Perlo said “From the first time I met Kate, I looked forward to this moment, when I could extend my congratulations to her for being such a dynamic and highly respected leader who will continue to pave the way for women in the maritime industry. Of all the great moments throughout my career, this is at the top of my list. I am both honoured that Kate accepted this position, and proud of the way our team continues to transform the way people think about Celebrity, and about cruising in general.”

Kate McCue said “Becoming the first female American captain of a cruise ship has been a goal of mine for as long as I can remember. The honour is amplified by being the first at a company like Celebrity Cruises. The cruise industry is ever-evolving, from the ships and the itineraries, to our guests’ expectations for vacation experiences. Celebrity has a history of delivering on each of these and I am thrilled to be a part of it.  I look forward to working with an amazing team and the exceptional leadership who bring the Celebrity Cruises vision to life every day.”

Captain Kate McCue will begin her new role on Celebrity Summit in August 2015.