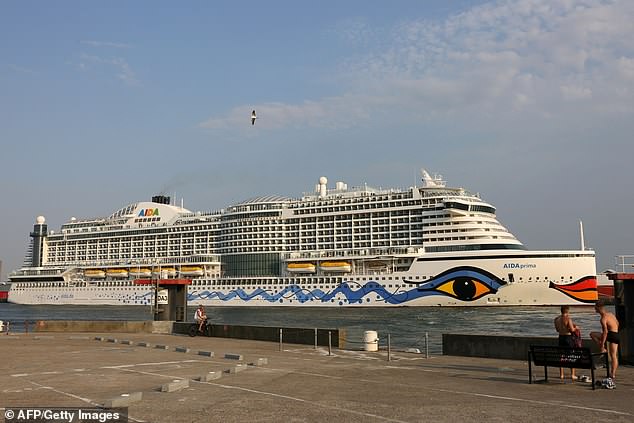 P&O Cruises is to host a special episode of Ant & Dec’s Saturday Night Takeaway live from the top deck of its flagship Britannia in Barcelona – and will launch a competition in the New Year for agents to be on board.

Throughout the next series of ITV’s award-winning show, 200 viewers of Saturday Night Takeaway will have the chance to win 100 free cabins on a 14-night cruise from Southampton to the Mediterranean and back, which will include an overnight call in Barcelona where the special episode will be filmed live on board.

The sailing will leave Southampton on March 27, 2016 and call at Cadiz, Barcelona, Civitavecchia (Rome), Ajaccio, Corsica and Gibraltar before returning to Southampton on April 10.

Top TV duo Ant and Dec will be joined for the special show by celebrity guests, and will stage all their usual stunts, performances and competitions in front of the winning viewers, regular passengers and those agents who win a place on board.

The competition for agents to join the sailing and be part of the show will be run exclusively in Travel Weekly in early 2016.

“P&O Cruises is an inherently British brand and with Saturday night entertainment being such a popular British tradition, we thought this would be a great partnership. And there is nothing more iconic for great family fun than Ant & Dec’s Saturday Night Takeaway.

“This will be a spectacular event and our guests will be able to join in the fun on the evening as Ant and Dec present a memorable show from Britannia in Barcelona.”

Ludlow said the tie-up with Saturday Night Takeaway would really “open up the concept of cruise” to the masses and drive more new-to-cruise sales.

“Over the course of the series, we estimate that Saturday Night Takeaway, and the cruise giveaway and live show on board, will be seen by over 22 million people.

“They will get a glimpse of cruise and the product and it will start a conversation that people might not have had otherwise.

“We expect to see a return from so many million people seeing Britannia. We will be putting cruise into people’s conscious,” he said.

Ludlow said this was the first time P&O Cruises had entered into such a tie-up, but added: “People will have seen P&O as a brand really evolve over the last 18 months to two years.

“It really celebrates its Britishness and represents the best way for Brits to go off and do something quite adventurous but come back to somewhere that understands their tastes and that feels comfortable.”

Commenting on the opportunity for agents win a place on the sailing and the chance to be part of the live show and to meet Ant & Dec, Ludlow said:

“Inherently, most people are going to book a cruise through a travel agent and so we want to involve agents in this, so that they feel as excited as we are about it.

“We will run a competition exclusively in Travel Weekly for agents to win places – so watch this space in the New Year.”

Customers already booked on the 14-night sailing will be contacted and told about the live filming in Barcelona.

The impact on their cruise will be explained and they will be offered the chance to cancel with a full refund, or to carry on as normal. Ludlow said he “expected the majority to stick with us”.

Anyone interested in making a future booking on the sailing will be told what is happening on board before any money has changed hands.

Saturday Night Takeaway’s executive producer, Pete Ogden, said: “I am thrilled to be working with P&O Cruises to shoot a live episode of the series on board Britannia.

“It is a huge undertaking, but I am confident that we will work together to make it a spectacular event.”