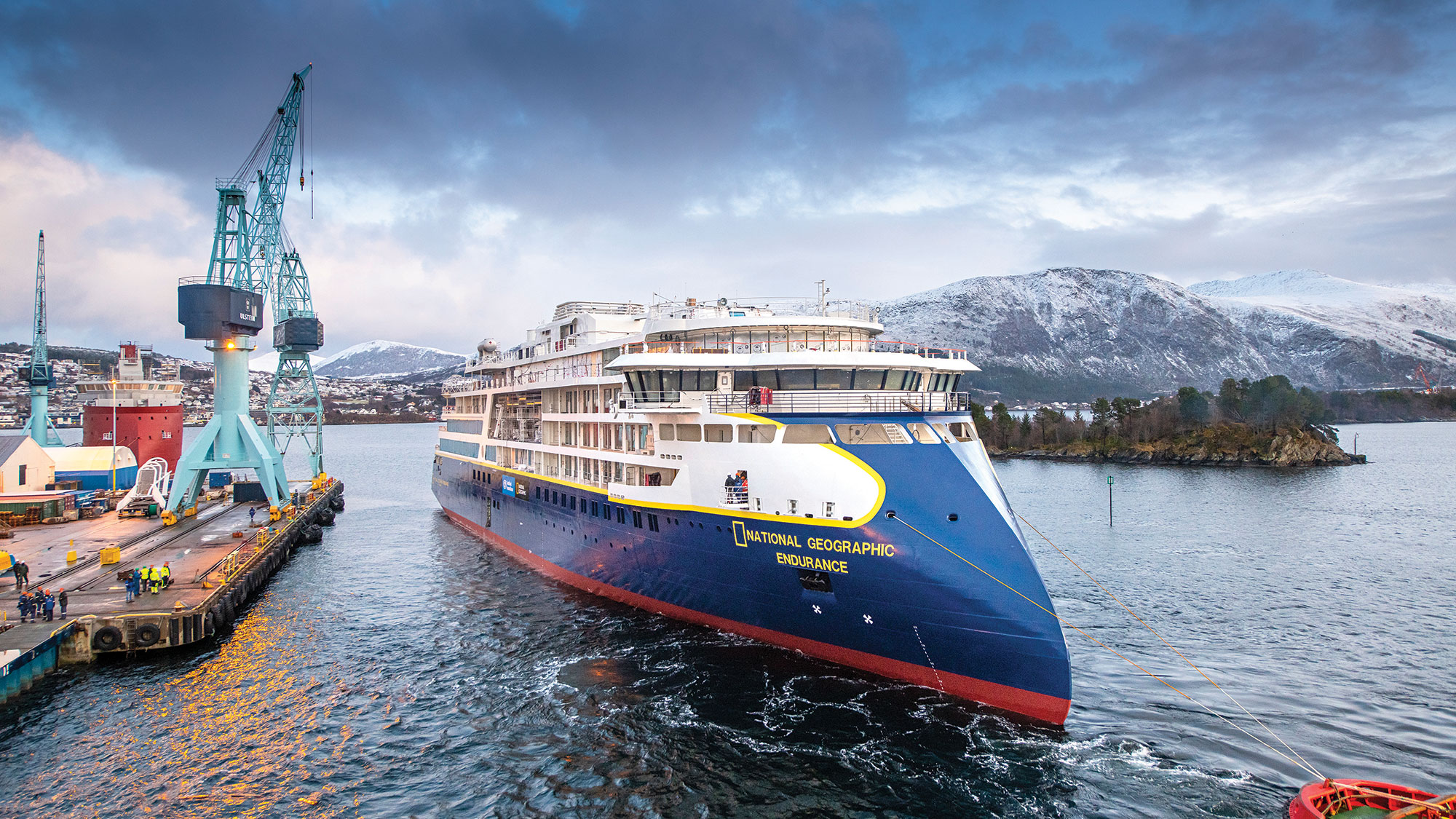 Lindblad Expeditions’ National Geographic Endurance. “There’s not a mass exodus by any stretch of the imagination,” said CEO Sven Lindblad.

The strength of 2021 cruise bookings have been widely discussed by both Wall Street and the consumer media as a barometer of the industry’s ability to bounce back.

Several industry executives and large travel sellers have suggested that those future bookings are evidence of a level of strength and resiliency.

The media’s coverage of ships with Covid-19 outbreaks has left cruising arguably the hardest hit of any travel product. It was the first industry to shut down completely, and its resumption will depend on the easing of regulatory and port restrictions. Strength or weakness in future cruise bookings might be the best way to gauge how deep a hit cruise has taken and how quickly it can recover.

Even if a large percentage of 2021 cruise bookings are future cruise credit (FCC) redemptions, the fact that they are being chosen over a refund indicates “resilience in a desire to book a cruise,” said UBS analyst Robin Farley.

Citing data from what she called one of the largest cruise sellers, Farley said in a note to investors this month that “booking volume in the last 30 days for 2021 is actually up 9% versus the same time last year.”

Farley’s source reported that 76% of those who cancelled their cruises this year are taking the option for an FCC.

Some of the largest cruise sellers, including Cruise Planners and Cruise.com, also reported positive 2021 booking trends.

Cruise Planners CEO Michelle Fee said the company is “experiencing a strong 2021,” with many FCC bookings but also clients who are pushing summer and fall bookings ahead and brand new bookings.

“A large volume is not necessarily FCCs,” she said.

Anthony Hamawy, President of Cruise.com, said the company is seeing what he describes as a continuation of strength in 2021 bookings that started at the beginning of this year and has been boosted by clients using FCCs mostly in 2021.

“I can assure you we are also getting new bookings from customers who are not necessarily using an FCC,” said Carnival Cruise Line’s senior vice president of global sales and trade marketing Adolfo Perez. 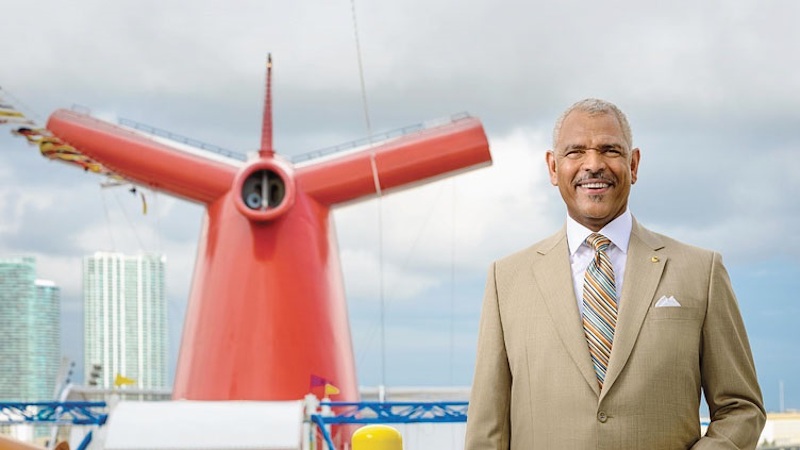 Carnival Corp. CEO Arnold Donald said during an interview on CNBC’s “Closing Bell” on April 14 that 2021 bookings were “strong.”

Sven Lindblad, CEO of Lindblad Expeditions, said that clients are holding onto their bookings.

“A lot of people who were not able to travel now are simply rebooking for next year,” Lindblad said. “Not all, obviously, and some are saying, ‘We want to rethink it.’ But we certainly aren’t getting a lot of cancellations beyond the summer and into 2021. The new activity is not as robust as it would be normally; we all lost the Wave season, but there’s not a mass exodus by any stretch of the imagination.”

Lindblad said that even bookings on trips in the “relative near term” are holding up.

“We’re getting some cancellations, but it’s amazing how few compared to what it could be,” he said.

Viking said in a statement that as of mid-April, its 2021 bookings are 20% ahead of 2020 bookings at the same point in time: “As a result, we have also opened additional inventory on our 2022 river and ocean itineraries. Our new Mississippi River cruises, which launched less than a month ago are selling well for the inaugural 2022 season, and there are several sailing dates that are already sold out. These bookings are driven largely by the hard work of our travel partners, and it is a testament to the resilience of our industry.”

The stock market hit a factor for cruisers

Members of the line’s loyalty program and past passengers “are taking the FCC”; some who already had 2021 cruises booked are even pushing them into 2022.

Clients who are newer to cruising “have been more nervous, and they’re the ones that have cancelled and want the refund because they don’t know the company very well and they’re not sure they want to travel again,” he said. “That will wear off over time.”

As of now, he said, many remaining 2020 cruises are well booked.

“The good news is before all this happened, 2020 looked like it was probably going to be the best year in our history,” he said. “We still have our third- and fourth-quarter cruises that are booked well enough that we’d want to operate them if we’re allowed to.”

Conroy said that at the luxury level, clients are concerned about their stock portfolios, which might have suffered significantly during the crisis.

Deborah Deming of Frosch Classic Cruise & Travel in Woodland Hills, Calif., said that is a major concern with her upscale clientele.

Another factor, Deming said, is clients’ concern about the cruise lines’ viability and whether it’s wise to leave such large amounts of money with them, something Conroy is also aware of. “That’s why it’s important that people know we’re part of [Royal Caribbean Cruises Ltd.],” he said.

Tom Baker, president of CruiseCenter, said that many clients moving cruises into 2021 are doing so with suppliers that aren’t offering a refund, so it’s a “forced move.”

“The biggest piece that is moving over now is the river cruise market, more than anything else because they are not offering refunds,” he said. “[Clients] don’t have a choice.”

Among clients who do, he said, about half have picked departures for the following year, and some are waiting to see what happens. Indicating some 2021 strength, Baker said he’s had to tell clients to book certain itineraries now.

“If you don’t pick something and you’re late to the game, you might miss out,” he said, citing Viking as one of the companies that seem to be very well booked next year, in part because they are only offering refunds on cruises that are cancelled. For future dates, if the client doesn’t want to go, they have to move the money to the following year.

Baker said that no matter what, he puts his clients first, even it means telling them not to use an FCC.

“I’m not going to talk anyone into taking a trip,” he said. “If they want to cancel and a vendor is willing to give the money back, take the money. There will be tomorrow and there will be beautiful trips to plan once we’re past this. And I will be here to help them.”

In a novel US tax season twist, Royal Caribbean International is letting travelers off the hook for cruise-related taxes and port fees. For five days only, from April 11 through 15, the line will pay the taxes, port charges and fees on new cruise bookings.

With Royal Caribbean’s ‘Tax-Free Holiday,’ US residents can save up to $200 per person when they book a six-night or longer Bahamas, Caribbean and roundtrip-Europe itinerary. The offer applies to sailings that depart April 15, 2015, through March 31, 2016, but does not include Quantum of the Seas and Anthem of the Seas.

Starting April 11, details will be at www.RoyalCaribbean.com/TaxFree.

A smaller percentage of cruisers have booked Caribbean sailings for 2015, according to a forecast by Cruise Holidays International.

The survey shows 50.5% of cruise bookings for next year have the Caribbean as their destination, down from 54.8% in 2014.

Europe is gaining, with 12% of ocean cruises booked there next year, up from 10.4%. European river cruises account for 6.7% of bookings, up from 5.7% last year.

Cruise ship capacity in the Caribbean peaked in 2014 and is currently scheduled to begin declining in the second quarter of 2015, leaving fewer available berths.

The 2015 Cruise Trends forecast is based on bookings by 1,300 agents affiliated with Cruise Holidays.

A Dutch waterways cruise beginning in Amsterdam again is the most popular river cruise for 2015, followed by the Rhine/Main/Danube cruise through Central Europe, the Rhine Valley cruise, and a cruise through France on the Seine and Rhone rivers.