Cruises that had been scheduled to stop in Venice have been rerouted to Trieste or Ravenna, CLIA Europe spokesman Martyn Griffiths said.

Tides six feet above normal have left many parts of Venice underwater, beached water taxis and boats along the quays, and damaged many tourism businesses and sites.

Cruise calls were rerouted at the request of the operators of the cruise terminal in Venice, Griffiths said. The terminal is open and being used as a transfer point for passengers if needed. For the moment, it is also being used as a shelter for Venice residents displaced by the flooding.

No ships are expected to call in Venice before Nov. 21, Griffiths said.

Princess Cruises and Fincantieri announced today the signing of the final contracts for the construction of two next-generation LNG-fueled 175,000-ton cruise ships, which will be the largest ships ever built so far in Italy, with deliveries scheduled in Monfalcone in late 2023 and in spring 2025.

This announcement follows the initial signing of a memorandum of agreement between the two parties in July 2018.

The vessels will each accommodate approximately 4,300 guests and will be based on next-generation platform design, being the first Princess Cruises ships to be dual-fuel powered primarily by LNG, Princess said.

“Princess Cruises continues to grow globally — adding new ships to our fleet built by our long-time trusted shipbuilding partner, Fincantieri, who brings decades of expertise to these next-generation cruise ships,” said Jan Swartz, Princess Cruises President. “Even more exciting is that these two ships are being designed to include our MedallionClass platform, powered by OceanMedallion, the most advanced wearable device available within the global hospitality industry.”

Giuseppe Bono, CEO of Fincantieri, commented on the announcement: “This result proves, once again, the trust we receive from the market, which allows us to look to the future with ambition. It honours our great work focused on innovation thanks to which we have been able to offer to the client a record-breaking proposal not only in terms of size. Besides, we firmly believe that a new class of Princess Cruises’ ships, one of Carnival Group’s top brands, can stem from this promising project. In fact, for Princess Cruises, we have received orders for 21 ships, another unprecedented result in this industry.” 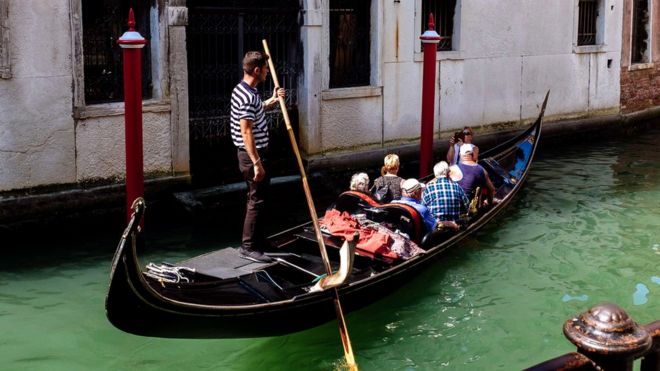 For most of the year, Venice’s canals are crowded with boats

Italy’s budget for 2019 has a clause enabling Venice to impose the fee, which will especially target day-trippers arriving on cruise ships.

Venetians have long complained that mass tourism is swamping the city, adored for its picturesque canals.

Hundreds of cruise ships moor in Venice every year, allowing over a million passengers to see the city’s sights.

It will apply only to tourists, but it is not clear whether it will replace a city tax already levied on hotel occupants. That tax brings in about €30m annually, but the “landing tax” could generate more – an estimated €50m. 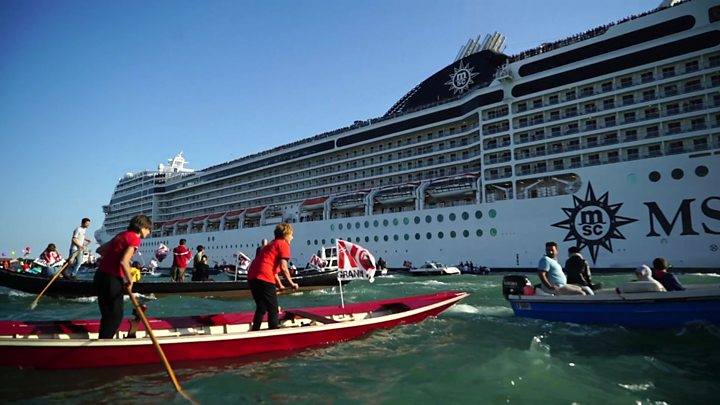 Cruise passengers are easily identified, Italian officials say, but it may prove harder to tax day-trippers arriving by air, road or rail.

Local residents, workers and students will be exempt. For years there have been protests by Venetians who say mass tourism is spoiling the city’s character.

Claudio Scarpa, head of the Venice hotel managers’ association Ava, said: “the principle is that whoever visits from morning to evening, contributing just a tiny amount to the revenue from tourism, but imposing costs on our services, must understand that it’s not all there for free”.