A new CDC (Centers for Disease Control and Prevent) report recommends that travellers “defer all cruise travel worldwide” due to increased risk for coronavirus. The report is available here.

During the initial stages of the coronavirus, the Diamond Princess was the setting of the largest outbreak outside mainland China, according to the CDC.

“Cruise ships are often settings for outbreaks of infectious diseases because of their closed environment and contact between travellers from many countries,” said the CDC. “More than 800 cases of laboratory-confirmed COVID-19 cases occurred during outbreaks on three cruise ship voyages, and cases linked to several additional cruises have been reported across the United States. Transmission occurred across multiple voyages from ship to ship by crew members; both crew members and passengers were affected; 10 deaths associated with cruise ships have been reported to date.”

The report is available here. 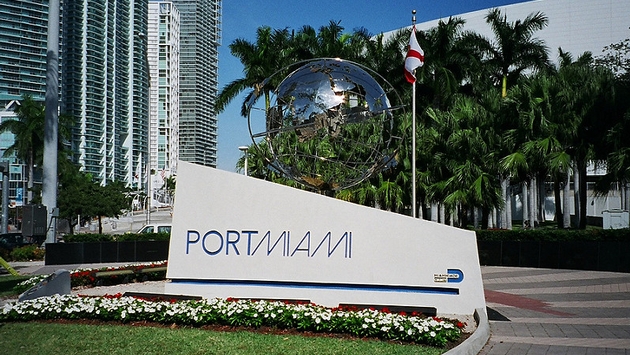 In order to determine just how hot, advertising platform Sojern partnered with Google to ascertain the outlook.

The three biggest takeaways from the report pertain to mobile planning, influence and alternative forms of travel. First, there has been an uptick in mobile cruise searches during 2017—33 percent to be exact, accounting for 29 percent of such overall searches. Second, pricing (89 percent) and entertainment (47 percent) are among the factors that influence potential cruisers.

Third, those searching for other vacations may still opt for a cruise in time.

Additionally, the report cross-referenced Google’s treasure trove of search and survey data with Sojern’s own intent information from traveler profiles and purchase signals.

As much as mobile and online are important these days, offline booking is still viable. Of past cruisers, 41 percent still made their reservations either by utilizing a travel agent or calling the cruise line directly. However, trends are certainly shifting more digital, so online travel agencies are crucial. After all, 69 percent of cruisers desire to book their next trip online.

Going digital is an influence in itself. The video specifically is cited as an important tool in capturing travelers’ attention, (which is one of the very reasons I produce my own Popular Cruising YouTube channel).

As far as marketing is concerned, there is a multitude of paths a buyer may take before booking.

One of the most common, with a 37 percent share, remains a simple cruise search followed by the reservation. However, there are also bookings that follow one or more searches for other travel forms and agencies either before or after a cruise inquiry.

In other words, agents, as well as cruise lines, should have a strong online presence, especially via social media.

Given most of these are also cruise hubs, it makes perfect sense that a search for something land-based might transfer over to something cruise based.

The report points out that, despite the wonderful all-inclusive value proposition of cruises, it is not always what leads people first to a cruise. Rather, it’s more often about a destination or experience.

Once another gets them interested, however, the value is a great way to win them over.

It’s worth noting a majority of cruise searches still occur on desktop platforms and almost all bookings are made on the desktop over mobile. During a week, most searches happen on Mondays and Tuesdays, with three-quarters via desktop. However, by the weekend, mobile searches account for one-third of the traffic.

Meanwhile, only 9 to 11 percent of reservations are actually made over mobile versus the remainder via desktop. There definitely seems to be potential to convert more mobile searches to bookings accordingly. Perhaps apps need to mature in this area to ensure better consumer confidence.

Ultimately, there remain plenty of ways in which a traveler can research and purchase a cruise vacation. Both cruise lines and travel agents need to simply be aware of the prime marketing positions and avenues to occupy.

The worlds largest cruise ship, the 361 metres long, Harmony of the Seas, arrives in port for her maiden voyage, in Southampton, Britain May 17, 2016. REUTERS/Peter Nicholls

The international cruise industry is continuing to see a steady pace of cruise travel interest and significant investment in the industry, according to the Cruise Lines International Association’s 2017 State of the Cruise Industry Outlook report.

More ships are set to set sail in 2017 as well. CLIA reports that cruise lines are scheduled to debut 26 new ocean, river, and specialty cruise ships in 2017 representing a total investment of $6.8 billion. Over the next ten years, the industry is expected to introduce a total of 97 new cruise ships, marking an estimated investment of $53 billion through 2026.

“The cruise industry is responding to global demand and we are highly encouraged by both the short-term and long-term outlook,” said Cindy D’Aoust, president and CEO, CLIA. “From technological advancements and deployment of new ships to new ports and destinations around the world, the industry continues to respond to desires of today’s travelers resulting in steady growth and strong economic impact around the world.”

Along with the new data, CLIA also provided its list of the top eight cruise travel trends to watch next year. The list is provided below: