Disney Cruise Line’s Disney Magic made inaugural calls at the Norwegian ports of Stavanger, Alesund, Geiranger and Bergen on 27 May, and 9, 10 and 11 June respectively.

Disney Magic visited the ports as part of her first-ever Norwegian Fjords itinerary, enabling guests to visit the destinations that inspired the kingdom of Arendelle in Disney’s animated movie Frozen. While in Alesund, guests also had the opportunity to meet with Anna, Elsa and Kristoff, characters from the film.

The ship will return to Bergen on 27 June and make two further visits to Stavanger on 22 June and 2 July.

Disney Magic will return to Norway in summer 2016, making three calls at Stavanger.

A new celebration of Star Wars and its iconic characters will come to the cruise line in 2016 but only on one cruise ship and for a limited time. Cruise Hive has long been hoping that some day there would be a Stars Wars feature at sea and now it;s actually going to happen.

The celebration will be held aboard the Disney Fantasy and will be known as a “Star Warts Day At Sea”. The new experience will be held on eight special sailings and will be an all day event. Expect to see all the popular hero’s and villains from the well-known brand that is owned by Disney after being purchased from Lucas Arts.

There will be plenty of fun and entertainment including a deck party, meet-and-greets with favorite characters,Star Wars-themed youth activities, unique food and beverage offerings, and special merchandise. The animated series called Star Wars Rebels will also be available for people to watch.

The youth onboard will play a major role as they can become young “Padawans” or “Younglings” and enjoy Jedi Academy training from an elite Jedi Night. Theres will be fun competitions and activities all types of cruisers as the ship will be overrun by Star Wars.

The deck party will have a fireworks display along with competitions and special stage show featuring all the characters. Special effects will light the deck up and make passengers feel like they are apart of the Star Wars Universe.

Disney Cruise Line will offer experiences inspired by the animated hit ‘Frozen’ beginning in summer 2015. They include a deck party, a three-song stage show production number, opportunities to meet characters and storybook adventures ashore. A new addition is planned for Castaway Cay, too.

The experiences will debut on select Disney Magic and Disney Wonder sailings to Europe and Alaska.

One one day the ship will transform into a winter wonderland, culminating with an extravagant celebration with friends from the Kingdom of Arendelle. Passengers will awake to discover a magical freeze has overtaken the atrium lobby with sparkling icicles adorning the grand staircase, resembling the mountaintop ice palace of Queen Elsa.

Anna, Elsa and, ‘for the first time in forever,’ Kristoff and Olaf. There will be an ‘Anna’s Chase for the Chocolate’ scavenger hunt for with a surprise for finishing the game and a ‘Do You Want to Build a Snowman’ activity where kids take on Elsa’s magical powers to make snow and ice.

‘The Maypole Swirl and Twirl’ gives families the chance to learn a traditional Scandinavian dance, spinning and braiding giant ribbons.

A ‘Frozen’-themed dining experience includes a menu inspired by traditional Nordic fare and dishes inspired by the film.

The evening fun kicks off with ‘Freezing the Night Away with Anna, Elsa and Friends,’ a family-friendly interactive deck party featuring the royal sisters of Arendelle and their Nordic companions. By now, the freeze has spread to the upper decks of the ship, with giant snowflakes, icicles and snow-covered rocks.

The celebration begins with a line dance set to the movie’s ice cutting scene, featuring the arrival of Kristoff, twirling his ice picks, and Princess Anna.

The evening concludes with more family dancing on the pool deck, followed by fun just for adults in the nightclub featuring dance performances and frozen specialty drinks. 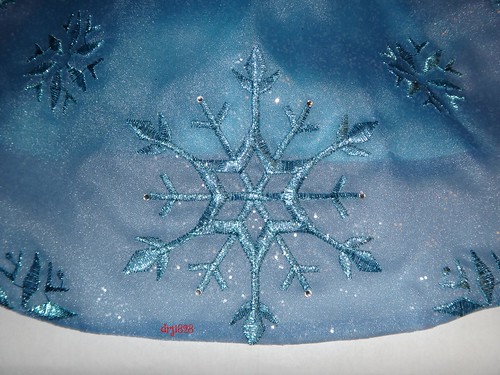 This summer, friends from ‘Frozen’ will make their stage show debut at sea in the Walt Disney Theatre aboard Disney Magic. In the original production, ‘Disney Dreams … An Enchanted Classic,’ Anna, Elsa and Olaf join the line up of Disney characters who together teach a young girl the power of her dreams.

New scenes featuring ‘Frozen’ characters include renditions of ‘Let it Go,’ ‘For the First Time in Forever’ and ‘In Summer.’ Special effects include a snowfall throughout the theatre and the transformation of the young girl’s room into her own ice palace.

Children and families will have the opportunity to meet and take photographs with their favorite ‘Frozen’ friends on Disney Fantasy, Disney Dream, Disney Wonder and Disney Magic.

Passengers on Disney Magic in Norway, the land that inspired Arendelle from ‘Frozen,’ will have the opportunity to join new excursions that bring this fairytale setting to life. One signature adventure ashore in Å̊lesund, created exclusively for Disney Cruise Line, will immerse participants in a storybook village with the help of Elsa and Anna.

Other shore excursions highlight natural wonders, architecture and the Scandinavian culture depicted in the film.