The Cruise & Maritime Voyages fleet is being recalled to Northern Europe for the company’s voluntary pause of operations.

“All six ocean vessels will be heading back to Northern Europe,” said Chris Coates, group commercial director, in an email to Cruise Industry News.

The Magellan, Columbus, Vasco da Gama and Astoria are set to stay in Tilbury.

The Marco Polo will layover in Bristol Avonmouth and the Astor will dock in Bremerhaven.

The present plan is for a vast majority of the crew to remain onboard, Coates said.

The company plans to resumes operations on April 24. 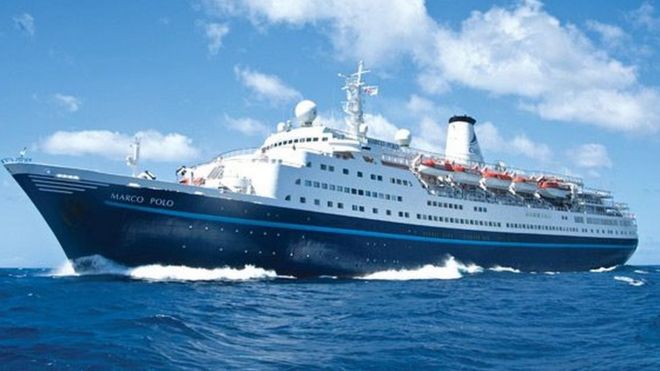 A British pensioner was rescued from the Atlantic after trying to swim to a cruise ship after the vessel left port without her.

Susan Brown, 65, jumped into the water off Madeira after she changed her mind about leaving the Cruise and Maritime Voyages’ ship Marco Polo with her husband.

She was rescued about 500 metres from the shore by fishermen who heard her cries for help.

She had been in the icy water for four hours and was reported to be recovering from hypothermia in hospital in Funchal.

The pensioner and her husband Michael Brown reportedly had a row on Saturday and asked to leave the cruise early and fly back from Madeira to Bristol.

She appears to have changed her mind at the airport and tried to swim out to the ship which had already left the port.

The ship docked in Madeira on Saturday at 8am and was due to depart later the same evening. The couple asked to leave the ship before the end of the 32-night voyage from the West Indies.

Felix Marques, the Funchal port captain, told Portuguese newspaper Correio da Manha: “She was 500 metres from the coast when fishermen heard her shouting. When they reached her she was clinging to her handbag.”

Mr Brown is thought to have returned to Madeira to be with his wife.

A local newspaper, the Jornal da Madeira, reported: “It appears a woman failed to return to the ship at 8pm and instead decided to go to the airport to catch a flight.

“When she reached the airport, she saw the ship passing and threw herself into the sea with the aim of getting back on the vessel.”