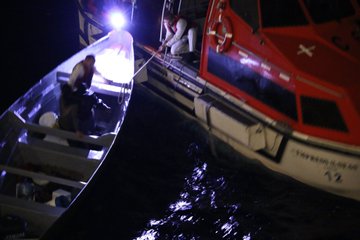 At this point, it is anybody’s guess who will be sailing to Cuba from Miami this year.

The Cuban government has issued no approvals for cruise lines, and several of the companies that have been selling cruises to Cuba have not done anything to reserve berth space at PortMiami, according to a Miami Herald report.

But one piece of nonsense ought to be easy to clear up. A proposal by the city of Miami to build a terminal to accommodate a ferry service to Havana ought to be pursued. Unlike cruises, several ferry licenses have been granted by the Cuban government. Miami is the port that makes the most sense for quick and comfortable ferry service to Cuba.

The hitch? Some Miami-Dade County commissioners want to stick with a 2011 master plan that calls for hotel and office development at the port.

The land to be used for either proposal is at the southeast corner of the port adjacent to the headquarters of Royal Caribbean Cruises Ltd. It is the same parcel that was briefly considered as a stadium site for a professional soccer team dreamed up by star player David Beckham.

That died, due in part to opposition from Royal Caribbean. The ferry terminal is a much better idea on the face of it, and if it proves itself it would at least fit with the port’s purpose.

Some at the county like the idea of developing the real estate because the port is in significant debt and office rents and hotel revenues could improve cash flow.  But there are more convenient places to have an office than at a working port. More importantly, the office and hotel can be built anywhere, while the ferry terminal can’t.

The most fitting application for scarce port real estate is for maritime uses. The county should investigate other ways of restoring the port’s finances to firmer footing.