MSC Cruises has decided to further extend the pause of its cruise operation through May 29, according to a statement.

This is due to the COVID-19 pandemic, the company said, extending its operations pause from April 30 for another month.

“As governments across the globe have since further strengthened ashore public health and safety measures to protect local populations and contain the further spread of the virus, today’s decision by MSC Cruises to further extend this extraordinary measure aims to mirror and further support the effectiveness of such efforts,” the company said.

“MSC Cruises is working tirelessly with all guests and their travel agents to address the impact of this necessary decision to their bookings on our ships up to May 29 and it is genuinely sorry for the inconvenience that this will cause them. By announcing this now, the Company intends to provide travel agents and guests who are booked on affected sailings with as much time as possible to move their booking to a future cruise.”

Authorities were concerned the sickness was a result of coronavirus.

However, the cruise line claims his illness is down to common seasonal flu and insist no cases of coronavirus have been reported on any MSC ships. 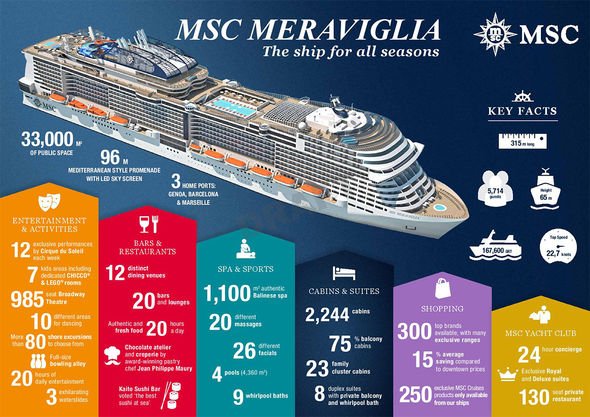 MSC is “extremely disappointed” with the double rejection.

The ship is now sailing onward to Cozumel, Mexico, the next scheduled port of call.

The Jamaican Ministry of Health released a statement yesterday.

“The vessel arrived at approximately 8:30 a.m. and upon inspection by the Port Health Officials, it was discovered that a crew member was placed in isolation on board.

“The crew member had a cough, fever and associated muscle pains with a travel history to a country of interest relating to the COVID-19.”

He said: “In an abundance of caution, in order to provide protection to the health and safety of the residents of the Cayman Islands, the government has denied permission for the cruise ship to call on Grand Cayman as previously scheduled.”

MSC have said that the sick crew member and all passengers onboard the Meraviglia had passed a health screening before boarding the ship at the weekend.

The cruise ship departed Miami on Sunday and was scheduled to complete a 15-day cruise of Jamaica, the Cayman Islands, Mexico, Bahamas, Belize and Honduras, returning to Miami on March 8, according to an itinerary.

MSC said in a statement sent to Express.co.uk today: “MSC Cruises is extremely disappointed that Jamaican authorities yesterday delayed a decision for many hours to give our ship the necessary clearance to disembark guests, despite us having provided detailed medical records to the local health and national authorities ahead of its arrival as per normal protocol.

“Similarly, the decision taken overnight by the Grand Cayman authorities to refuse disembarkation at Georgetown was made without even reviewing the ship’s medical records, which show one single case of common seasonal flu (type A influenza) affecting one crew member with a travel history clearly showing no passages through territories either affected by COVID-19 (Coronavirus) or subject to any international health restrictions. In both instances, the ship was effectively turned away simply based on fears.

“MSC Meraviglia is currently at sea on her way to Cozumel, Mexico, her next scheduled port of call. 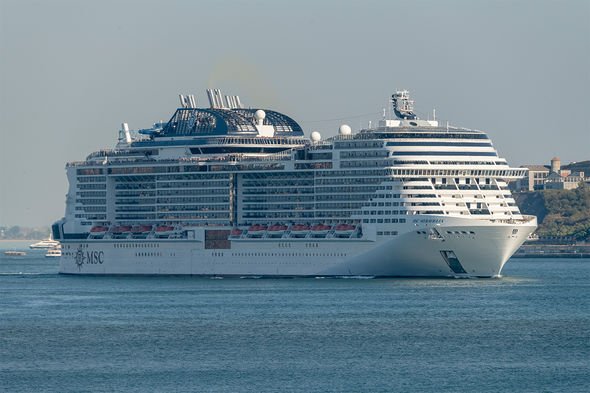 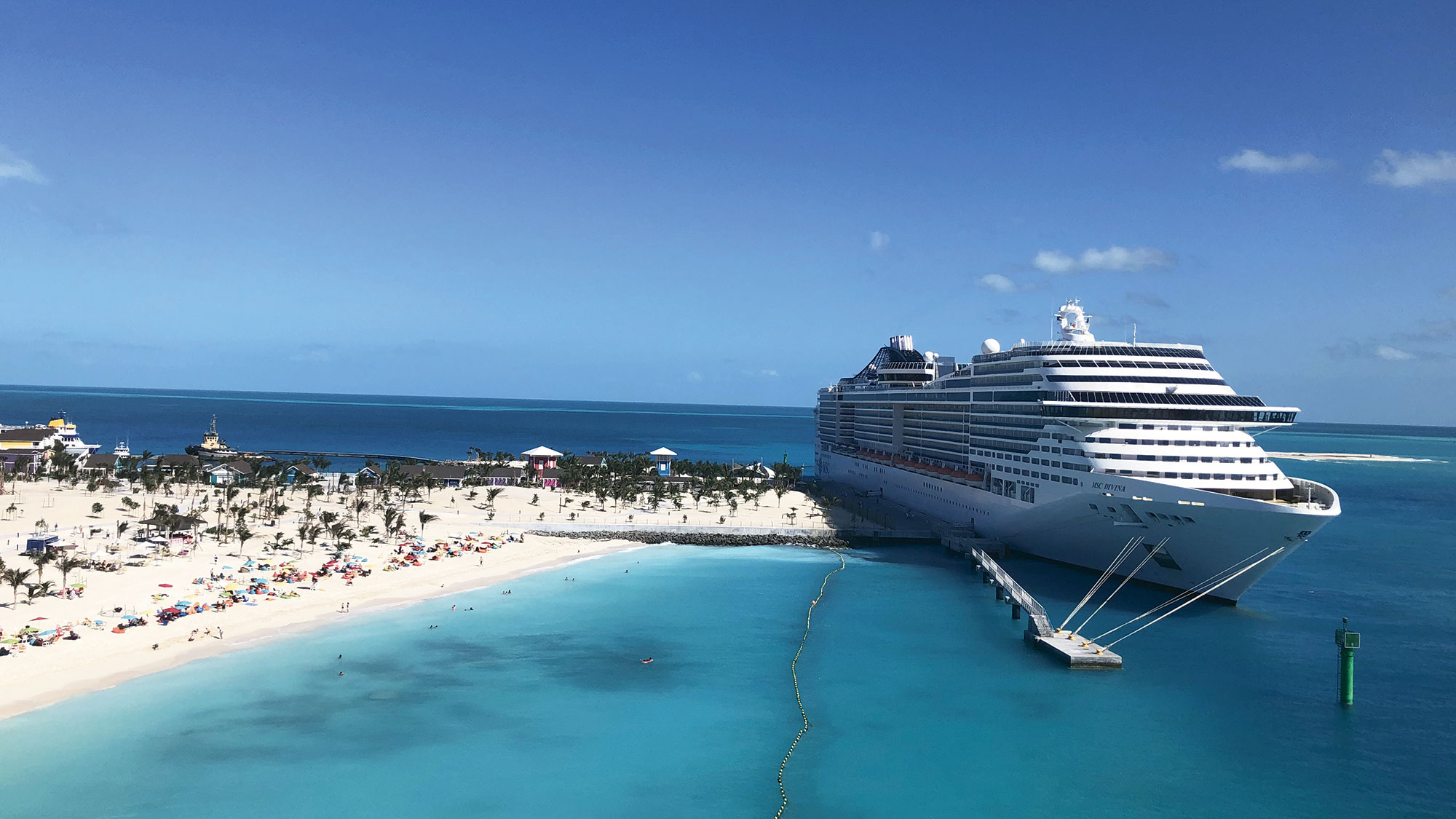 A view of the MSC Divina from atop the 115-foot lighthouse on Ocean Cay.

But what they did not see is perhaps what makes Ocean Cay MSC Marine Reserve most special: a four-year effort to transform this former sand-excavation site into a tropical paradise and a continuing commitment to making the island a hub for coral restoration and marine conservation.

Ocean Cay opened Dec. 5, adding MSC to the ranks of cruise lines with private destinations in the Bahamas. 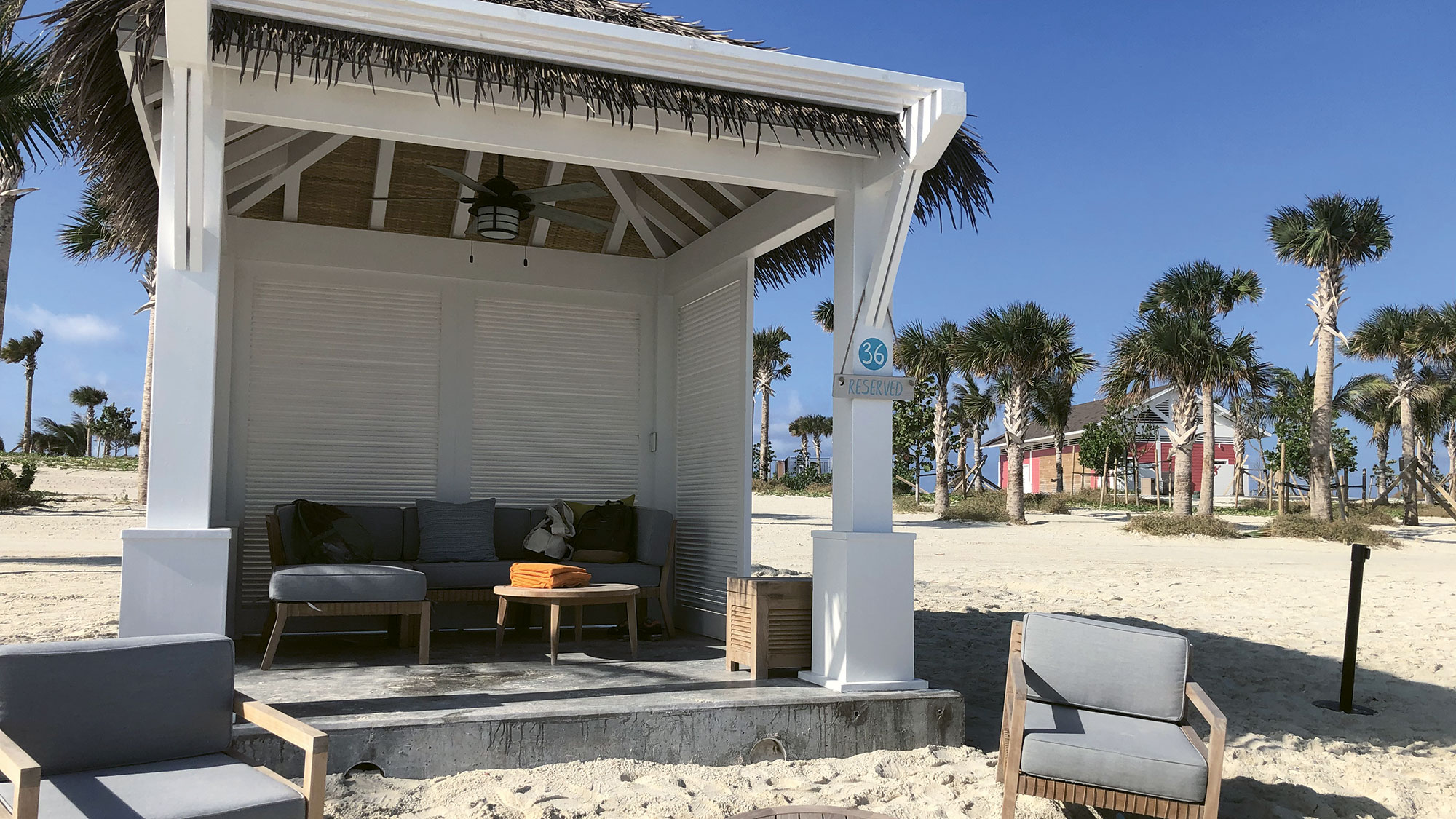 While other private islands have made headlines recently with bells and whistles usually found on the ships themselves, MSC designed Ocean Cay to offer a “natural Bahamian island” experience.

The herculean effort to create what is essentially a model of marine restoration out of a treeless island with 1,500 tons of industrial waste on and around it guided that approach.

“We spent four years cleaning it up,” MSC COO Ken Muskat said. “They’d killed the marine life. We spent four years regenerating marine life and bringing it back. We have watersports and volleyball and so much to do. But we want to keep the natural beauty of the island as the focus. That’s the point.”

To underscore that point, MSC is working to designate 64 square miles of the sea around the island a marine reserve and is investing in a major coral restoration project. It is also building a lab on the island for marine biologists and students to lead restoration efforts. Guests will be able to participate in projects such as planting coral back in the ocean.

“We’re not trying to build an amusement park on the water,” Muskat said. 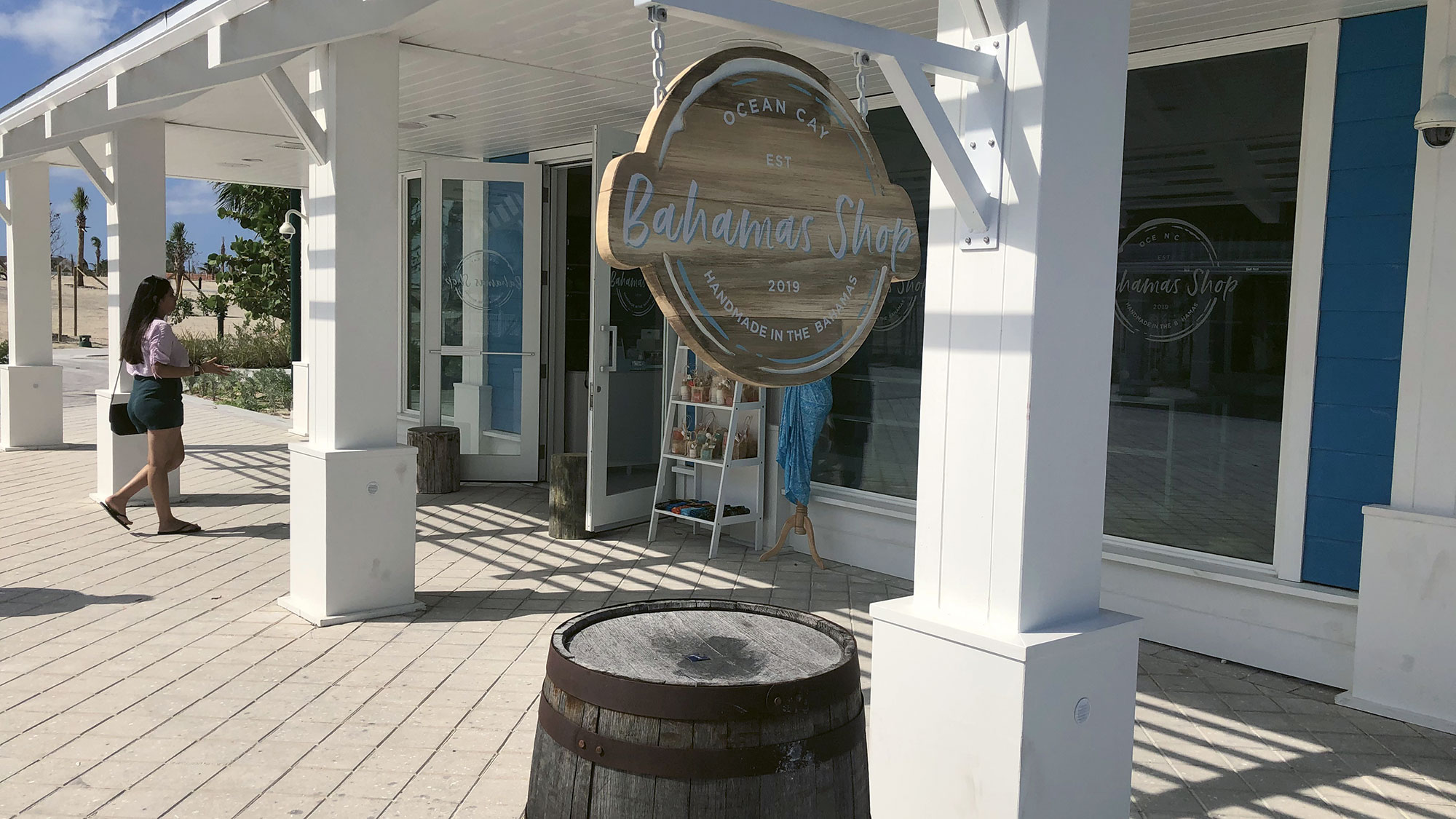 A shop on Ocean Ca, that sells only products made in the Bahamas. Photo Credit: Johanna Jainchill

The 95-acre island, still a work in progress  —  MSC planted 77,000 trees and shrubs here, and it will soon be much lusher than it is now  —  has eight beaches: some wavy, ocean-facing ones, others surrounding a calm lagoon. Guests can kayak, stand-up paddleboard, snorkel, play in beach volleyball tournaments, walk 165 steps to the top of the lighthouse or get a massage in a beach cabana.

There are plenty of bars (I counted 10) and several shops serving coffee, ice cream and goods, including one featuring only products made in the Bahamas.

There is one main buffet area serving Caribbean-style salads in addition to standard cruise ship fare, and complimentary food trucks have been spread out on the island serving a very limited burger and hot dog-focused menu.

Just as on the ships, MSC Yacht Club guests have their own part of the island with a private beach and restaurant.

Ocean Cay also stands out for being the only private island currently offering nighttime activities on every call, possibly because the island is only 65 miles from Miami, so ships can still arrive there the next morning.

I enjoyed sunset cocktails at the Lighthouse Bar while others had their feet in the sand along Sunset Beach. A Bahamian Junkanoo “street parade” wound along the island’s paths to Lighthouse Bay, where the beach was set up with chairs around fire pits. Twice a night, the 115-foot lighthouse puts on a light show. A DJ kicked off a dance party on the beach, while guests still on the ship watched from their balconies and the open decks.

Staying late also means unique excursions such as stargazing on the beach and nighttime stand-up paddleboarding on boards fitted with LEDs.

Muskat said the Ocean Cay experience fills what was a gap in the line’s offerings.

“This has helped fill that hole,” Muskat said. “Our aim is … for people debating MSC or another vacation, they use Ocean Cay as a reason to book MSC Cruises.”

Ocean Cay has proven so popular, he said, that future cruise itineraries could visit twice.

“There’s a lot of demand from guests,” he said. “They say they just can’t do everything in one day.”

And with so many beaches and private cabanas throughout, unlike on the pool deck of most cruise ships on a sunny day, there was plenty of space.

“One of the greatest comments we get is nobody feels crowded because there are so many places to spread out,” Muskat said. “The other is they wish we were here longer because there’s so much they didn’t get to see.”