Norwegian Cruise Line today announced the completion of the refurbishment of Norwegian Jewel as part of The Norwegian Edge program.

The ship will spend her winter 2018 and spring 2019 seasons cruising from Sydney, Hong Kong and Singapore, before joining Norwegian Bliss and Norwegian Joy in Alaska for the summer.

“Norwegian Jewel’s complete renovation showcases our dedication to providing guests with quality experiences across the fleet and around the world,” said Andy Stuart, president and chief executive officer of Norwegian Cruise Line.

“Not only are we revealing updated designs and accommodations throughout the ship, but guests will also enjoy new venues and three incredibly exciting shows, one of which premieres for the first time on Norwegian Jewel.”

The Norwegian Jewel will feature two new shows – “Rock You Tonight,” and ship exclusive “Velvet.” The Australian musical “Velvet” makes its debut at sea with disco classics, a combination of circus acrobatics, cabaret and burlesque elements, and features the talented Brenda Edwards of “X Factor UK” as the lead, with “The Voice” finalist, Frenchie Davis to follow.

Nearly all dining, bar and lounge offerings on Norwegian Jewel were updated, and two new venues were opened – The Pit Stop and Bliss Ultra Lounge, replacing the Sky High Bar and FYZZ Cabaret Lounge, the company said. Drawing inspiration from the 1950’s, The Pit Stop is an all-American bar retrofitted with vintage license plates, gas station signage and other classic car elements of the era. The Bliss Ultra Lounge offers late-night entertainment in a modern and upscale setting, with more intimate seating options now available.

All 1,188 staterooms were upgraded with new televisions and USB outlets, as well as new carpet, artwork and furniture. The Haven by Norwegian received updates to the courtyard, additional cabanas on the sun deck and new finishes, carpets, tiles, drapes, artwork and furniture for all suites and villas. The ship also now has two new Haven Deluxe Owner’s Suites, at nearly 1,200 square feet and featuring large, 567-square-foot balconies, two private jacuzzies and accommodates up to four guests.

The Atrium has also been revitalized with an entirely refreshed look centred around a custom-design chandelier and includes updated flooring, refurbished reception and shore excursion desk areas, the addition of relaxed banquette seating and a large TV screen. 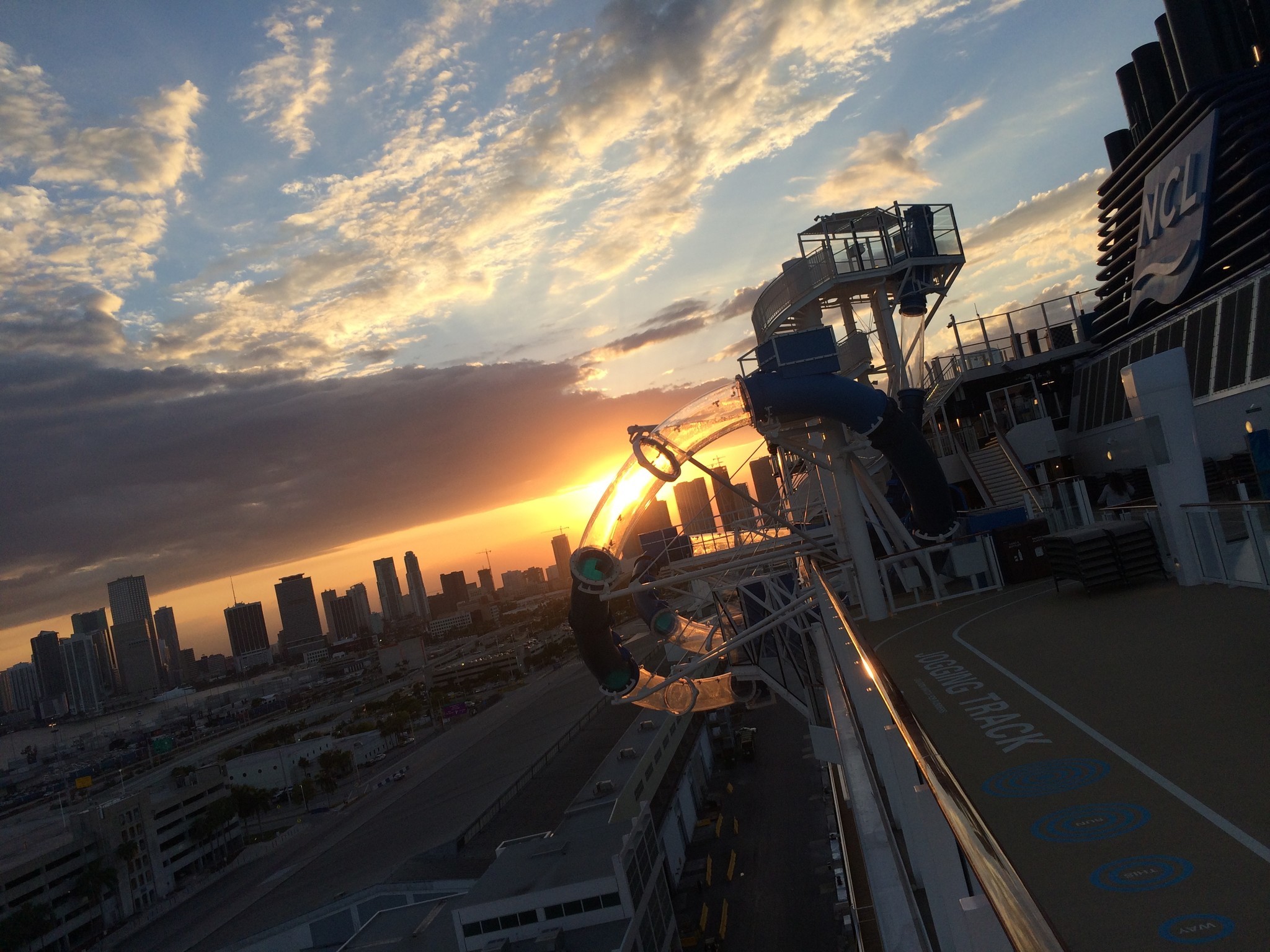 Norwegian Cruise Line has promised to never undercut its travel partners after revealing a surge in smaller agents selling its cruises since the introduction of its premium all-inclusive fare.

Nick Wilkinson, vice-president and managing director UK & Ireland, the Middle East and Africa, hailed the efforts of the trade at a media event for new ship Norwegian Bliss in central London.

He went on to link the last year’s move to premium all-inclusive pricing to a spike in agent support.

He said: “Premium all-inclusive has been an incredible success. It has opened doors to more and more agents feeling confident knowing what they’re selling with Norwegian.

“The [number of smaller agents working with Norwegian] is in double-digit growth. To me that is driving the success that we see in the market place.”

He added that premium all-inclusive gave agents “the simplicity” they needed to do their job, before revealing that trade sales make up 85% of NCL’s distribution.

“[Travel agents] are our ambassadors,” he said. “They make the difference. That is why we make sure they are protected. They have a really difficult job. We will never undercut our travel agents. They are our lifeline.”

Explaining NCL’s recent decision to make New York its homeport in 2019/20 rather than a UK port, he told Travel Weekly: “The UK market is the number one market outside the US you have to look at when you are designing deployment from a global perspective.

“You have to look at what your demand is from each of those areas.”

He said it was understandable the UK market wanted “the newest, brightest, biggest” vessel but said, thanks to the Norwegian Edge renovation programme, “all our ships are exceptional”.

The 4,004-passenger ship will sail weekly seven-day Alaska cruises each Saturday from Seattle during its inaugural season.

From November, during its first winter season, the vessel will operate seven-day eastern Caribbean cruises each Saturday from PortMiami.

Following an expansive refurbishment, the Norwegian Jewel will spend a second season down under cruising a set of itineraries taking in the “best of Australia” including Melbourne, Cairns, Hobart; and New Zealand including Milford Sound, Wellington and Tauranga, as well as itineraries to the South Pacific, Southeast Asia, and a transpacific voyage from Vancouver to Tokyo (Yokohama).

In late October 2018, Norwegian Jewel will undergo a three-week dry dock in Singapore, as part of the Norwegian Edge multi-million-dollar revitalization program.

“Norwegian Jewel’s Australia and New Zealand sailings have received a great deal of anticipation and excitement from guests both locally and internationally,” said Andy Stuart president and chief executive officer for Norwegian Cruise Line. “The region is a bucket-list destination for many of our guests with a warm culture, lush lands, sandy beaches, action-packed adventure and more. We are thrilled to be returning to this dream destination with the iconic Norwegian Jewel looking as if she were a brand new ship.”