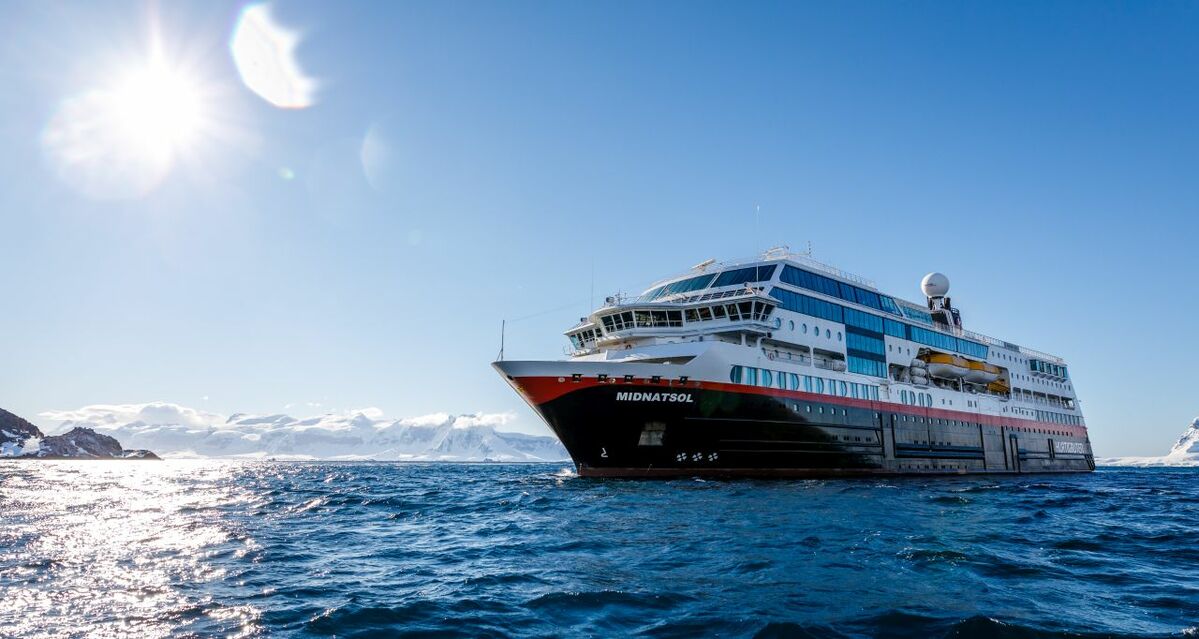 Three Hurtigruten coastal vessels will be transformed to hybrid-powered expedition cruise ships – which the operator says will be the largest upgrade project in its 125-year history
Hurtigruten introduced the world’s first hybrid-powered cruise ship Roald Amundsen in July this year and will add another three hybrid-powered ships to what is already considered the greenest fleet of cruise ships in the world.
As they are transformed into “full-fledged premium expedition cruise ships”, Trollfjord, Finnmarken and Midnatsol will be renamed Maud, Otto Sverdrup and Eirik Raude.
Otto Sverdrup will have battery packs installed during a 2020 yard stay, with a letter of intent for the same battery installation on Maud and Eirik Raude in 2021.
The three ships will also be equipped for shore power, to cut emissions to zero when docked in ports with shore power facilities.
In addition, the three ships will get substantially upgraded low-emission engines, complying with all known and upcoming regulations.
“At Hurtigruten, the push for sustainable solutions and the introduction of green technology is the core of everything we do. We operate in some of the most spectacular areas of the world. This comes with a responsibility,” Hurtigruten chief executive Daniel Skjeldam said. With these upgrades, the ships will be transformed into premium expedition cruise ships, carrying a maximum of 530 guests.
The keep-to-mast upgrades will introduce several new features and venues on the ships. A specially designed Expedition Launch – the tender pit area where guests embark on their excursions and off-ship adventures – will be added to all ships, complete with tender boats and other expedition equipment.
All cabins and suites will be completely refurbished, and new suites with spectacular views added to all three ships.
Hurtigruten’s signature Science Centre will be added to the three ships.