Royal Caribbean Cruises has agreed a $2.2 billion loan facility with banks to shore up cash flow as the coronavirus pandemic hits travel companies.

The cruise giant said it has “borrowed the full amount available under the term loan to further bolster its liquidity”.

Royal said it has more than $3.6 billion in cash and has committed financing for all of its new ships on order.

“This is a period of unprecedented disruption for the cruise industry,” said chief finance officer Jason T. Liberty.

“We continue to take decisive actions to protect the company’s financial and liquidity positions as they enable us to keep focused on our guests, our crew and our long-term plans.”

Royal, which owns Celebrity Cruises, Azamara and Silversea, suspended sailings earlier this month along with other cruise lines around the world as travel restrictions were imposed globally. 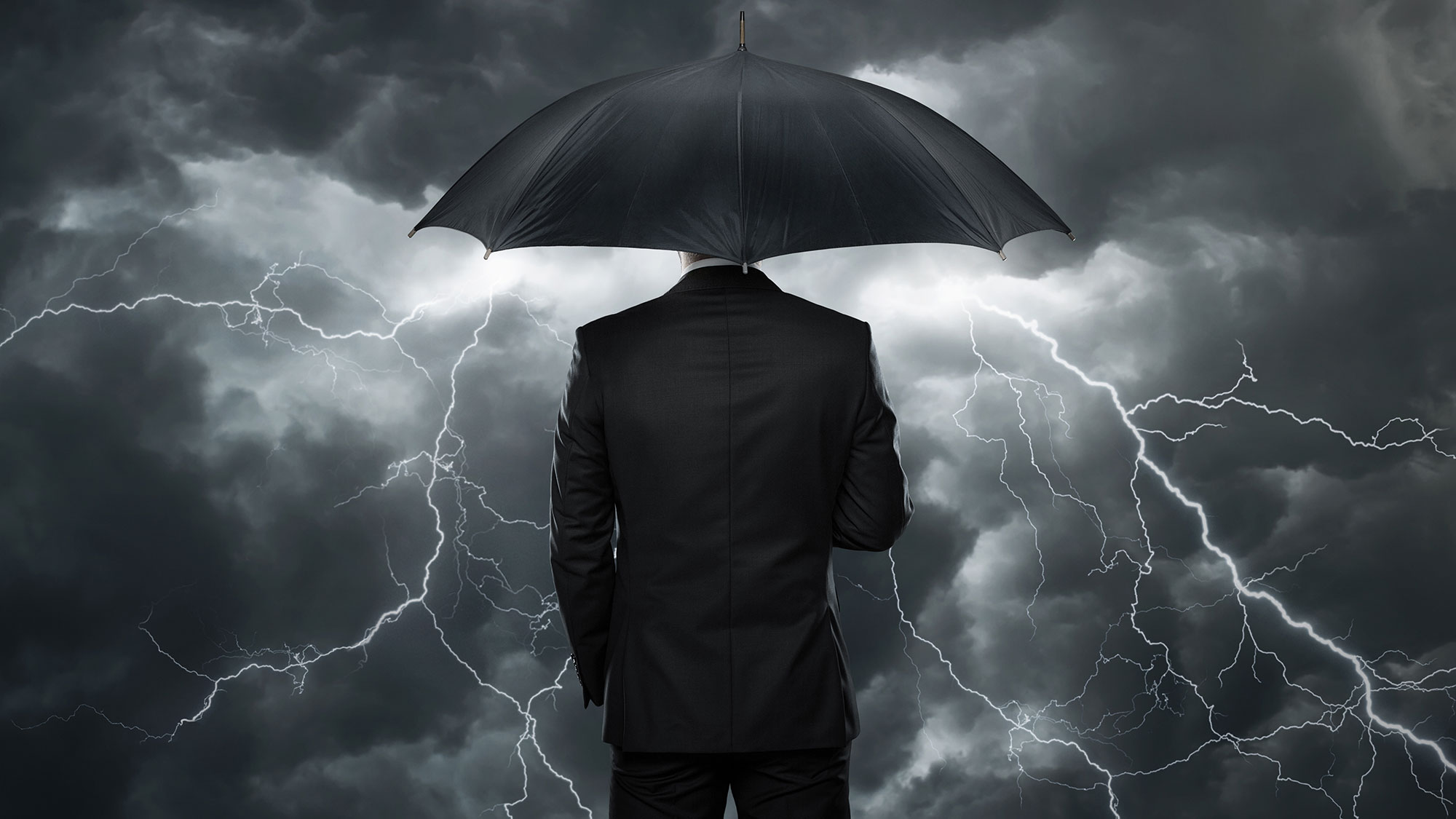 The travel industry is bracing for a potentially serious downturn of unknown length as the coronavirus continues to spread, forcing cancellations of flights, tours and cruises in China and threatening to create a global tourism slowdown.

While most industry players said it was too early to predict the ultimate impact, investment analysts said the growing number of travel warnings and bans related to the virus, combined with election-year politics in the U.S. and geopolitical tensions, were worrisome in terms of the financial health of the industry in 2020.

“The tourism industry is already facing a number of headwinds, including ongoing uncertainty over the terms of the U.K.’s upcoming Brexit withdrawal and intensifying geopolitical tensions between a number of powerful nations,” said Ben Cordwell, travel and tourism analyst at the U.K. data and analytics company GlobalData. “These factors, combined with the coronavirus outbreak, could mean a tough year lies ahead for the international tourism industry.”

While some outbound tours and China-based cruises were cancelled, U.S. tour operators were mostly taking a wait-and-see approach, noting that this is the off-season for travel to China; group travel and cruises typically pick up in March.

Airlines felt the immediate brunt, with British Airways becoming the first carrier to halt all travel to China and others following suit.

Austin Horowitz, a senior aviation management consultant for ICF, said that even in a best-case scenario, demand for air travel to China would take a severe hit in the near term.

“The duration of how long this goes on until it is contained will have a significant impact on how fast the recovery is,” Horowitz said of travel demand.

A recent IATA analysis showed that pandemic outbreaks can have a major impact on air service demand but that demand also recovers quickly. The World Health Organization has not classified coronavirus as a pandemic, but it is likely to do so.

During the most significant pandemic of this century, the 2003 SARS outbreak in southern China that killed nearly 800 people and afflicted more than 8,000, Asia-Pacific airlines saw the number of monthly miles travelled by passengers bottom out at 35% below pre-pandemic levels.

Over the course of 2003, revenue miles flown were down 8%, causing $6 billion in lost revenue. However, monthly passenger numbers at Asia-Pacific carriers had returned to pre-SARS levels within seven months of the start of the crisis.

Other pandemics, such as the 2015 MERS flu outbreak in South Korea, had a shorter-lived effect. The first month of the outbreak brought a 12% decline in travel to and from South Korea, IATA said. However, volume began to recover after just two months.

“While there are risks that this outbreak could cause a sizeable disruption, history indicates that any effect on air transport would be temporary,” IATA said in a statement.

Cordwell, too, said that while it was hard to predict best- and worst-case scenarios, “I do think the market is quite resilient. People are not going to stop travelling. … I do think the industry will definitely bounce back.”

Travel advisors, meanwhile, were scrambling to deal with the uncertainty.

“It has been a horrible experience with travel plans,” said Craig Hsu, vice president of Travel Design USA, which specializes in travel to Asia. “The mood of our travellers [is] very concerned and worried. We have cancelled multiple trips, including a large group that was supposed to travel to Wuhan in March. Luckily, the airlines and cruise lines worked with us for a full refund to our clients.”

Although acknowledging that his advisors were inundated with calls, he said the impact had been much greater in 2003. But he also pointed out that U.S. consumer demand for travel to China was much higher back then.

“SARS was huge,” he said. “People were more interested in travelling to China during that time versus now,” a shift that he attributed to trade and political tensions between the U.S. and China.

Agents said they also were starting to see apprehension about travel beyond China.

For example, Joan Novack, an independent advisor with a Travel Edge affiliate in New York, said she has two clients, women in their mid-80s, travelling to Southeast Asia with Abercrombie & Kent starting Feb. 24. One of the clients still wants to take the trip, she said, but the other is reluctant after hearing news reports about the spread of coronavirus.

ASTA advised agents against making any recommendations to clients about whether or not to travel to affected areas, instead of encouraging them to direct clients to the Centers for Disease Control and Prevention for the most up-to-date recommendations related to coronavirus.

“Ultimately, it is the traveller who must make that decision, ideally doing so in an informed manner and in light of his or her own individual risk tolerance,” ASTA said in a statement.

As far as the long-term impact of coronavirus on cruise lines, UBS financial analyst Robin Farley said that Royal Caribbean Cruises Ltd. (RCCL) is the most exposed to the China market, where it has about 6% of its deployments in 2020, followed by Carnival Corp. with 5% and Norwegian Cruise Line Holdings with less than 1%. She said that while Chinese passengers are growing rapidly as a source in other parts of the world as well, “Chinese passenger travel to other markets may not be as impacted by these concerns.”

Farley also said that early checks had indicated that the coronavirus had not impacted North American cruise bookings.

“Concerns about viruses tend to be regional to the occurrence, and it is still early to know what regions may ultimately be impacted,” Farley wrote in an investors note.

The outbreak was top of mind at the Americas Lodging Investment Summit in Los Angeles last week, as hoteliers braced for a significant drop in one of their biggest growth markets as well as the potential fallout from a decline in outbound travel from China.

STR president Amanda Hite said, “I do expect there to be a pretty big demand drop [for hotels] in China. When I look at the initial impact on the U.S., there will be some key markets that feel it, especially in gateway cities that depend on Chinese travellers, like New York, Los Angeles. Those are markets where if this is a prolonged issue, that could be very impactful.”

Hite said a look back at the impact from SARS, which began around February of 2003, showed the peak drop in room demand for China came a few months later.

Anthem of the Seas is cruising from Southampton Summer 2020

Royal Caribbean International is to axe 55 non-sales jobs at its UK and Ireland office in Surrey.

Jobs in departments such as revenue management and direct business will move from Weybridge to the company’s Miami HQ.

The move is part of a wider restructure which will see Royal Caribbean Cruises brands Royal Caribbean International, Celebrity Cruises and Azamara operate independently from April 1.

Ben Bouldin, who has been promoted to vice president of Europe, Middle East and Africa, said the shake-up would not affect the company’s sales team in the UK, where 300 people are employed.

He said: “This has been driven by three key things: a desire to have a real trade-focused business model, enable centralisation of non-sales functions and enable the brand to go single branded worldwide.

All of the 55 job roles will be phased out over the next eight months, however, some staff have already left.

Meanwhile, the French, German and Italian markets will be managed by third-party teams in each nation, while Gianni Rotondo, associate vice president, non-managed markets, will oversee them.

Bouldin said: “We had a situation where we had put a lot of people in these markets and it has not worked.

The announcement follows a raft of changes to the trade sales team which were unveiled earlier this month.

Torey Kings-Hodkin, who was Thomas Cook’s former head of commercial partnerships, has taken over from Donna Carley as the line’s head of key accounts.

Bouldin added that restructure demonstrated how the line remains “most committed to the trade”.

Treacy will be responsible for the cruise line’s business across the Asia Pacific region, Australia, New Zealand and Europe, Middle East and Africa (EMEA).