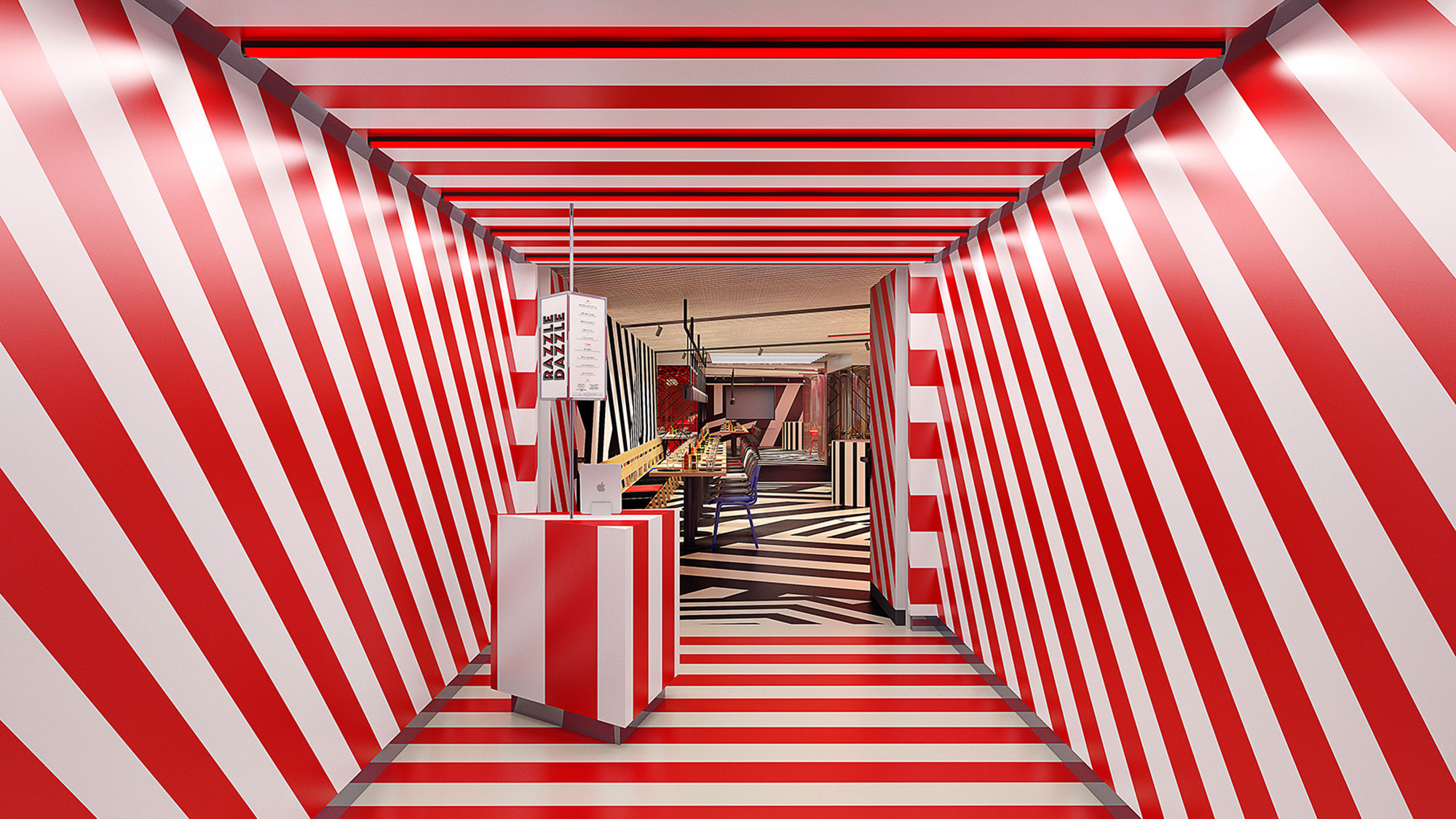 NEW YORK — As the Scarlet Lady moves from concept to full-fledged cruise ship, the next frontier — and the next reveal — for Virgin Voyages is dining.

The cruise line presented the looks of several restaurants during a high-octane evening in New York that began with a press conference, moved on to a multicourse dinner with a troupe of drag queens as the emcees, and culminated in a set by rocker Joan Jett.

Virgin said it engaged its “creative collective” of designers to conceive buzzy, fun eateries and partnered with chefs such as Brad Farmerie of Public and Saxon + Parole. 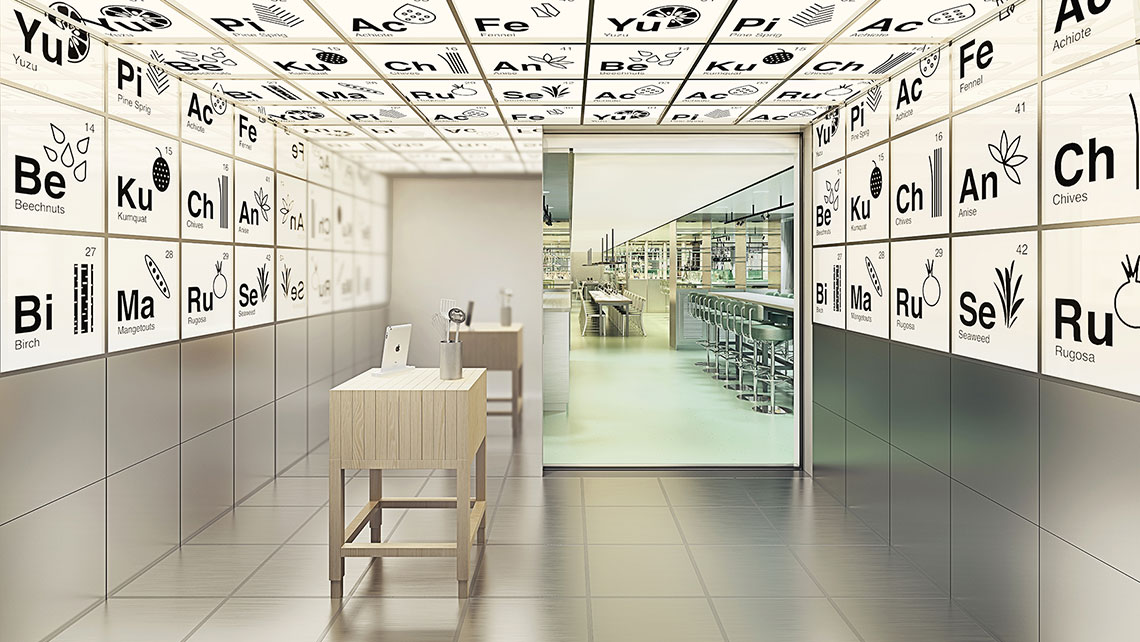 The laboratory-inspired Test Kitchen will be home to chef-table dinners.

In turn, he added, “we hope to inspire the cities that inspire us.”

What you won’t find on the ship is the main dining room, a buffet, or upcharges for speciality dining.

The restaurants have different high-concept designs, but the connecting thread seems to be a commitment to chic, clean, modern lines that appeal to sophisticated grownup tastes (no kids are allowed onboard). One point the Virgin brass made: bars are located inside each of the restaurants.

The restaurant with the most outer design is Razzle Dazzle, where the walls have bold, geometric patterns of black-and-white paint inspired by ship camouflage from World War I and a bar done up entirely in slick Virgin red. The menu will include a “nice” side with veggie and vegan offerings; the “naughty” side includes meat add-ons and the ability to add alcohol to the healthy smoothies. 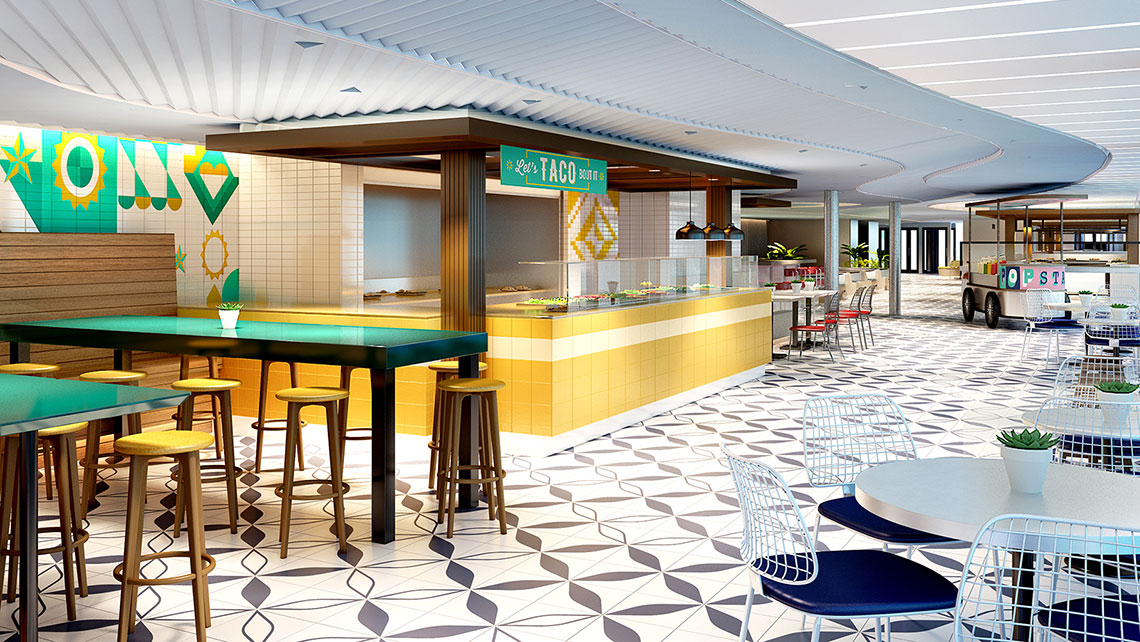 The Galley will have several food stations.

This is also the location for a Drag Brunch, featuring the ship’s drag queen — yes, there will be a drag queen in residence — and cocktails like the Yaas Queen.

The laboratory-inspired Test Kitchen will be home to chef-table dinners and cooking, mixology and coffee-brewing classes. Passengers enter through a hallway papered with a Periodic Table of foodie elements.

Pink Agave is the ship’s Mexican restaurant; think upscale Mexico City for this look. “Authentic dishes that put an elevated twist on Mexican food,” Saverimuttu said. Virgin said it’s “designed to be a lively, shared-plate restaurant experience, where the DJ amps up the energy of the room as the evening hours slip away.”

There will be a Korean barbecue restaurant, Geonbae, where guests can cook at their table and enjoy a complimentary round of soju. Extra Virgin is the cruise line’s take on a trattoria. 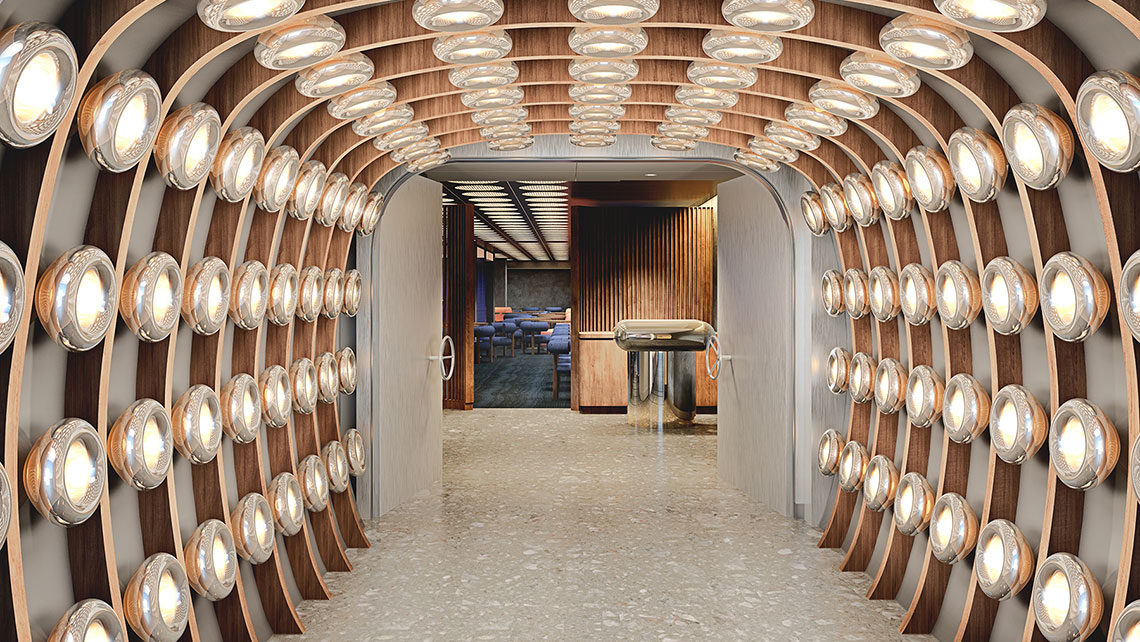 Pink Agave will be the Scarlet Lady’s Mexican restaurant.

The dock will be the Scarlet Lady’s al fresco lounge area. Galley will be more like a food hall than a buffet, featuring at least eight shops and food carts. Wake, situated in the ship’s aft section, will be the ship’s most upscale restaurant.

The Scarlet Lady is expected to make its debut in 2020. 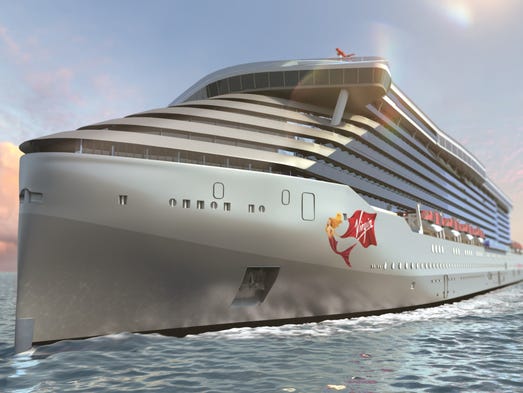 Virgin Voyages has revealed its first cruise ship will be adult-only.

The decision to not allow children on board was taken after consulting travel professionals and “future sailors” – Virgin’s term for passengers.

Virgin Voyages three-ship fleet will be known as the “Lady Ships”, a play on the term “your ladyship”, which the line said was a nod to British heritage.

The ship’s design, which was unveiled at a keel-laying ceremony at Fincantieri’s shipyard in Genoa, Italy, today (Tuesday), will feature a silvery-grey hull, with smoked glass and splashes of red, while a mermaid design will feature on the bow of the ship.

The first vessel is due to be delivered in 2020.

Staying true to its promise of breaking with tradition, the line is calling cabins with balconies “sea terraces” and passengers will be referred to as “sailors”.

McAlpin said: “Virgin Voyages is creating a sophisticated ship and a transformational experience that offers our sailors a place where rejuvenating day-life meets exciting nightlife and everything in between.” 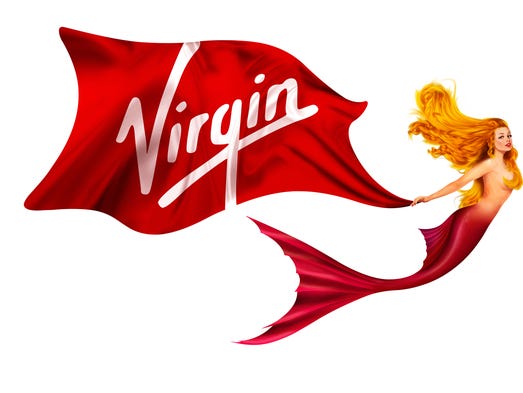 Customers and travel partners can place a $500 refundable deposit for access to a pre-sale before Virgin Voyages goes on general sale.