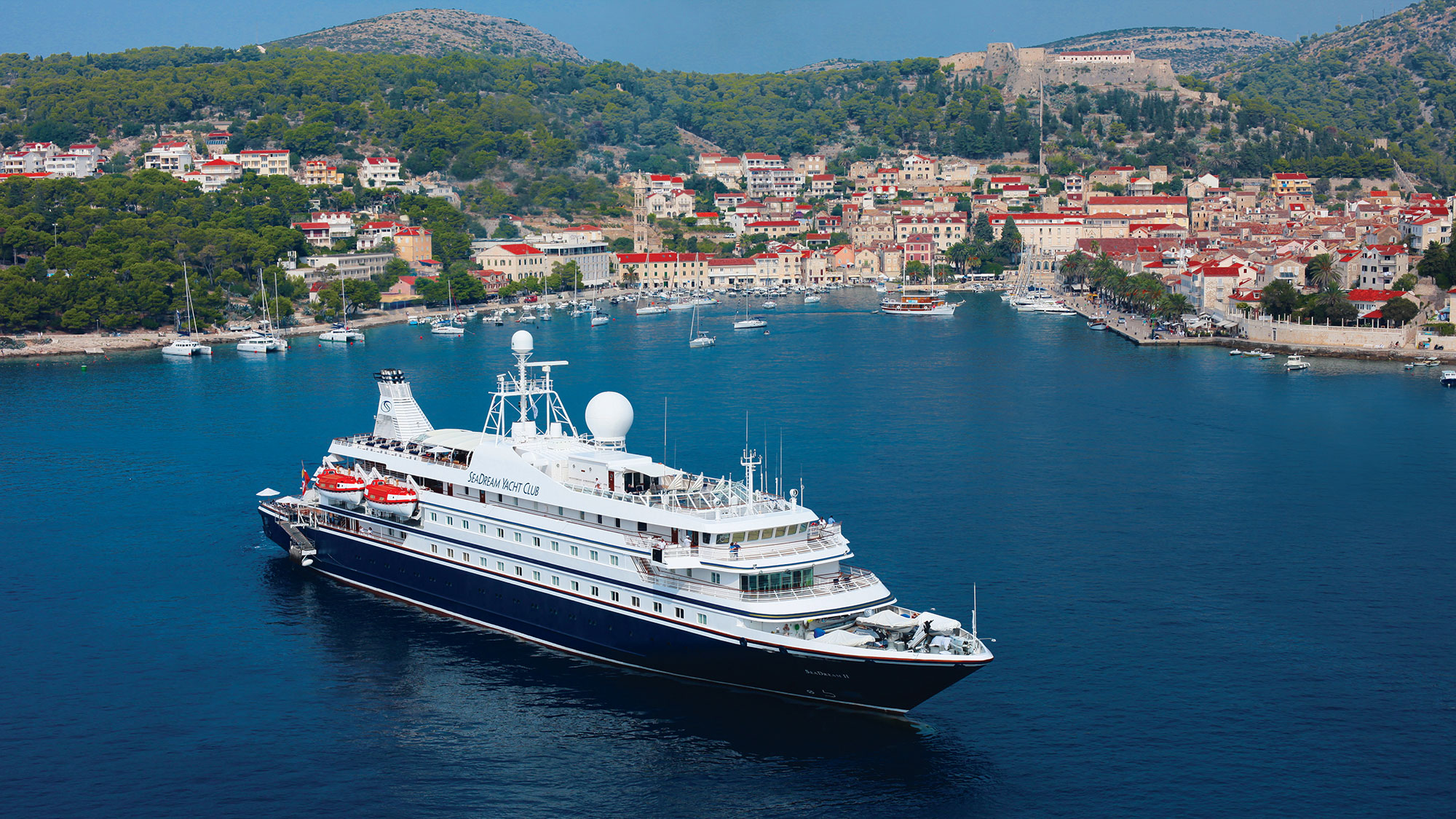 SeaDream Yacht Club said that its first sailings following its operations pause have sold out.

The small-ship line will begin sailing seven- and 12-day cruises out of Norway on June 20.

SeaDream opened reservations last week and according to executive vice president Andreas Brynestad, the first voyage sold out in “a matter of days.”

“The response has been nothing but overwhelming in a good way and better than we could have ever imagined,” he said. “People are incredibly hungry for travel and our small yachts/ships are exactly what people are looking for now.”

SeaDream said that during the pause in operations its ships repositioned to Lisbon, where they were maintained and given upgrades such as replacing the teak deck.

SeaDream normally operates in the Caribbean and Mediterranean. The Norwegian line’s itineraries will take the ships past the Arctic Circle so that guests can experience the midnight sun, the Lofoten Fjords, and Tromsoe.

SeaDream Yacht Club said the next cruise of the Sea Dream I, scheduled to depart Rome on Sept. 3, has been canceled.

The company confirmed that a fire broke out on the ship’s current cruise and passengers were disembarked at sea onto a high-speed ferry for transport to Naples. From there they were bussed to Rome.

SeaDream said the small fire in the engine room was promptly extinguished and all guests and crew were unharmed.

SeaDream said the company’s marine and technical staff is evaluating necessary repairs of SeaDream I. The fire’s cause is being investigated.

Cruise-ship-event pioneer Landry & Kling, which has specialized in incentive cruises, cruise meetings and dockside ship charters for global events since 1982, has released a list of the Top 10 Ships for Top-Tier Events.

Founders Joyce Landry and Josephine Kling were inducted into the Cruise Lines International Association Hall of Fame in 2009, as “visionaries who led the way in seagoing corporate meetings and incentives.” They have introduced concepts such as cruise ships as floating hotels, such as at the 2005 Super Bowl.

Kling, president of Landry & Kling, says the company is seeing a resurgence of high-end event travel, which “took a vacation” a few years ago. She points out that as cruises have become better (and better-known), their appeal has grown for incentive travel, customer-hosted events and much more

“In the early days, cash rewards were the rule, and then products,” she said. “But now, experiences are valued more than things, and travel has been documented as the most successful reward in corporate motivation and bonding.”

Kling says a company dangling an immersive cruise helps galvanize the potential participants and their spouses or significant others. Corporations also find that hosting staff on a ship keeps everyone together in a shared experience, which helps reinforce company values. People don’t disperse as they may on a golf course, and there is plenty to do at night, unlike many upscale resorts.

Kling underlines the use of the term “top-tier” on the list, rather than “luxury”; she notes that not all expedition-class ships have the full features of today’s luxury cruises, but they have other qualities that make them highly desirable.

“Lines such as Lindblad Expeditions may have older ships, but they provide experiences that leave people agog,” she said. “The quality of information is incredible, and if the event isn’t a full-ship charter, the people that meet onboard are like-minded. Participants on those cruises go through a change — an education — that they have shared, and that colors their interaction whenever they meet afterward.”

Itineraries and port experiences are high on the list of important factors for meeting, conference and event sales. Kling praised Larry Pimentel, president and CEO of Azamara Club Cruises, for the company’s extended stays in port in so many areas of the world.

“It really opened the door,” she said.

Kling noted that there are all sorts of creative ways to use the smaller ships on the list.

“The first question is always numbers — how many will be attending,” she said. “But you can do things like charter the two SeaDream ships — we have done that for a larger group, and they really enjoyed visiting one another and having races. And on ships where some of the lower category rooms may not be as appealing to an upscale cruiser, you can negotiate charter rates, and you don’t need to use every cabin.”

Making the Sale
Josephine Kling, president of Landry & Kling, points out that there is a different department in most large companies that handles large meetings and incentives; it is often small and very specialized. Agents tend to work with the regular groups department, which has different pricing and different access. Landry & Kling does work with third parties, including agents, on large events on a revenue-sharing basis.

Kling believes retail cruise agents can benefit even more than meeting planners from a new certification program that Cruise Lines International Association (CLIA) has created in partnership with Meeting Professionals International. It will be offered to CLIA agents at IMEX America in Las Vegas on Oct. 13 to 15, and again at Cruise360 next June.

“Agents would be even more likely to capitalize on this than meeting planners, since they already understand the cruise industry,” Kling said.