Starting with voyages sailing in April 2018, all guests on Silversea ships will get free unlimited Wi-Fi access.

Since January 2016, guests have enjoyed at least one hour of free Wi-Fi per day, the company said.

“We know how important it is to catch up on emails or share photos on social media while on vacation,” said Barbara Muckermann, Silversea’s chief marketing officer. “Now, with free unlimited Wi-Fi in all suites, our guests can stay as connected as they like while they voyage to the most fascinating places on Earth.” 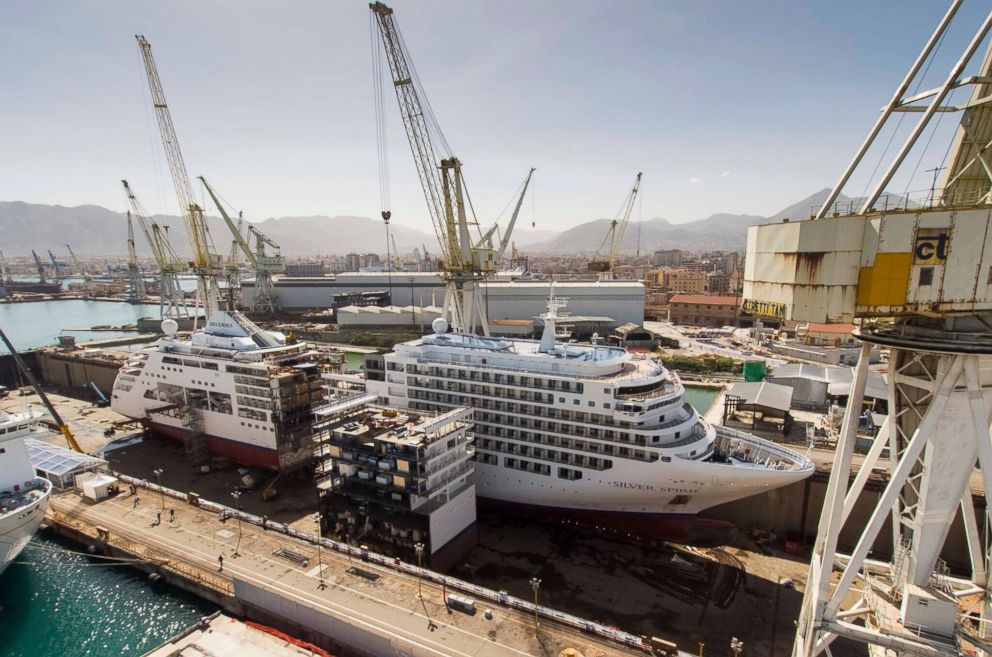 Click the above photo to watch a Timelapse video of the Silver Spirit being cut in half.

Why would anyone take a perfectly good cruise ship and cut it in half?

To make it even better, that’s why.

Silversea Cruises shared with “Good Morning America” video of the dry-docked Silver Spirit being taken apart at the midsection to add a prebuilt 49-foot segment to the ship. When work is completed in early May, the ship will be 691.3 feet long.

The company called the lengthening of cruise ships a “trend” in small ship luxury cruising. The multi-million dollar project to refresh the Silver Spirit is less expensive than building an entirely new ship.

On May 6, the refurbished Silver Spirit will recommence service with a 7-day cruise between Civitavecchia, Italy, and Barcelona.

Silversea Cruises has ordered a 596-passenger ship from Fincantieri that the luxury line is calling its new flagship vessel.

To be called Silver Muse, the 40,000-gross-ton ship is expected to be delivered in the spring of 2017. It will be Silversea’s largest ship and the ninth in its fleet.

“This ship contributes to our ambitious growth plans that will ensure our continued leadership in ultra-luxury cruising,” Silversea CEO Enzo Visone said in a statement.

Silversea’s most recent new ship is the 540-passenger Silver Spirit, delivered in December 2009. It has acquired several small expedition-style ships since then. Silversea said additional specifications and details of the new ship would be announced in the near future.

Seabourn, Regent Seven Seas Cruises and Crystal Cruises are among the luxury lines with new ships in the works.