The Port of Hamburg announced that it is offering a 10 percent discount on port fees for cruise ships registered with the Environmental Ship Index (ESI) of the International Association for Ports and Harbours (IAPH) and performing well.

The announcement said well performing vessels would receive a 10 percent discount on port fees in the German city.

The ESI evaluates the quantity of nitrogen oxide (NOX) and sulphur oxide (SOX) released by ships as well as CO2 emissions and accounts for the potential to use shore power as well.

This data is then presented in a score from zero to 100.

Ports with an ESI-based port fee reduction scheme attract more environmentally friendly vessels and hence reduce the environmental impact of shipping in the port, said the port, in a statement.

About 100 cruise vessels are voluntarily registered in the ESI currently. 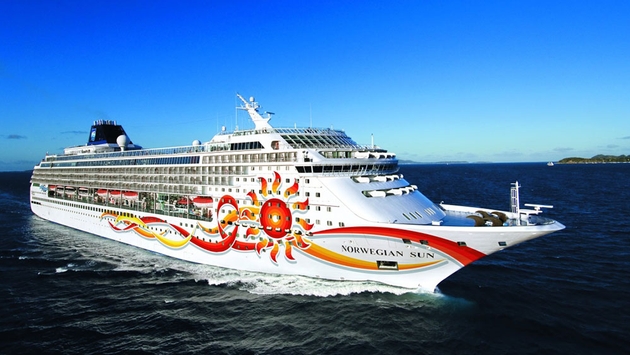 “We have both a moral responsibility and business imperative to sustain the places we sail and the communities that support our industry,” said Cindy D’Aoust, president and CEO, Cruise Lines International Association (CLIA), in a press release.

“Through innovative and state-of-the-art air emissions programs, we make clean ocean air one of our top priorities.”

The exhaust scrubbers remove sulfur oxide and particulate matter prior to emissions exiting the ships’ smokestacks. Each vessel received five such scrubbers, one per engine. Together, they can reduce sulfur by up to 99 percent and 85 percent of particulates. Combined, the Jade and Sun will lessen the equivalent of around 3,000 tons of Sulfur Oxide, SOx, gas during the coming years.

To such ends, the industry has collaborated with the likes of the International Maritime Organization (IMO) in order to regulate environmental standards. It has also gathered NGOs and maritime stakeholders to share air emission reduction concepts.

Port destinations additionally partner with cruise brands to better the environment as the Port of Seattle has. The facility has even awarded lines for their shared commitment towards green initiatives.

“We at the Port of Seattle observe year after year the cruise industry’s commitment to reducing emissions while in port by using shore power and exhaust gas cleaning systems,” said Port of Seattle Commissioner John Creighton, in the release.

“As part of our port community, cruise lines share our goals to reduce maritime-related emissions while maintaining a vibrant harbor. We look forward to our continued relationship with the industry and partnering on our mutual efforts to protect Seattle’s natural environment and air.”

Within the Norwegian fleet, the Jade and Sun represent two of what will soon be eight ships that have installed the scrubber technology. The Norwegian Escape, Norwegian Gem, Norwegian Joy, Norwegian Pearl and Pride of America already utilize the system, and the upcoming new Norwegian Bliss will launch with it in June 2018.

Norwegian is on its own way to achieve its MARPOL Annex VI compliance objective to lower its global sulfur cap from 3.5 percent to 0.5 percent by 2020.

Besides clean air goals, the line’s Safety and Environmental Protection Policy calls for lessening overall operational impact on the environment, disposing of waste according to domestic and global regulations, the recycling and reuse of materials, and targeting other means to improve the environment via management.

All of this is to say the cruise industry—although environmentally imperfect at times—is making concerted efforts to be the best it possibly can be. Provided brands like Norwegian Cruise Line continue to do their part and uphold the standards they themselves pioneer, the earth and travelers will thank them.

For more information on the industry’s environmental efforts, visit https://www.cruising.org/about-the-industry/research.