The SS United States Conservancy has entered into an agreement with commercial real estate development firm RXR Realty to explore options for the revitalization of the historic SS United States.

According to the Conservancy, over the next several months RXR Realty will be working to determine the viability of the SS United States’ redevelopment and will explore a range of potential locations for the historic vessel. In connection with its work, RXR will also be paying a substantial portion of the ship’s carrying costs and making other investments during this option period, including assembling a team to assess the vessel’s interior spaces and explore concepts for the ship’s revitalization.

The SS United States, aka “America’s Flagship”, has faced an uncertain future in recent years. In 2015, the SS United States Conservancy, which owns the transatlantic liner, was nearly forced to the scrapping of the ship due to mounting costs, only to be saved by an outpouring of public support that helped the Conservancy raise an additional $600,000 to save the ship. The following year, Los Angeles-based Crystal Cruises reached an agreement to purchase the iconic 1950’s era vessel with the goal of converting it into a modern, luxury cruise ship in compliance with all modern safety, environmental, and technical standards. But ultimately that deal too fell through after a technical feasibility study determined that the plan was a little too far fetched. Crystal instead ended up donating $350,000 to the Conservancy to help with ongoing costs.

Now, RXR Realty will go through its own due diligence process, but both sides are hopeful that a plan can be reached to redevelop the ship.

“The SS United States is one of America’s great vessels and an icon of American engineering and design,” RXR Realty says. “Given our history of repurposing and updating some of this country’s most historic structures, we are now working with the SS United States Conservancy to explore what options might exist for the ship, going forward. We are currently at the very beginning of this process – a process that will require substantial work on all sides. At the end of this period, we will have a better sense as to whether we have a viable plan and, if so, the specifics of that plan and in which waterfront community it might be actualized.“

The SS United States has been laid up at a dock in Philadelphia since 1996. 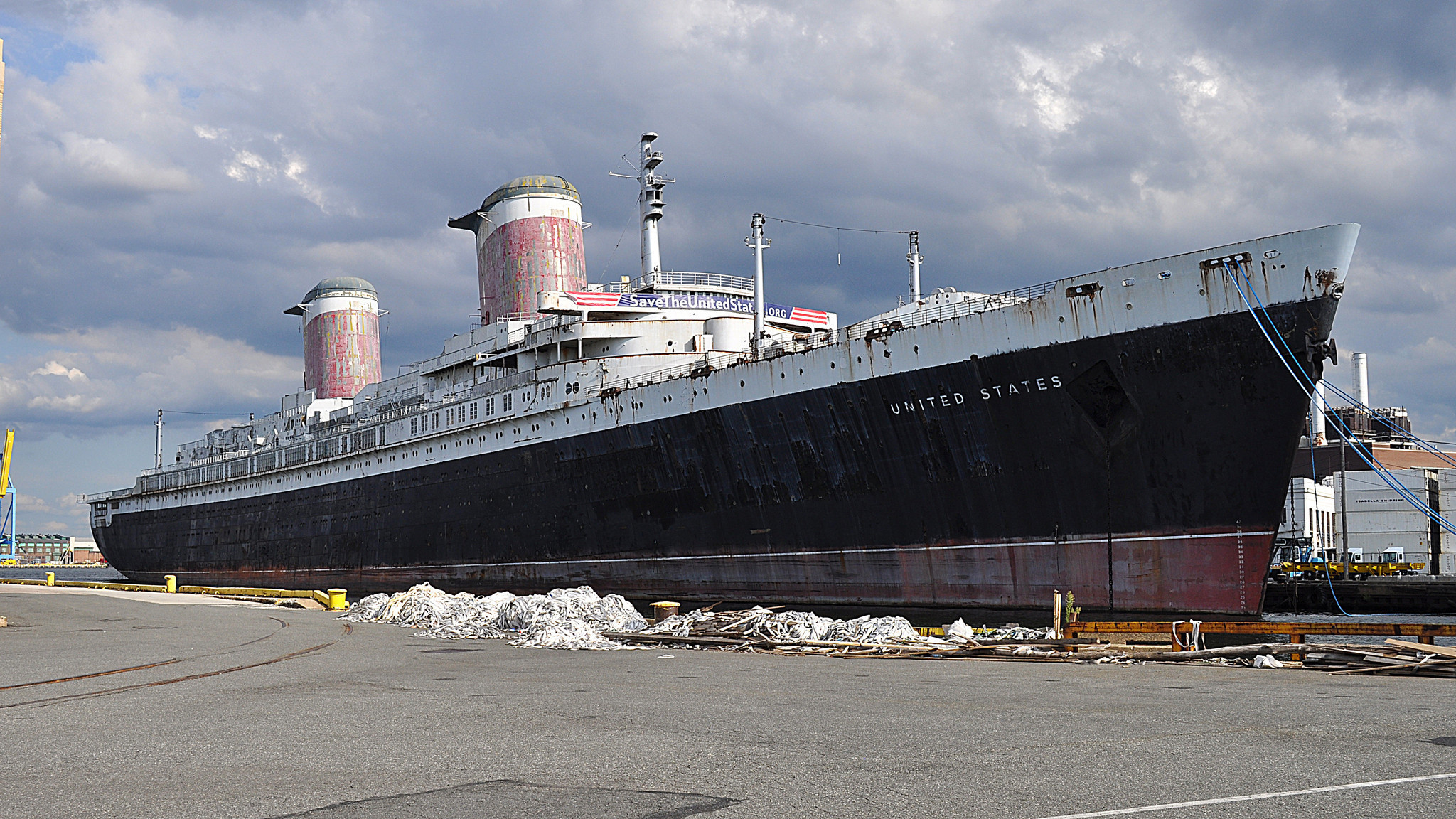 The luxury line said that while the vessel is structurally sound “the technical and commercial challenges associated with returning the historic liner to service as a modern cruise ship have unfortunately proven insurmountable”.

Crystal and the SS United States Conservancy announced in February that they had entered into an exclusive option agreement to convert the iconic 1950’s-era vessel into a modern, luxury cruise ship that would comply with all modern safety and technical standards.

A $1 million feasibility study and professional evaluation was instituted using world-class team of engineers and experts.

The line’s president and chief executive Edie Rodriguez said: “Over the past six months, Crystal has conducted an extensive feasibility study to restore ‘America’s Flagship’ to oceangoing service.

“Unfortunately, the hurdles that would face us when trying to bring a 65-year-old vessel up to modern safety, design and international regulatory compliance have proven just too great to clear in both a technically and commercially responsible manner.”

Susan Gibbs, executive director of the SS United States Conservancy, added: “While it has been determined that Crystal’s exciting vision for the ship would have required overcoming various technical hurdles and major changes to her historic design, the studies performed have confirmed the ship is structurally sound.

“America’s Flagship continues to hold enormous potential as a stationary mixed-use development and museum in New York or another urban waterfront setting.

“The SS United States Conservancy remains deeply committed to saving this unique and powerful symbol of the nation’s strength, history, and innovation.”

Crystal will make a donation of $350,000 to aid in the Conservancy’s ongoing mission to save the ship.

The ship has been docked in Philadelphia since 1996.

Edie Rodriguez, Crystal’s CEO, revealed the company’s plans today along with the ship’s current owner, the SS United States Conservancy, at the Manhattan Cruise Terminal here. Rodriguez said Crystal would cover all costs associated with preserving the ship while it undergoes a technical feasibility study to determine if it can be revitalized.

Crystal plans to transform the liner into an 800-passenger, 400-suite vessel called the United States by Crystal Cruises, preserving historical elements of the original United States, such as its promenade and Navajo Lounge. Crystal said it would be rebuilt extensively to meet current standards and would be in full regulatory compliance.

“Our goal is that it reemerge as a modern luxury vessel,” Rodriguez said, adding that the vessel would have the same 1.6 passenger-to-crew ratio as the 1,070-passenger Crystal Serenity. “It is our aspiration that it emerges as America’s flagship again.”

Susan Gibbs, executive director of the SS United States Conservancy and granddaughter the ship’s designer, William Francis Gibbs, said the conservancy planned to develop a land-based museum dedicated to the United States, and hoped to anchor it in New York.

She conceded that the liner “obviously needs upgrades” in order to “adhere to 60 years of rules and regulations.”

“Change is both exhilarating and challenging,” she said.

This is the second time that Crystal’s owner, Genting Hong Kong, will own the storied ocean liner, long known as the Big U.

NCL’s U.S.-flagged operations did not grow as planned, and the SS United States Conservancy purchased the United States from Norwegian/Genting in order to save it from being sent to a scrapyard.

The United States still holds the “Blue Riband” record for fastest transatlantic speed, set in 1952 on its maiden voyage from New York to England.