The Celebrity Edge has been floated out of her drydock at the STX France shipyard.

“This truly is an exciting moment for our brand,” said Lisa Lutoff-Perlo, President and CEO, Celebrity Cruises. “The float out process marks a milestone in the building of Celebrity Edge. With exterior construction complete, the amazing STX France team will now turn their attention to bringing all of the meticulously designed venues and transformational staterooms and suites to life.”

The 2,900-passenger ship debuts in November. 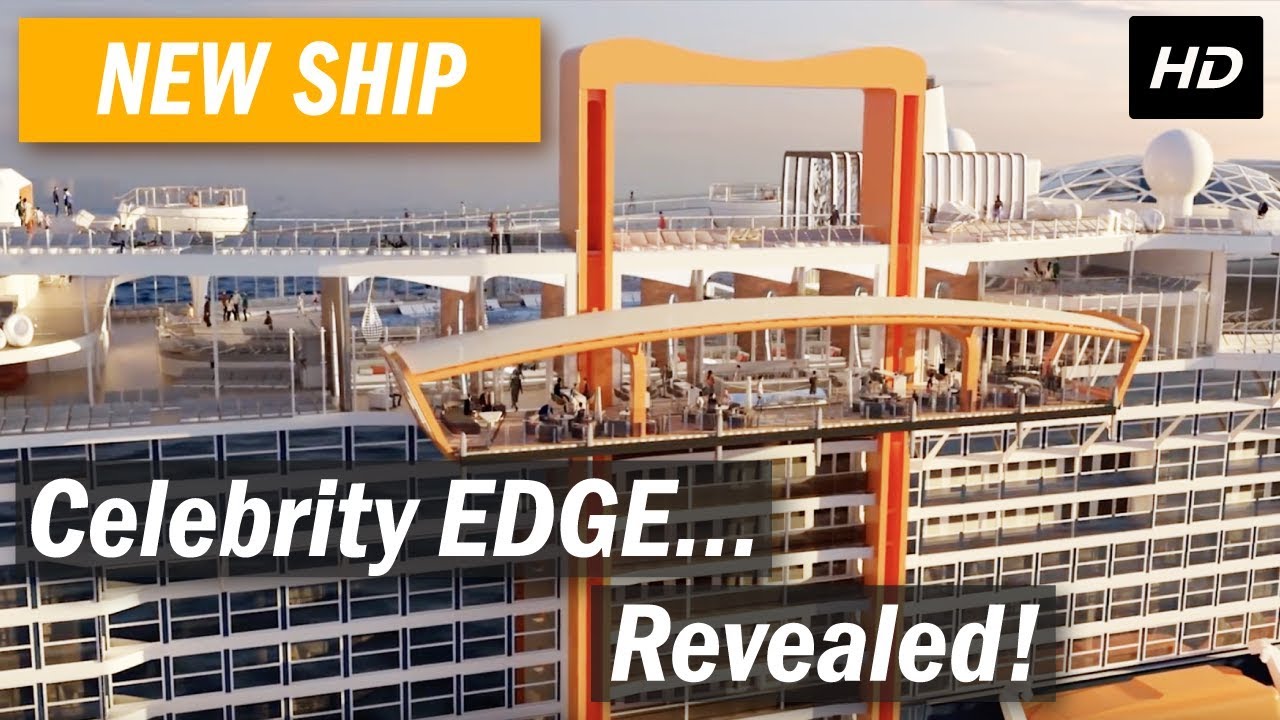 The ship is expected to be completed ahead of schedule and enter service with four special short cruises.

The line is also scheduling two seven-night maiden voyages in the Caribbean rather than one as first planned as part of an expanded inaugural season.

Celebrity Edge will homeport in Fort Lauderdale, Florida, making its first sailing on November 21, 2018. This will be one of four new three-day preview sailings to the Bahamas which will also run on November 24, December 3 and December 6.

Celebrity Cruises’ president and chief executive Lisa Lutoff-Perlo said: “Thanks to the amazing work of the STX France shipyard team, the industry-changing Celebrity Edge is now scheduled to arrive much earlier than anticipated, which gave us the opportunity to offer not one, but two maiden voyages.

“Both of these maiden voyages, plus the taste of luxury preview sailings, will have all of the festivities one would expect from the launch of such a revolutionary new ship, and now even more guests will have the chance to experience these one-of-a-kind inaugural sailings.” PHOTO: MSC Cruises celebrates the initial steel-cutting of the MSC Grandiosa. (photo courtesy of MSC Cruises)
MSC Cruises is already anticipating the launch of its next new ship—the MSC Seaside—in December 2017, but another two just progressed further along.

The MSC Bellissima had its traditional coin ceremony, and MSC Grandiosa witnessed its first steel-cutting.

In fact, MSC has a total of four ships currently being built right now as part of its staggering $10 billion, ten-year investment endeavour. The other is the MSC Seaside’s sister-ship, the MSC Seaview. Both are under construction by Fincantieri in Italy.

Over at the STX France shipyard, the Meraviglia-class Bellissima and newly named Meraviglia Plus-class Grandiosa round out the quartet.

“Today we are celebrating a truly unique moment, as it is the first time that key shipbuilding milestones for two different ships are celebrated on the same day,” said Pierfrancesco Vago, executive chairman of MSC Cruises, in a press release. “This is a testimony of the strength and ambition of our investment plan.”

“The Meraviglia generation of ships is already setting a new standard for the cruise industry and is just one of the three brand new prototypes that we have designed to bring the cruise guest experience to the next level. MSC Grandiosa is named to signify magnificence and grandeur, a fitting name for this even richer, ultra-modern mega-ship.”

The Bellissima is the second of the Meraviglia-class following its recently launched sister-ship and namesake MSC Meraviglia. Increasing some in size will be the Grandiosa as the first Meraviglia Plus-class ship.

Vago explained, “Additionally, with MSC Grandiosa we also continue to innovate in the product. Just as MSC Cruises ‘democratized’ the luxury cruise experience when we were the first cruise brand to introduce a ship-in-ship luxury concept, the MSC Yacht Club, we are now doing the same for art and culture with the very first fine art museum at sea. Similarly, MSC Grandiosa will be the third of only four MSC Cruises ships to feature Cirque du Soleil at Sea, hosted in the uniquely complex, custom-built Carousel Lounge.”

Vago also pointed out that the ships will be environmentally-friendly thanks to technologies including hybrid exhaust gas cleaning systems, SCR-Catalysts, state-of-the-art waste management and recycling, emission-reducing energy and heat recovery systems and advanced wastewater treatment.

“Today as we celebrate a cutting of the first steel and then a keel laying in the same day, we are living an unprecedented experience that marks the beginning of a new era, both for our client and for our yard,” said Laurent Castaing, general manager of STX France, in the release.

“For MSC Cruises, it is the realization of an extraordinary investment plan, which will elevate the Company to become one of the three largest players in the global cruise industry; for us, it is the illustration of our very healthy order book, which leads us to deliver two ships a year until 2022. We are partners in the same virtuous circle, where boldness and the performance of each is a benefit to the other.”

The MSC Bellissima—which celebrated its coin ceremony with the placement of two commemorative coins as a blessing and for good luck—will first set sail during March 2019. The MSC Grandiosa will then follow shortly behind in November 2019.

The latter Meraviglia Plus-class ship will build upon the original Meraviglia and Bellissima at 181,000 GRT; 1,086 feet in length and a capacity of 6,334 guests. Featured onboard will be the aforementioned fine art museum with classic and contemporary pieces, as well as the exclusive partnership with Cirque du Soleil.

Besides the Meraviglia-class, Meraviglia Plus-class and Seaside-class, MSC has the new World-class scheduled as well. Altogether, the line will almost double its fleet capacity in only three and a half years between June 2017 and November 2020 as six out of 11 new ships come online.

For now, the MSC Bellissima is already available to book its first Mediterranean summer season, and MSC Grandiosa reservations will be announced soon.

The Seaside will be introduced in the North American market from its very beginning, and the Meraviglia will also join regionally by 2019. By then, both will be locally positioned year-round.