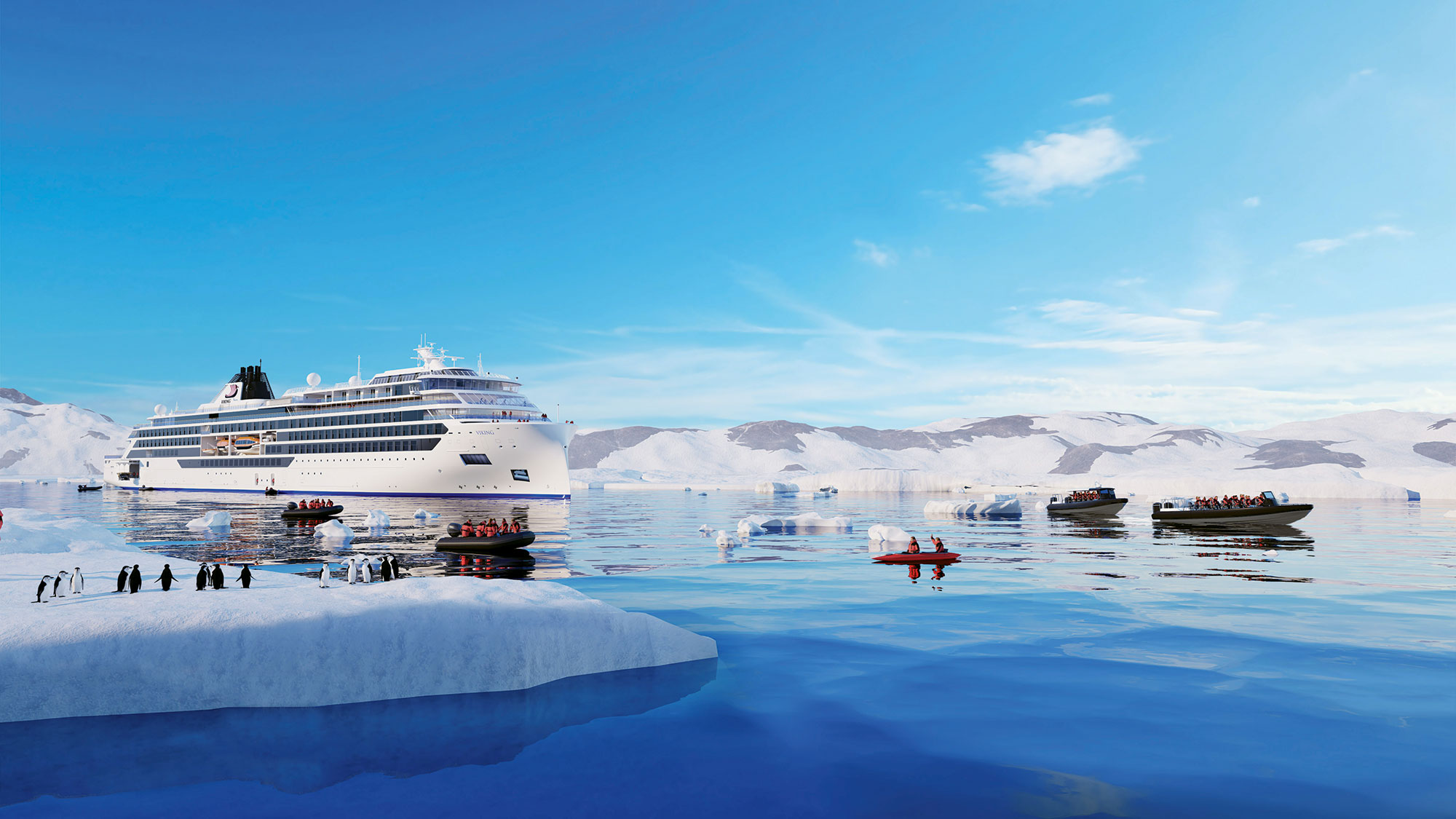 BEVERLY HILLS, Calif. — Viking Cruises has opened the books on a new product line: Viking Expeditions, an expedition cruise line that will set sail in 2022.

Vard, a Fincantieri subsidiary, will build the ice-strengthened ships. 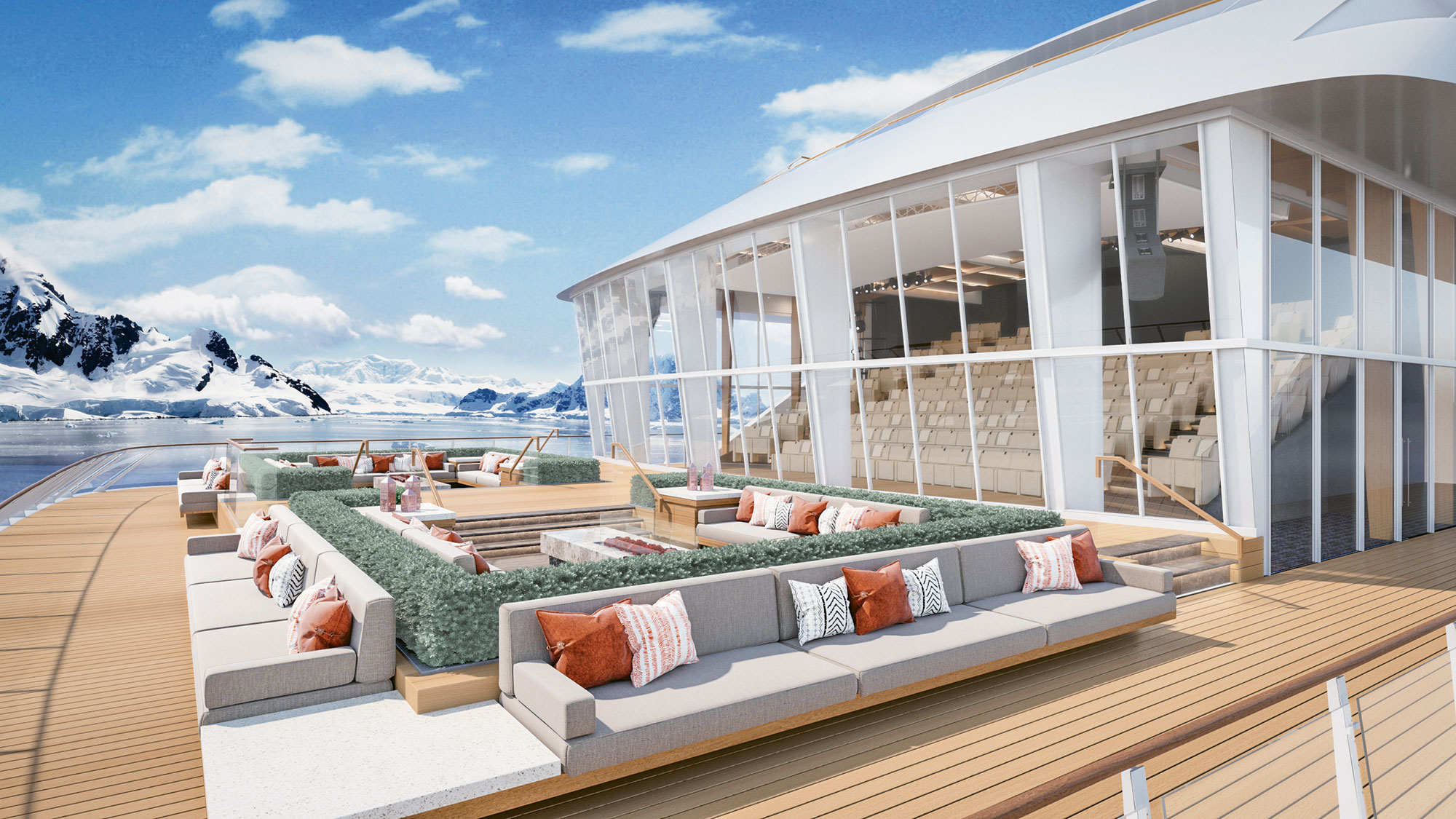 It had been anticipated that Viking was planning an expedition line ever since it placed an order with Vard, which also was constructing expedition ships for Ponant and Hapag-Lloyd.

Viking made the plan’s official during an event for trade and media at the Hilton Beverly Hills Hotel, which featured a naming of Viking Jupiter cruise ship by soprano Sissel Kyrkjebo and a brief performance. (The naming was conducted remotely, as the Jupiter is currently sailing near Ushuaia, Argentina.)

In remarks from the stage, Viking chairman Torstein Hagen said that he had “long had the ambition to do something in Antarctica.” the company had been making plans for an expedition ship as early as 2013.

And there was applause when Hagen revealed plans for the Great Lakes cruises that take in ports such as Thunder Bay, Ontario; Milwaukee, Wisconsin; and Mackinac Island, Michigan, saying that “guests also like to cruise near home.” The ships are being built specifically to fit that water system’s locks.

Viking has also activated the URL viking.com, which include links to all three product lines.

At a Q&A session with the press, Hagen said: “We have one brand, so everybody really knows what they’re getting when they’re getting a Viking product. I think that’s comfortable. From the get-go we said we’re about exploring the world in comfort. So ‘exploring’ has been part of our tagline. It’s a logical step at this time in our career.”

The Octantis and Polaris will do double duty as cruise ships and research vessels. Viking said it will host researchers and scientists via partnerships with the National Oceanic and Atmospheric Administration and the Cornell Lab of Ornithology, among others. Another partnership is with the University of Cambridge’s Scott Polar Research Institute, where Viking has created an endowment, the Viking Chair of Polar Marine Geoscience, that supports the institute’s graduate students.

As part of the endowment, scientists will conduct fieldwork on the ships and interact with passengers.

A 430-square-foot space called the Laboratory will be “designed to support a broad range of research activities,” Viking said. Guests will have supervised access to the area. 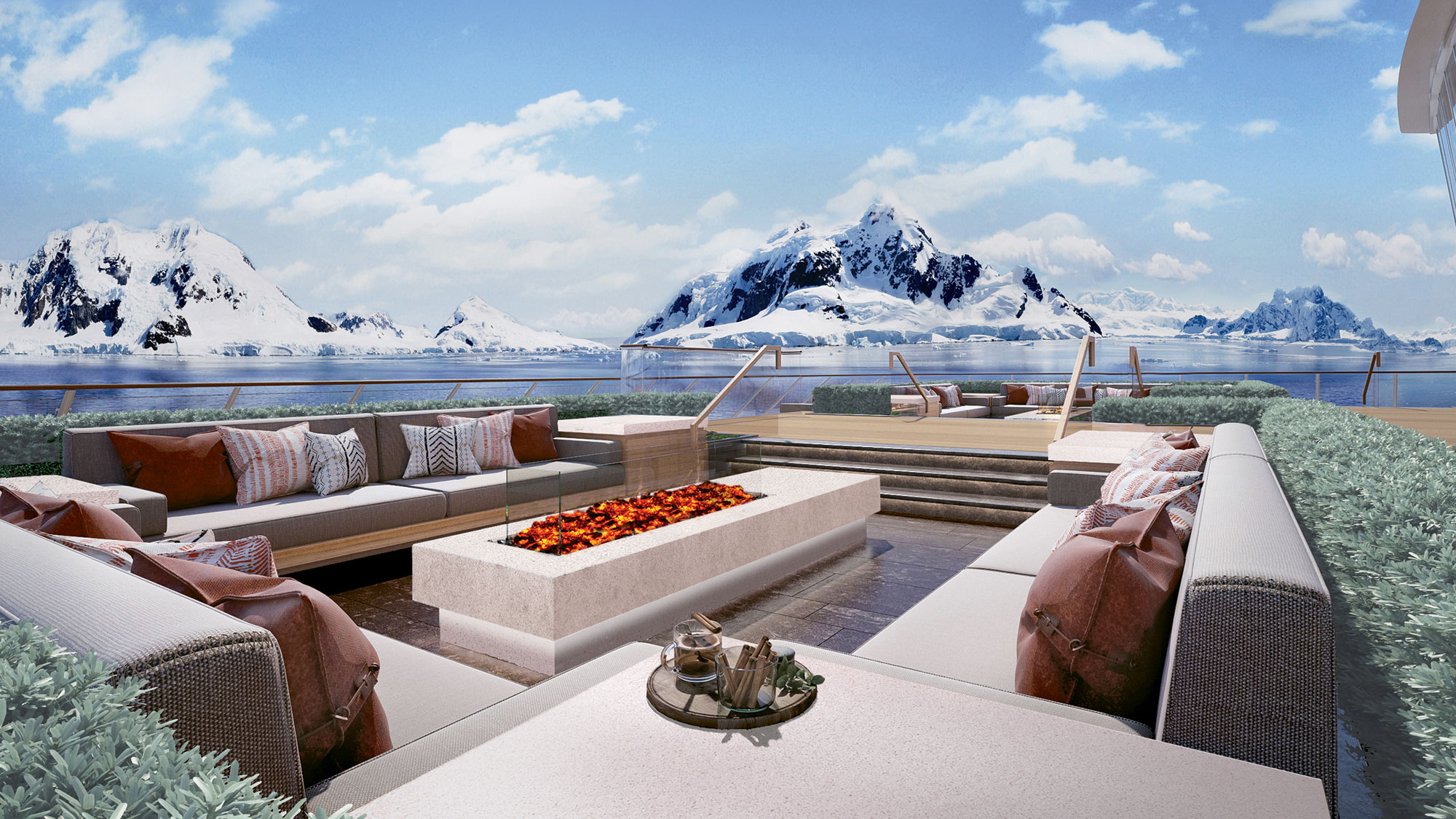 Another view of the Finse Terrace outdoor lounge.

The Laboratory will overlook the Hangar, which Viking said will be an industry first: an in-ship marina enabling the launch of small excursion craft through the ship’s multiple shell doors, including an 85-foot slipway that enables guests to embark rigid inflatable boats (RIBs) from a stable, interior surface. The ships will carry Zodiac craft, kayaks and two six-passenger submersibles.

In the rendering Hagen showed to guests at the Hilton, he pointed out with a smile the colour of the submersibles. “We have a yellow submarine.”

Viking said the ships would meet guidelines and requirements from the International Association of Antarctica Tour Operators, the Association of Arctic Expedition Cruise Operators and others. The ships’ straight bows are expected to reduce fuel consumption. A dynamic positioning system will enable the ships to hover over the seabed without anchoring.

Each passenger will be provided with a Viking Expedition Kit with boots, binoculars and waterproof pants. They will have access to satellite phones, VHF radios and excursion gear like trekking poles and snowshoes.

The expedition ships will feature the Scandinavian design ethos seen on its river and ocean ships. Guests who have sailed Viking will recognize some of the public spaces on Octantis and Polaris. But there will be touches unique to the ships.

For example, the cabins will have what Viking called a Nordic Balcony: a sunroom where the top of the glass can be lowered to the open air. “You don’t need an outdoor balcony — it’s cold,” Hagen said. “We’ve taken that space and brought it inside.” He also showed off an image of the drying closet that will be in each cabin, for airing and drying items like wet expedition jackets and gear. 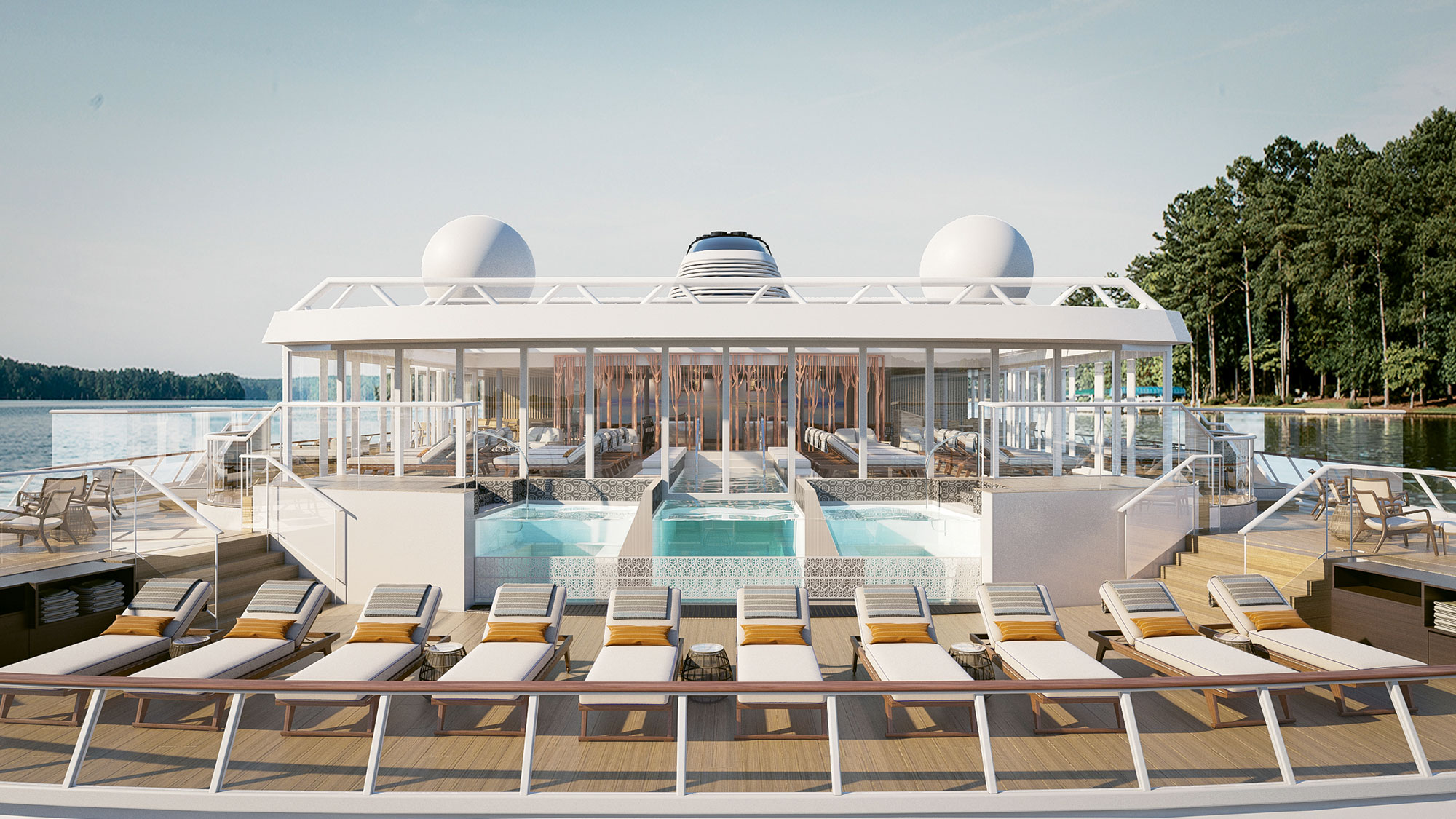 A rendering of the expedition ships’ pool deck.

Viking is designing the aft decks of the ships as a combination lecture hall and outdoor lounge. The Aula auditorium is inspired by the University of Oslo’s hall where Nobel Peace Prizes were awarded, and its backdrop will be floor-to-ceiling windows with 270-degree views.

Adjacent to the Aula will be the Finse Terrace, an outdoor lounge with couches and warming lava rock “firepits.” Viking said the two spaces can be combined for “an unmatched alfresco experience for guests to be immersed in nature.”

This report was updated to include remarks by Viking chairman Torstein Hagen.