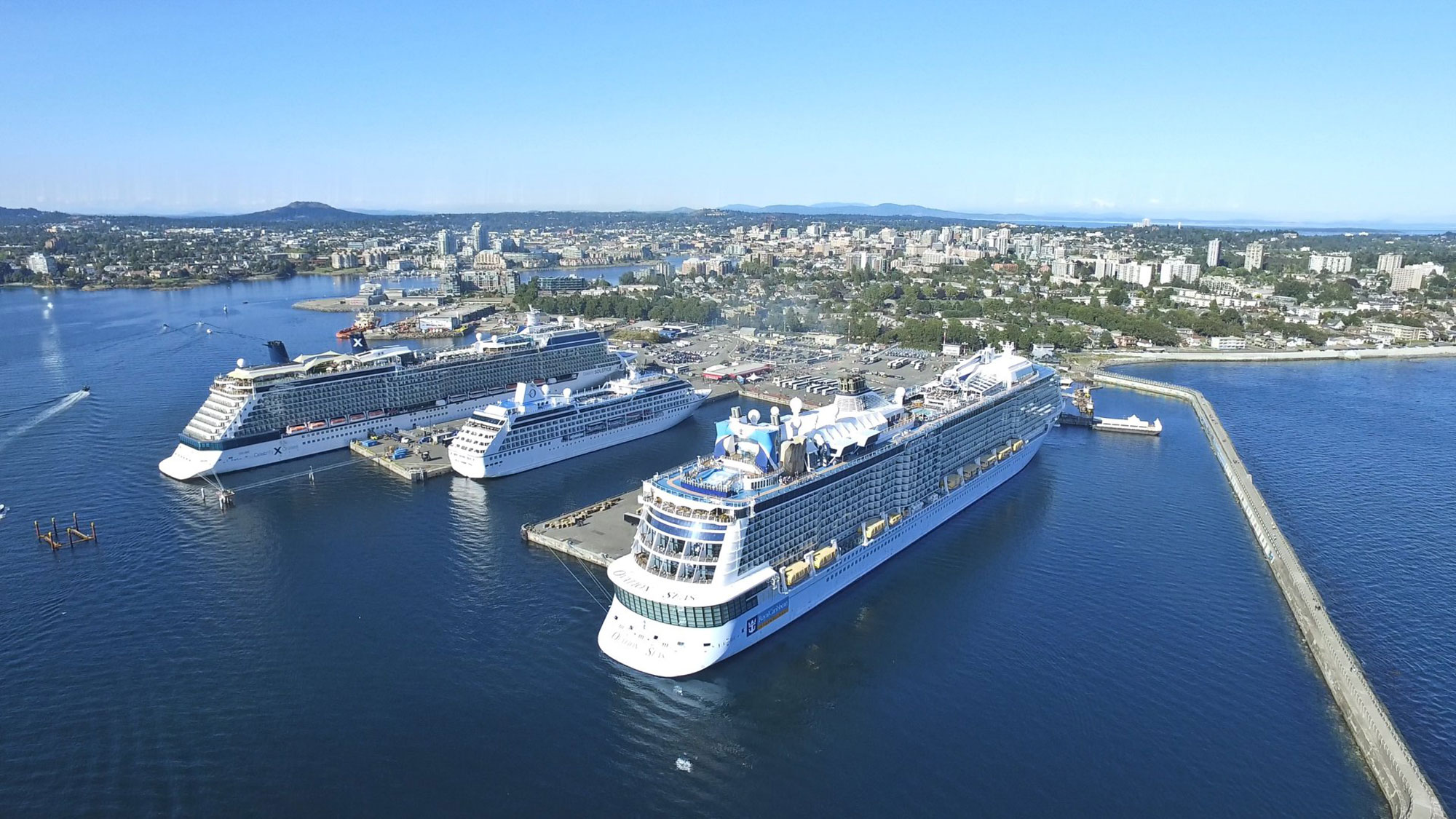 Alaska cruises from Seattle must call in Victoria, B.C., in accordance with U.S. cabotage laws.

Canada’s government will restrict cruise ships with more than 500 passengers from calling at its ports until at least July 1, delaying the start of the Alaska cruise season for most large ship lines.

The decision will impact Alaska cruises from Seattle that have to call in Victoria, B.C., in accordance with U.S. cabotage laws requiring foreign-flagged ships sailing from U.S. ports to call in a foreign port before returning to the U.S.

Small-ship lines that operate in Alaska with U.S.-flagged ships such as Lindblad Expeditions, Alaska Dream Cruises, Uncruise Adventures and American Cruise Lines will not be impacted.

More than 140 cruise ships from 10 countries docked in Canada last year, Canada said, bringing at least 2 million travellers to the country. The country also deferred all cruise vessel calls in the Canadian Arctic for the entire cruise season this year, citing the limited public health capacity in Canada’s Northern communities.

“There is no immediate solution to allow cruise ships to operate in Canada while adequately containing the public health risk associated with Covid-19, other than delaying the start of the cruise ship season,” said Canada Minister of Transport Marc Garneau. “We do not take these decisions lightly and will continue to reassess as the situation evolves.”

Ever been on a cruise, and browsed the Jewelry shop on board; then Stop and Think. On a recent Norwegian Jade cruise to Norway, Iceland and Scotland we went into the Colombian Emeralds International shop, full of tempting jewelry, from rings, watches, and necklaces.

My Son and I are interested in watches and between us we have a good collection, I’d see an advert in the Atrium for a Citizen Atomic Timekeeper, with a Titanium strap, the price on the label was over $1100 but with their discount became $560; Wow. Great sales pitch and with the guarantee of ‘You Can’t Buy This Cheaper At Home’; they were right. The Watch is not available in the UK or US markets; but thanks to the internet and a bit of hunting i found it, with a surprise only $65 cheaper; Not to bad.

Another story which prompted me to blog this topic was from a fellow guest. This lady and her friend looked at a Sapphire ring with diamonds around it, total  of 4.6 carats. Price before the discount was $460k after the discount she was offered a price; came down by a whopping $241k to a attractive $219k. The ladies in question decided to go away and ponder on the price. The following day and a different sails person offered the same ring to her Husband for $485k after discount!!!! the ladies went there 20 minutes later and yes you have guessed it, she was given a price of $179k a price drop of $40k in 12 hours of their own price but $306k difference from her husband.

How can there be so many prices, for the same ring, nether mind a different price for a male. Needless to say they didn’t buy the ring, and told me the story knowing i’m a cruise blogger. I’ve since researched Colombian Emeralds International quite deeply and found that on the Guarantee it states

‘ In the guarantee, it specifically says that there is no guarantee that the purchase will appraise for the purchase price, because “appraisals are subjective”‘.

and on cruise website with forums there a lot of complaints about the value of their goods.

So whats the answer, if you like what you see and how it feels, and reminds you for a great cruise then is the price any concern, after all how many of us are willing to buy a photo we don’t want for $15 to $20 each, when the average website photo print price is about $0.40 per photo. What price can you put on good memories, but do beware if they can knock off 70% straight away then red flags should be waved.

Where do travelers get an idea of which cruise line to choose, or even the idea to cruise at all? One traditional source has been consumer magazines, and especially Travel + Leisure and Conde Nast Traveler.

The glossies make cruising an aspirational vacation, but both of them are in flux. Travel + Leisure is being sold by longtime owner American Express to the venerable magazine publisher Time, Inc., while Conde Nast Traveler has jettisoned its veteran editor and appointed a new one; last week, according to reports, nearly half of its editorial staff was dismissed.

What does their future hold?

In the cruise universe, the two high-end publications are perhaps best known for producing “best of” lists that give bragging rights to the industry.

Silversea Cruises, for example, has a page on its website that notes it has been named best small ship cruise line nine times by Conde Nast Traveler and seven times by Travel + Leisure. Conde Nast Traveler polls its readers about their preference in small, medium and large ship categories, and river cruises are ranked as well.

Both also publish a list of top travel agents.

Beyond recognition and editorial focus, the magazines are marketing vehicles for cruise lines trying to reach their customers. They’re particularly valuable for smaller lines that can afford a page in one of the two magazines but don’t have the budgets to afford national television ads, a la Carnival Cruise Lines and Royal Caribbean International.

Costa Cruises, a niche player at this point in the U.S. market, advertises almost exclusively to consumers in Travel + Leisure.

The divestiture of the American Express Publishing Corp. appears to have little to do with travel and everything to do with finance. In announcing the sale to Time, American Express said new banking regulations “limit our ability to engage in nonfinancial activities.”

The acquisition follows a 20-year relationship between Time Inc. and American Express Publishing during which Time Inc. has provided management services support to the company.

Although Time is being spun-off from parent company Time Warner and faces its own issues, it isn’t expected to significantly change the editorial mission of the American Express magazines after the deal closes in the 2014 fourth quarter.

The direction of Conde Nast Traveler appears less certain, after the dismissal of Klara Glowczewska, who had been editor in chief since 2005.

The new editor, Pilar Guzman, comes from Martha Stewart Living, and is said to be steering Traveler towards softer, shorter lifestyle stories. Major changes aren’t expected to hit print until early next year.