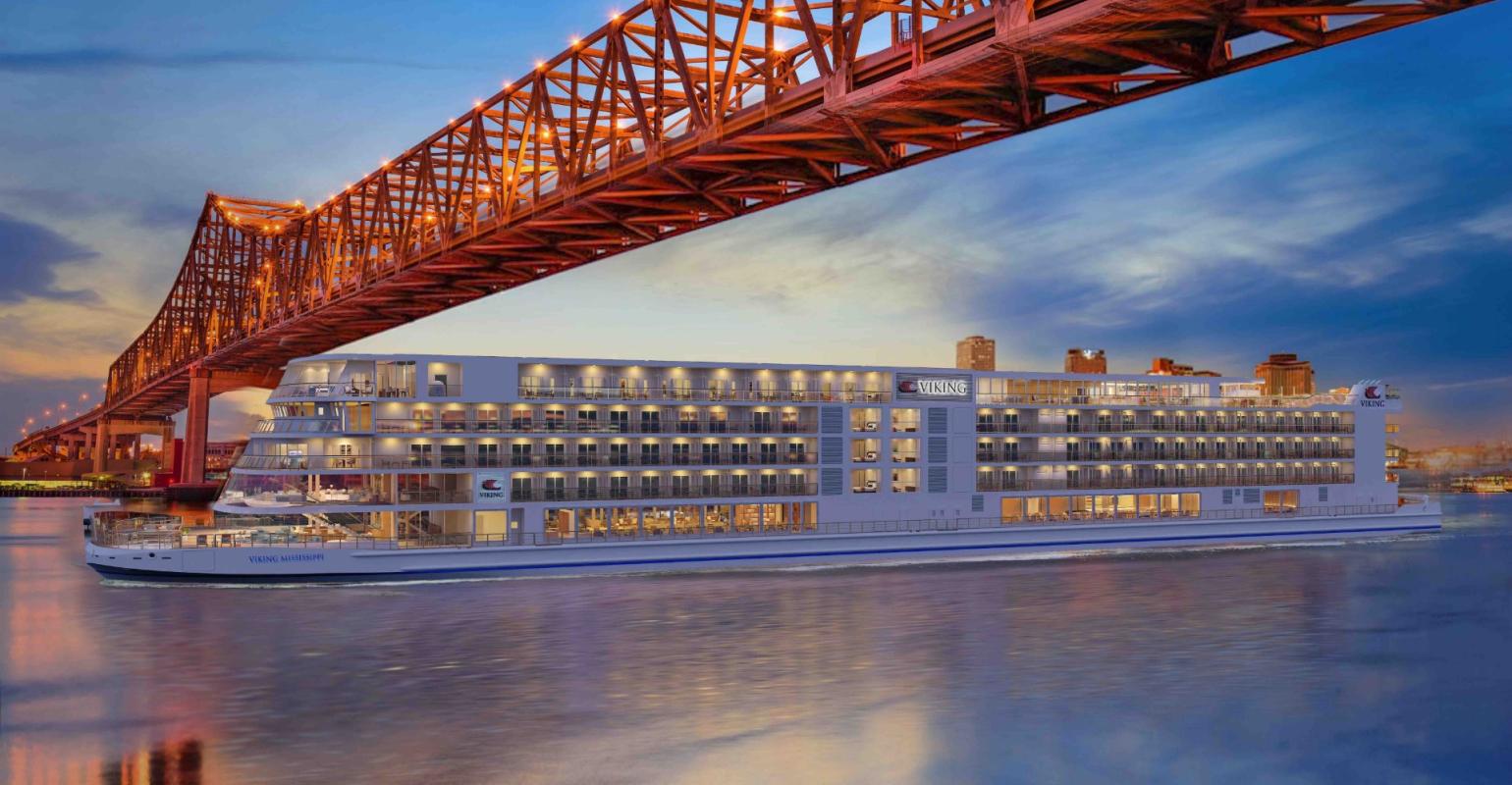 Viking is extending its reach on rivers in North America with its first custom-built vessel despite the current shutdown of operations due to coronavirus.

The company is to deploy new ship Viking Mississippi from August 2022 between New Orleans and St Paul.

The 386-passenger ship is being purpose-built for the Mississippi with five decks including a plunge pool.

The move honours a commitment Viking chairman Torstein Hagen made to past passengers to launch a Mississippi venture by early April.

Itineraries will be between eight and 15 days in duration.

Hagen said: “At a time where many of us are at home, looking for inspiration to travel in the future, I am pleased to introduce a new, modern way to explore this great river.

“We invented the concept of modern river cruising when we got our start 23 years ago – first on the rivers of Russia and then in Europe.

“Since then, many people have come to appreciate the unique exploration that comes with river cruising, but currently there are very few options to do so on American rivers.

“Our guests are curious travellers, and they continue to tell us that the Mississippi is the river they most want to sail with us. No other waterway has played such an important role in America’s history, commerce and culture.”

The latest development follows the January unveiling of Viking Adventures with 378-passenger expedition ship, Viking Octantis, launching in January 2022 on voyages to Antarctica and then North America’s Great Lakes.

A second expedition vessel, Viking Polaris, will debut in August 2022, sailing to Antarctica and the Arctic. 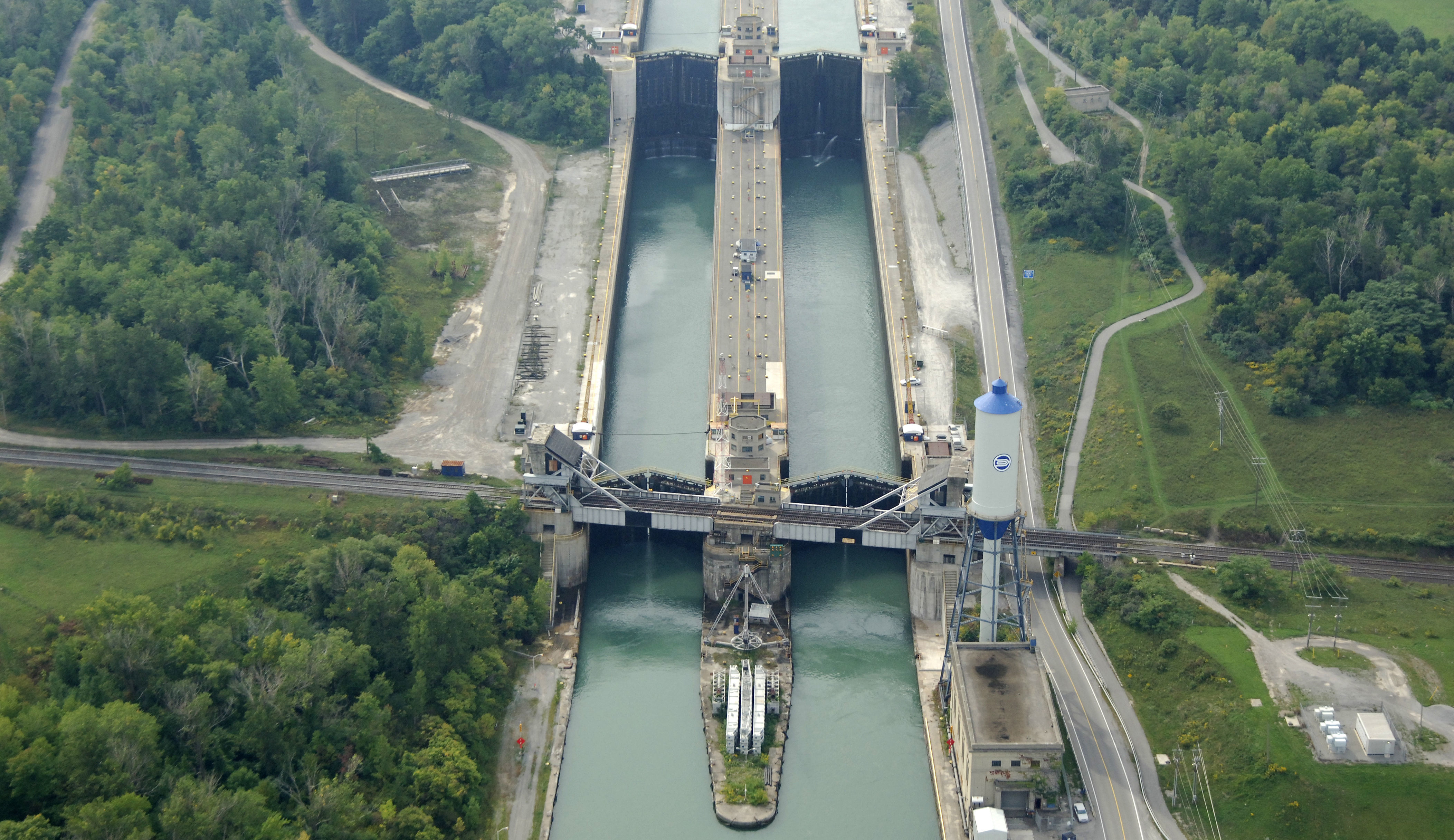 BEVERLY HILLS, Calif. — Viking’s pair of expedition ships will operate winter cruises in Antarctica. But in the offseason, one of the vessels will head to a slightly more unusual destination for an expedition ship: the Great Lakes.

The two ships have ice-rated hulls for polar operations, but their beam and length were calculated specifically to fit through the Welland Canal locks between Lake Erie and Lake Ontario, which provide access to the western portion of the St. Lawrence Seaway.

In introducing the expedition line from the stage at the Beverly Hilton Hotel, Viking chairman Torstein Hagen said, “We do our research, and we know our guests also like to be cruising near to home.”

The unveiling of the Great Lakes itineraries brought exclamations and applause from the audience.

“I think this new cruising area, the Great Lakes, should be a very interesting place,” Hagen said, adding that he thought it had been “underserved.”

The cruises to the lakes on the Viking Octantis will start in the summer of 2022 and sail between Thunder Bay, Ontario, and Milwaukee and between Milwaukee and Toronto. Depending on the itinerary, the ship will visit Georgian Bay in Lake Huron; Mackinac Island, Detroit and Traverse City, Mich.; and Duluth, Minn.

The voyages would mix visits to urban destinations with wildlife sightings, kayaking and hiking.

As with Arctic and Antarctic cruises, scientists will be on board; the Octantis, like its sister ship, the Polaris, has dedicated lab space. On the Great Lakes cruises, scientists from the National Oceanic and Atmospheric Administration will conduct research on the region’s weather, climate and ecosystem and will serve as guest lecturers.

The news that Viking River Cruises will add 24 Longships to its fleet signals two things: That following a brief lull in shipbuilding momentum, Viking is experiencing strong enough demand to merit a hefty commitment to more ships, and that the river cruise industry at large is entering a new growth phase.
So, let’s start with Viking. With the addition of 24 vessels in addition to the existing 65 ships already in the company’s river fleet (though we don’t know if and how many ships the company may retire in the coming years), one has to ask, what is in Viking’s secret sauce that lets it sustain such growth?
While only Viking is privy to the nuances of its success, the line has certain unique features that have likely helped fueled its expansion and popularity.
For one, Viking has become a household name in river cruising thanks in large part to its ads that blanketed popular TV programs like Downton Abbey on PBS and that air on National Public Radio. That kind of brand recognition definitely gives it an advantage.
In addition to product awareness, Viking has found the sweet spot in offering well-designed hardware at affordable prices. The line’s newest vessels, the Viking Longships, launched in 2012, feature open and airy public areas and contemporary Scandinavian design that makes them feel like unstuffy, sleek floating hotels. They also offer a wide range of stateroom options, from a modest 150-square-foot lower deck cabin with small windows to 275-square-foot veranda suites with step-out balconies and 445-square-foot explorer suites with a separate living room and bedroom.
It doesn’t hurt that Viking is also known for its attractive deals. For travellers who find river cruising to be too expensive, Viking’s promotions make its cruises more attainable.
Viking also pays agent commission on all components of its river cruises, including port charges and airline fees, which few other lines do.

The steady stream of ship orders suggests that demand for river cruising hasn’t let up. So, can Europe’s rivers sustain all the inventory? Well, there are certain issues the industry needs to consider as it continues on its shipbuilding path, including staggering itineraries so that that numerous ships aren’t all docked in the same ports at the same times. And docking space itself needs to be re-evaluated and solutions explored to ensure that ports don’t get overcrowded.