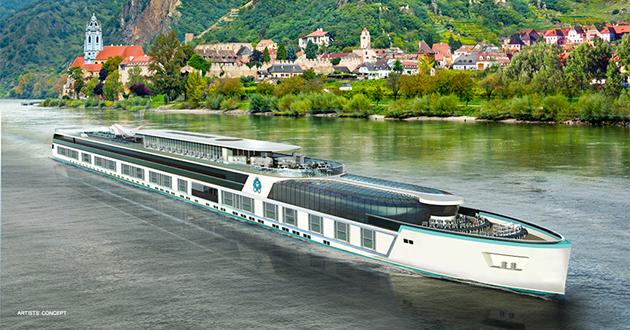 Craft brewers from as far afield as Speyside and Dunbartonshire, Scotland, and the Isle of Man and Dorset, have been recruited to stock the shelves of P&O’s Brodie’s bar on its new ship – named in honour of its founding partner Brodie McGhie Willcox.

Among the 70 beers and ciders P&O Cruises are lining up are Black Sheep from Masham, North Yorks and Rutland Panther from Oakham. You’ll also find Admiral Lord Collingwood from Northumberland rubbing shoulders with a Knight of the Garter from Windsor and Eton.

With a couple (or more) beers inside them, passengers might be forgiven for doing a double take when they walk past a pair of artworks that best represent Britain today.

The ship, being christened in Southampton on March 10, takes a prominent position but so does Glastonbury’s Michael Eavis with his beard represented by festival revellers and London’s Shard – which might be the tallest building in Europe but would be dwarfed by Britannia if it was stood on its stern.

Mary Berry, who is expected to be giving lessons in the Cookery School and Marco Pierre White, who is devising menus for gala dinners, are also there, along with faces less likely to be seen on board such as Posh and Becks, Boris Johnson and Simon Cowell.

Fares for seven nights on the biggest ship to be built for the British market start at £699pp.

See video of Britannia undergoing her first sea trials below 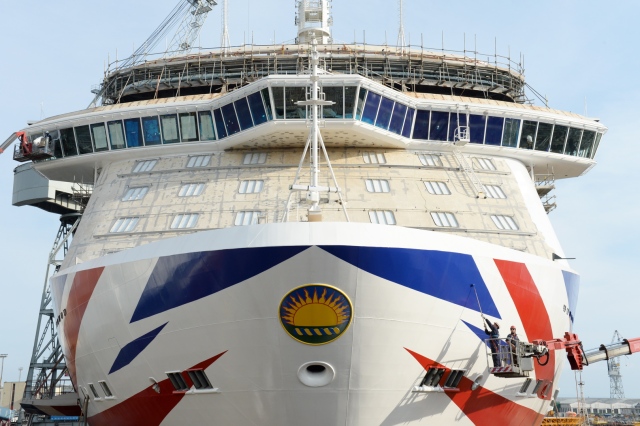 Cruise ship runs aground in Scotland

A small cruise ship ran aground in Oban Bay in Scotland yesterday evening.

The MS Serenissima, which was recently refurbished and is under charter to Noble Caledonia, is reported to have 112 people on board.

No-one was believed to have been injured in the incident.

The vessel was refloated in the early hours of this morning after it ran aground in Oban Bay. Divers will carry out underwater surveys of the vessel to ensure its seaworthiness.

An initial attempt to refloat the ship using its own engine, with a lifeboat pulling from astern, failed because of strong winds blowing the ship towards the shore.

High tide was not due until around midnight but it was hoped to tow the vessel off around 10.30pm.

An RNLI spokesman told the BBC last night: “The vessel is currently aground at the bow but still afloat at the stern.

“The initial attempt at refloating the ship used its own engine with the lifeboat providing assistance by pulling at the stern.

“Unfortunately this attempt was hampered by a strong wind blowing the ship towards the shore, and was unsuccessful.

“The lifeboat is now working with the crew of the ship to refloat it at a higher state of tide.”

The local Oban Times newspaper reported: “It would appear that the 87-metre MS Serenissima went the wrong way round a navigation buoy, as she encountered the MV Isle of Mull ferry, when she entered Oban Bay in Argyll from the north.”

The vessel was completing an 11-day ‘Great Gardens and Houses of Britain and Ireland” itinerary which left Poole on May 11.

The ship, which previously operated for Hurtigruten on Norwegian coastal voyages as the Harald Jarl, is scheduled to depart from Oban today (Tuesday) on a seven-night Hebridean cruise, according to Noble Caledonia’s 2013-14 Small Ship Cruising in Britain and Ireland brochure.